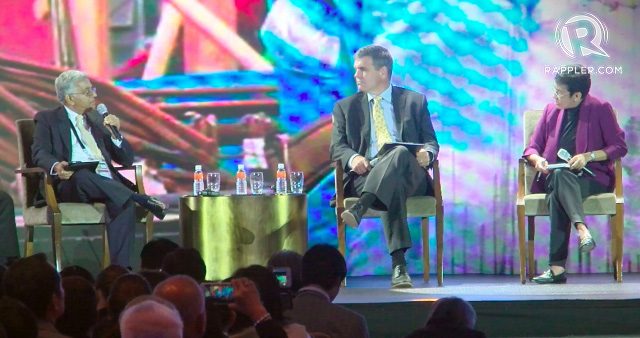 “You have 400 million lacking electricity, 300 million don’t have safe drinking water, and over a billion people don’t have basic sanitation facilities. In other words, we have a long way to go. We need huge investment,” Diwakar Gupta, vice president of the Asian Development Bank (ADB), said during the ASEAN Business and Investment Summit in Parañaque City on Monday, November 13.

The ADB and the 10 ASEAN member countries established the ASEAN Infrastructure Fund to address the region’s infrastructure development needs by mobilizing savings like foreign exchange reserves. (READ: Which ASEAN economy has the most developed infrastructure?)

The fund provides loans of about $300 million yearly to finance infrastructure investment deals in the transport, energy, water and sanitation, environment and rural development, as well as social infrastructure sectors.

“This kind of money will not come from the government. You have to pull it from the private sector. From there, PPP deals are a great way to move forward,” Gupta said.

This was echoed by AirAsia Group chief executive officer Tony Fernandes also recommended the PPP route to hasten the implementation of infrastructure projects.

“Airports seem to take a long time to build. I encourage more PPP [deals]. If I have to do it my way, I would ask JAZA (Jaime Augusto Zobel de Ayala) or Ricky (Enrique Razon Jr) to build one,” Fernandes said in jest.

Ayala Corporation chief executive officer Jaime Augusto Zobel de Ayala, who said there should be an increase in the number of PPP infrastructure projects.

“I believe in public-private partnerships. Infrastructure are about ecosystems. You cannot just do one,” Zobel de Ayala said.

In the Philippines, the administration of President Rodrigo Duterte has veered away from the PPP route, shifting its focus to official development assistance. (READ: PPP Center rebuilds pipeline with new focus: LGUs) – Rappler.com