‘You’re a woman, what do you know about cars?’ 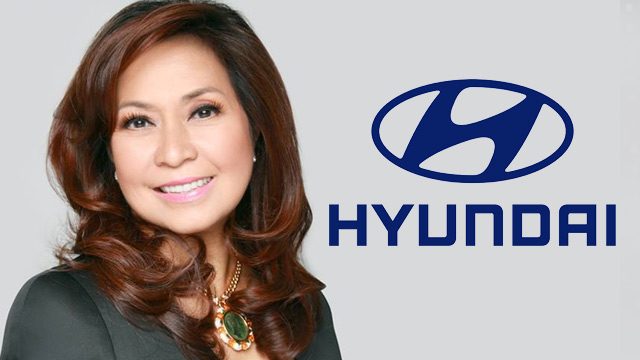 “In a meeting with 10 or 12 male executives in Korea, they looked at me and they only had one question. ‘You are a woman. What do you know about cars?'”

The sexist remark made her want to walk out, but she didn’t. She has already left a lucrative real estate job in favor of a career in the male-dominated automotive industry, so she gathered some inner strength and replied: “Can you treat me as a coequal even just for 30 seconds?”

Without blinking an eye, she said next: “You are a Korean. What do you know about the Philippine market?”

That clinched the deal.

Getting into these “game-changing” situations that level the playing field for women require “competence, attitude, and packaging,” she told an audience of business owners, government officials, and other executives from Southeast Asia.

She urged the audience to “continue challenging and to reframe the social expectations and attitudes toward women and women leaders.”

She highlighted another tool, saying, “Education is the number one leveler and penetrating strategy for women in a perceived male-dominated industry.”

Agudo and her partners established Hyundai Asia Resources Incorporated (HARI) to market the Korean brand in the Philippines, and how she handled that 2001 meeting eventually changed the industry landscape in the Philippines.

Not long after, Hyundai was grabbing significant market share from Japanese and American brands that already had a firm footing in the domestic car industry.

HARI, where Agudo is president and chief executive officer, joined the ranks of Toyota and Honda in the industry’s top 3 in only a decade or so. It earned her various accolades, including being recognized by Ernst & Young as Woman Entrepreneur of the Year-Philippines in 2011.

Fast forward to 2017, gender disparity is less of an issue to Agudo and her peers.

HARI and the entire industry are facing disruptive technologies that will likely erode the double-digit growth in vehicle sales in the Philippines that players have been enjoying in the past years.

The continued demand for the services of ride-sharing firms, like Grab and Uber, and other potential innovative alternatives to consumer mobility, such as driverless cars and flying taxis, will shift market positions of current players, Agudo shared.

By 2030, the evolution of the industry – not whether one is male or female – will decide who will be the losers and winners. – Rappler.com