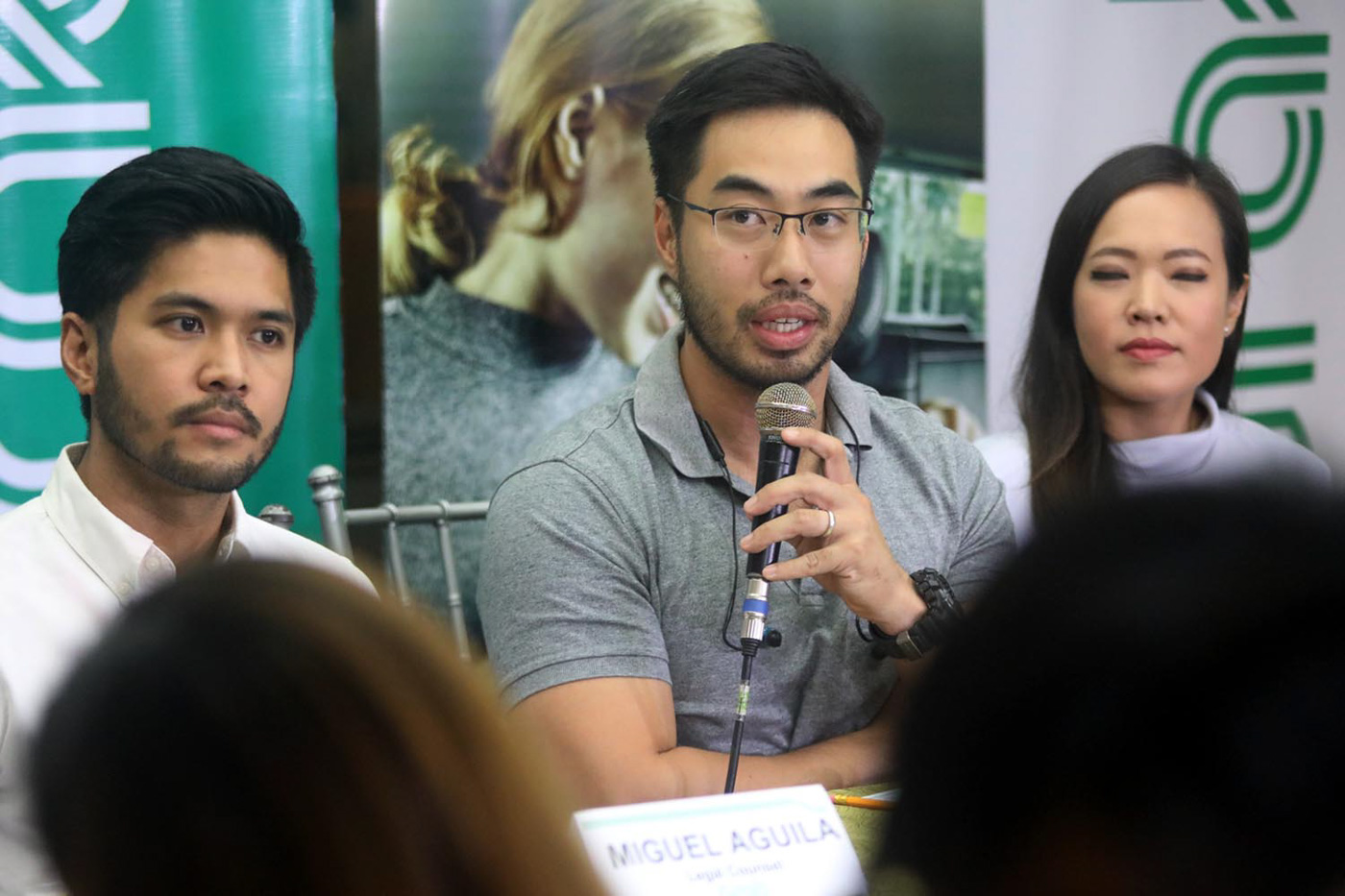 MANILA, Philippines – Grab Philippines said on Wednesday, April 18, that its riders were not informed about the company’s P2-per-minute travel charge when it was first added to their fare in June last year.

Grab Philippines head Brian Cu made the statement in response to questions in a press briefing on Wednesday.

“Riders were not informed [of the additional P2-per-minute charge]. There were no comms (communication) to the riders,” Cu said, when asked if Grab riders were informed of the charge through the Grab app or via social media.

Cu said that there is no fare breakdown provided to riders as what they are shown upon booking is the “upfront price” or the total fare they pay at the end of the trip. This includes the computation for the travel duration charge.

“The point that we like to make here is that the price for Grab is not the pre-agreed per kilometer or per minute but at the end of the trip, the sum of all those factors [are charged] and it’s fixed,” he added.

The company head maintained that Grab is “transparent” in its charges, and reiterated that there was nothing illegal in charging the P2-per-minute charge, contrary to the allegation of PBA Representative Jericho Nograles.

Cu said that their rates are now shown on their website. (READ: Did Grab ‘illegally’ charge its riders higher fare?)

Grab charges a flagdown rate of P40, with an additional P10 to P14 per kilometer. The travel duration charge is added on top of the base fare and distance charges. The Land Transportation Franchising and Regulatory Board is investigating the alleged “illegal” charges.

Nograles is demanding that Grab refund its customers a total of P1.8 billion in overcharged fares for the last 5 months alone.

“Grab would like to set the record straight. Our fares are legal: ‘Fares are set by the TNCs (Transport Network Company) and is subject to oversight from the LTFRB in cases of abnormal disruptions in the market,'” he said.

On Tuesday, April 17, Cu, Aguila, and Grab lawyer John Paul Nabua appeared before the LTFRB to explain why Grab’s accreditation should not be suspended or revoked amid allegations of  unauthorized charges.

Aguila also said that the LTFRB was informed about Grab’s pricing scheme through the technical working group (TWG) in July, or a month after Grab started to impose the travel duration charge.  (READ: LTFRB to Grab: Why change fares on your own?)

He added that the email correspondences with the LTFRB on Grab’s fare pricing scheme also transpired last year.

Back to drivers, passengers

Cu also said that the P2-per-minute charge did not go to the company, but benefitted both riders and passengers.

“Fares are more fair for both sides and this P2-per-minute did not go to Grab. But it went to the drivers, it was reinvested by way of incentives or promos for passengers,” he said.

Some Grab operators and drivers earlier expressed fears that they would bear the brunt of the refund, should LTFRB deem the charges illegal. Nograles had said that drivers should be spared if a refund is ordered by the regulatory agency.

Cu also said that Grab always complies with government regulations. When the LTFRB ordered Grab to lower its surge pricing cap from multiplied by two times to only 1.5 times the normal fare, it immediately implemented it, he said.

Grab is now the only transport network company offering ride-hailing services in the Philippines, after Uber closed down on April 16.

Four other ride-hailing companies are applying for LTFRB accreditation. – Rappler.com