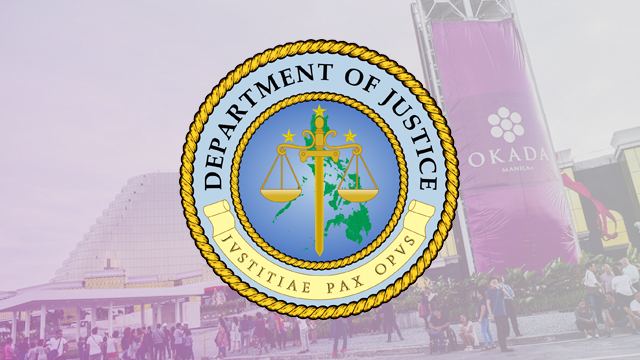 MANILA, Philippines – The Department of Justice (DOJ) was asked to start a new investigation into the $10-million estafa complaint against Japanese tycoon Kazuo Okada.

“There are legal grounds to vacate the assailed resolution. Judgment may be set aside or vacated when there is a violation of due process, like when a prosecutor is evidently biased and partial in favor of the respondent,” TRLEI said.

The company previously asked the DOJ to investigate the alleged leaking of a resolution signed by Parañaque City Prosecutor Amerhassan Paudac, in favor of the Japanese tycoon. Portions of the resolution were posted on social media by a certain Chloe Kim, said to be a “close companion” of Okada.

TRLEI also earlier asked Paudac to inhibit from the case. He granted this request.

Following this, Justice Secretary Menardo Guevarra ordered the National Bureau of Investigation (NBI) to probe the alleged leak and ordered that the complaint be transferred to the DOJ.

“Premature disclosure of orders and resolutions prior to official release is not allowed unless there are compelling reasons that would sufficiently justify the same,” Guevarra previously said.

Guevarra, however, said the DOJ would not set aside the resolutions issued by the Parañaque City Prosecutor’s Office despite TRLEI’s complaint about the supposed leak.

He said the resolutions will remain subject to motions for reconsideration or petitions before the DOJ.

“If upon review, the DOJ sees it differently, the resolutions may be set aside, reversed, or modified accordingly,” Guevarra said. – Rappler.com