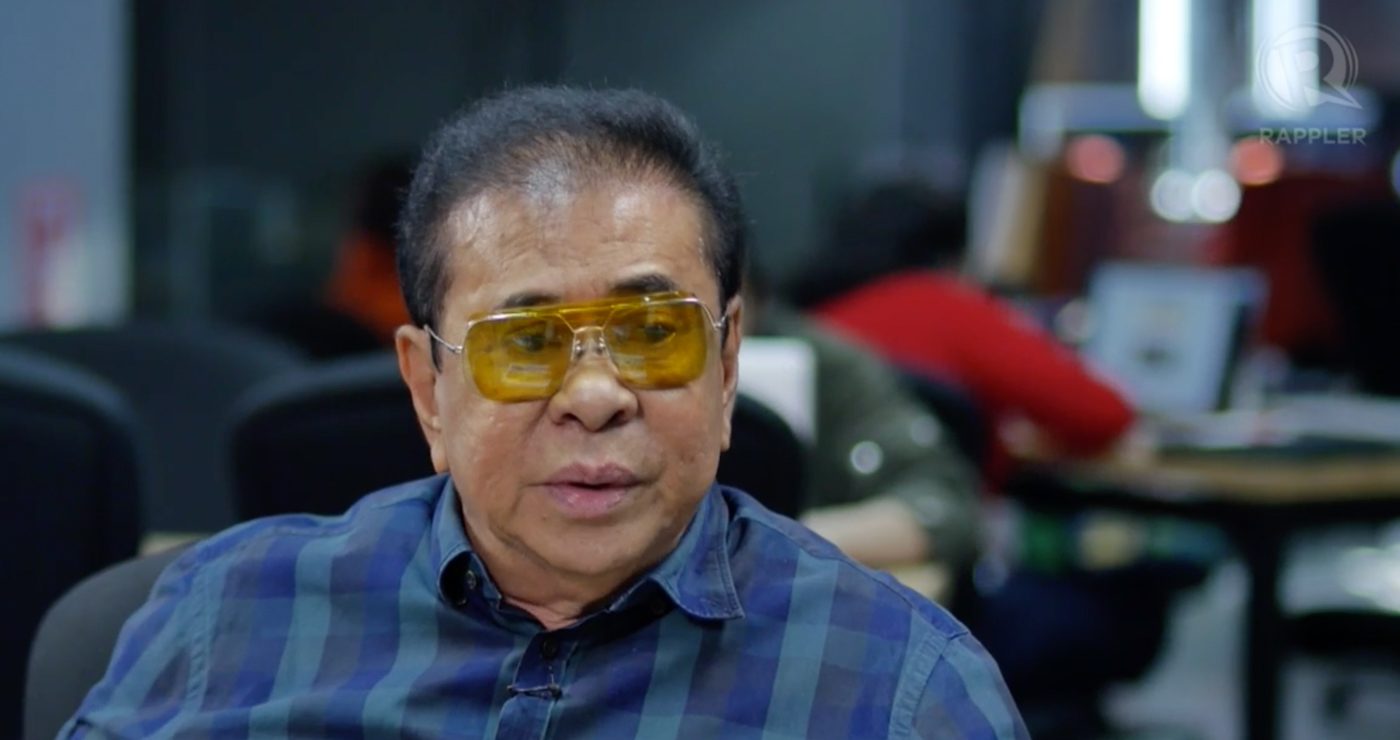 MANILA, Philippines – Former Ilocos Sur governor Chavit Singson is confident that his consortium will win in the bidding for the 3rd major telecommunications player and can deliver the cheapest services.

“Kung P100 ang presyo nila (Globe or Smart), kami P5 lang. Dapat nga libre ang Wi-Fi (If the price of Globe or Smart is P100, ours is only P5. Wi-Fi should actually be free),” said Singson in a Rappler Talk interview on Wednesday, October 31.

His namesake company, Luis Chavit Singson (LCS) Group, tied up with TierOne Communications to bid for the 3rd telco slot. The former governor is president of the LCS Group.

Singson said they would be able to significantly bring prices down and have nationwide coverage through their recent acquisition of broadband satellites.

He added that they were able to sign an agreement with aerospace company Boeing for the broadband satellites.

Singson also said they would establish a “telco-in-a-box” in over 50,000 communities. The facility features solar-powered equipment enclosed in a shipping container which would provide internet within a 500-meter vicinity.

The terms of reference require bidders to spend at least P140 billion. With such a hefty capital required to operate, how would Singson’s consortium profit from the endeavor?

Singson simply said they are doing “service to the Filipino,” and even went on to say that they will be doing “charity.”

However, Simon Fjell, vice president of TierOne Communications, explained that they will get revenues not from the telecommunications services and Wi-Fi, but from other services such as mobile banking and blockchain applications.

He said the services could “easily” earn them at least P30 billion in revenues yearly.

“We will be building an ecosystem that comprises connectivity, content, and distribution of devices. We will be democratizing telecommunications,” said Eduardo Millana, president and CEO of Millawave Systems Corporation.

Millawave Systems is among the 17 other companies that are part of the consortium with Singson.

With all the companies backing up the endeavor, and with funds and loans up their arsenal, Singson sees “no way” they will not win the bid. – Rappler.com