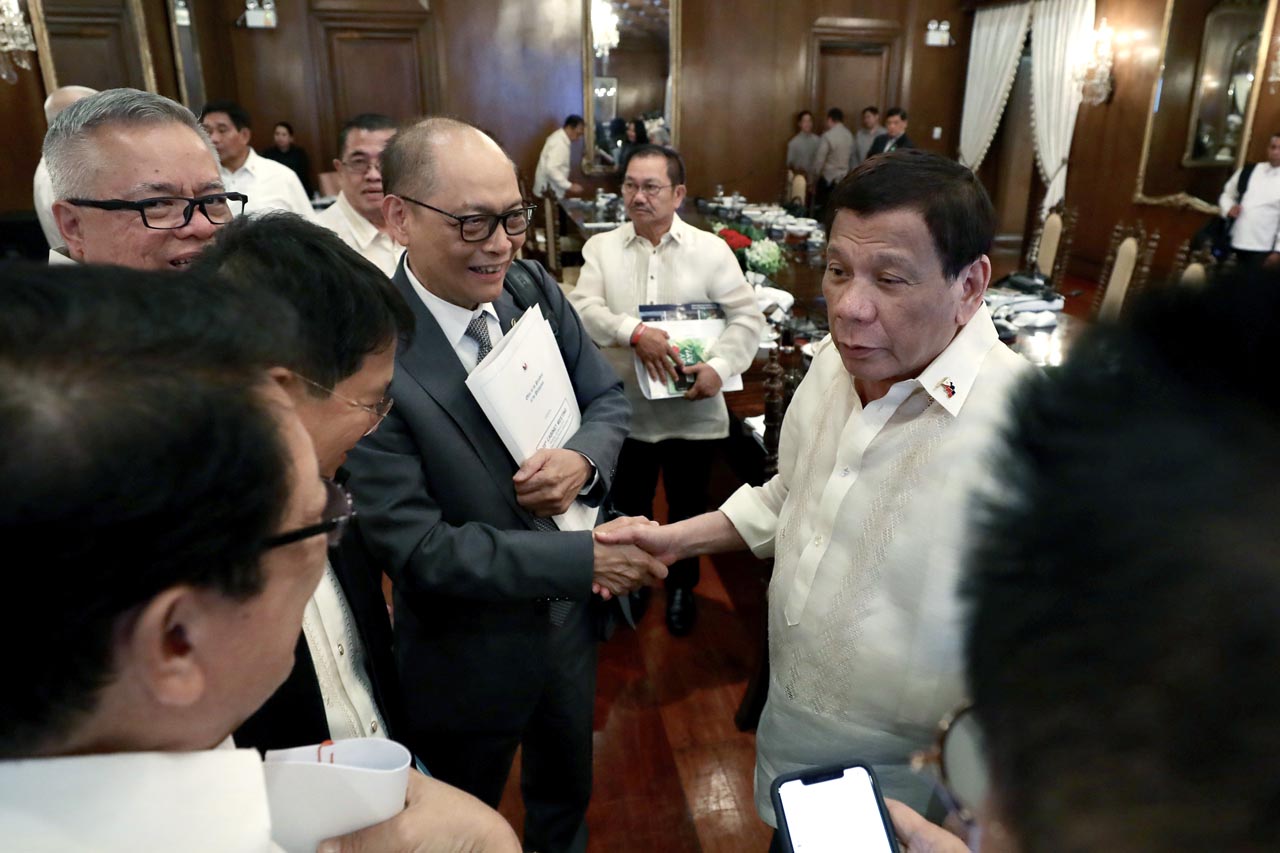 The Department of Budget and Management (DBM) and Executive Secretary Salvador Medialdea confirmed on Monday, March 4, that President Rodrigo Duterte chose Diokno to head the BSP.  (READ: EXPLAINER: Why is the role of BSP governor important?)

Diokno later said he would formally assume his new post on Tuesday, March 5. He said he was told of his new appointment at 7 pm on Monday during a Cabinet meeting.

He will serve the remaining term of the late Nestor Espenilla Jr until 2023. Espenilla died of tongue cancer on February 23.

“In his new tour of duty in the BSP, we expect incoming Governor Diokno to spearhead reform initiatives that will align the financial institution’s operations with international best practices and improve its corporate viability, among others, in line with Republic Act No. 11211, which was signed into law by President Duterte just last February 14,” said Chief Presidential Legal Counsel and Presidential Spokesperson Salvador Panelo in a statement on Monday.

Panelo was referring to the new law giving the BSP more powers over financial institutions.

“With [Diokno] at the helm of the Bangko Sentral ng Pilipinas, our banking institutions are in good and competent hands,” added Panelo.

Before joining the Duterte Cabinet, Diokno served as the budget chief under the Estrada administration. He was also an undersecretary of the DBM during the time of former president Corazon Aquino.

Under Diokno’s watch at the DBM, he pushed for the simplification of the release of funds in the national budget and cash-based budgeting.

Diokno, however, clashed with the House of Representatives over alleged anomalies in the 2019 national budget.

The House even adopted a resolution in December 2018, urging Duterte to fire Diokno from the DBM.

Diokno denied the allegations against him. (READ: Diokno says Andaya’s claims based on ‘wrong numbers, not grounded on facts’)

The appointment of a new DBM chief was deferred during Monday’s Cabinet meeting. An officer-in-charge will take over in the meantime, Justice Secretary Menardo Guevarra told Rappler. – with reports from Pia Ranada/Rappler.com