At least 7 injured as Clark airport damaged by Luzon earthquake 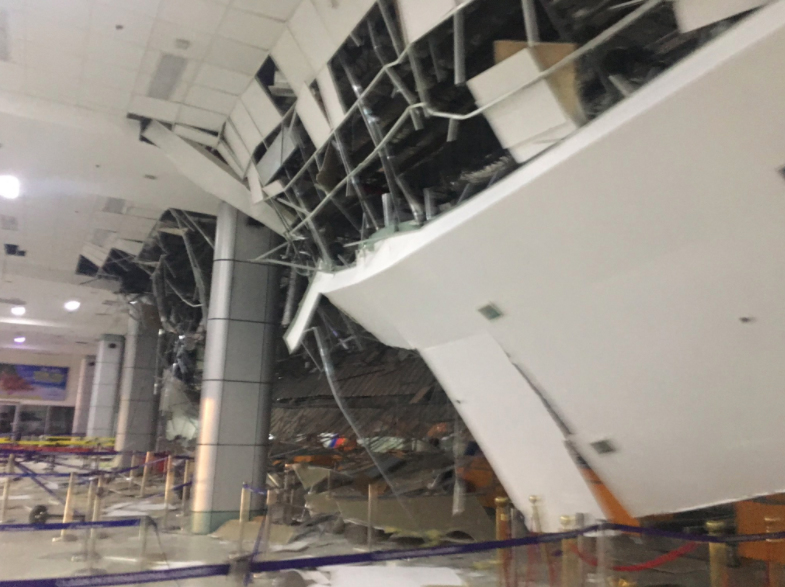 MANILA, Philippines (UPDATED) – At least 7 people were injured at the Clark International Airport, which sustained damage following the magnitude 6.1 earthquake on Monday, April 22.

The 7 injured were immediately brought to a nearby hospital, Melo said.

Flights were also suspended starting 7:40 pm on Monday, as authorities began to assess the damage.

“Clark control tower has sustained a broken glass panel. Accordingly, the tower is not being utilized at the moment while awaiting full damage assessment,” said Civil Aviation Authority of the Philippines Director General Jim Sydiongco.

While the runway was not damaged, parts of the terminal were destroyed, as captured in photos by those who were inside:

Canceled flights of Cebu Pacific and Philippine Airlines, along with options for affected passengers, can be viewed here.

Monday’s earthquake rocked parts of Luzon at 5:11 pm, with some areas in Pampanga experiencing intensities V and IV. At least 5 people were reported dead in the province.

The Philippine Institute of Volcanology and Seismology said the epicenter of the earthquake was located in Castillejos, Zambales. – Rappler.com