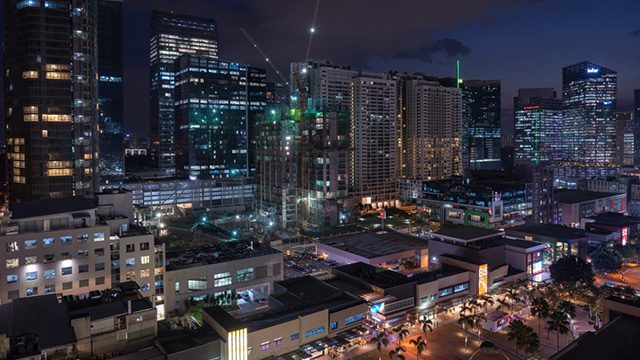 MANILA, Philippines (UPDATED) – The Philippines got its highest credit rating to date from Standard & Poor’s Global Ratings (S&P), now at BBB+, which is two notches higher than the minimum investment grade of BBB.

S&P said on Tuesday, April 30, that the upgrade was made on the back of the country’s consistent economic growth, solid fiscal accounts, and good position in the external environment.

A credit rating is an estimate of the ability of a nation to fulfill financial commitments like loans. A higher credit rating indicates low risk of a credit default. (READ: INFOGRAPHIC: What a credit rating upgrade means for Filipinos)

A higher credit rating also means that lenders will lower borrowing costs, both for government and private companies.

The debt watcher noted that it may further raise the ratings over the next two years if the government makes “significant further achievements” in fiscal reforms.

“BBB+ is an undeniable tribute to President Duterte’s unwavering commitment to bold reforms and sound economic policies as embodied in the 10-point socioeconomic agenda of the administration and his strong political will to get these tough initiatives done at the soonest,” Dominguez said.

“Over the years, the BSP has remained committed to its price and financial stability mandates, providing an enabling environment for the economy to flourish. Armed with a new charter that strengthens its ability to carry out its primary mandate of price stability and supervise the banking sector, the BSP will continue to lend support to the economic development goals of the country,” Diokno said.

“The Philippine economy is among the fastest growing in the world on a 10-year weighted average, per capita basis – a reflection of its supportive policy dynamics and improving investment climate. The country has a relatively diversified economy with an increasingly strong track record of high and stable growth,” it said.

“We project GDP per capita growth will average approximately 4.9% per year over 2019-2022, based on balanced contributions from private consumption and investment growth,” it said.

The GDP per capita estimate is lower than $3,896, which the government is aiming to hit or surpass in 2019 to be among the upper-middle income economies. – Rappler.com