U.S. Fed to join ranks of other central banks in stimulating economy 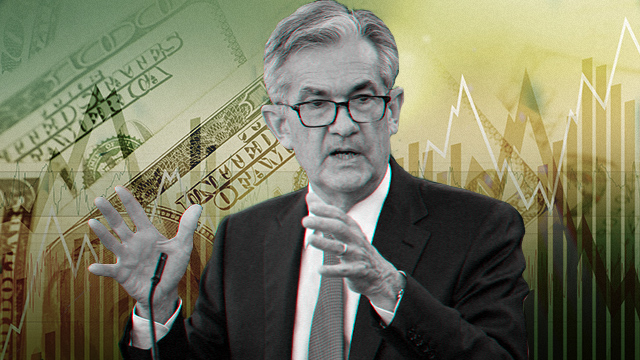 WASHINGTON, USA – The United States Federal Reserve is walking a tight rope of competing economic forces but is set on Wednesday, July 31, to rejoin the central banks worldwide that are easing access to credit to keep growth from faltering.

US President Donald Trump, whose aggressive trade policies have thrown a wrench into the world economy and complicated the Fed’s carefully laid plans, will certainly cheer a rate cut and likely call for more, as he has been doing for months.

Economists, however, are torn. Many say the US economy does not need additional stimulus.

Fed Chair Jerome Powell is due to announce the outcome of the latest two-day policy meeting on Wednesday afternoon.

But others see on the horizon a slowdown in China’s growth, the European Union on the brink of an unknown Brexit outcome, added to a drop off in US business investment and rising corporate debt levels, and say the Fed is right to retreat for now.

Mohamed El-Erian, chief economic adviser at Allianz, said “unwinding” the December increase in the Fed’s benchmark lending rate will put the central bank back “where some of us thought it should be going into 2019.”

And, he said on Twitter, “the Fed’s dramatic dovish pivot has opened the way/forces other central banks to also loosen monetary policy.”

The European Central Bank, which has held the policy interest rate at zero, indicated it is ready to provide more stimulus – even turning rates negative – as did the central banks of Britain and Japan.

The Fed in the past has for the most part been ahead of the curve, cutting quickly as the global financial crisis erupted in late 2007, and then raising rates as the United States began to recover before other advanced economies.

The Fed’s goal with its 9 increases since December 2015 – bringing the range to 2.25% to 2.5% – was to get rates high enough to keep the recovery going while also allowing it room to cut in the event of another economic slowdown.

The Commerce Department on Tuesday, July 30, confirmed that inflation remained tame last month, meaning policymakers have little reason to fear a breakout in price pressures even with low rates.

One complication has been Trump’s unrelenting campaign against the Fed’s efforts to normalize policy. He wants credit to flow freely to supercharge economic growth going into presidential election season next year.

“I would like to see a large cut,” Trump told reporters on Tuesday. “I’m very disappointed in the Fed.”

But the drop off in business investment, setbacks in manufacturing, and falling exports have been attributed to Trump’s barrage of tariffs against China and others, that have created uncertainty.

Some economists expect the Fed to cut as much as twice more in the coming months.

However, several former central bank officials, including Janet Yellen who preceded Jerome Powell as Fed chair, have said they support a single rate cut as insurance against a downturn. – Rappler.com