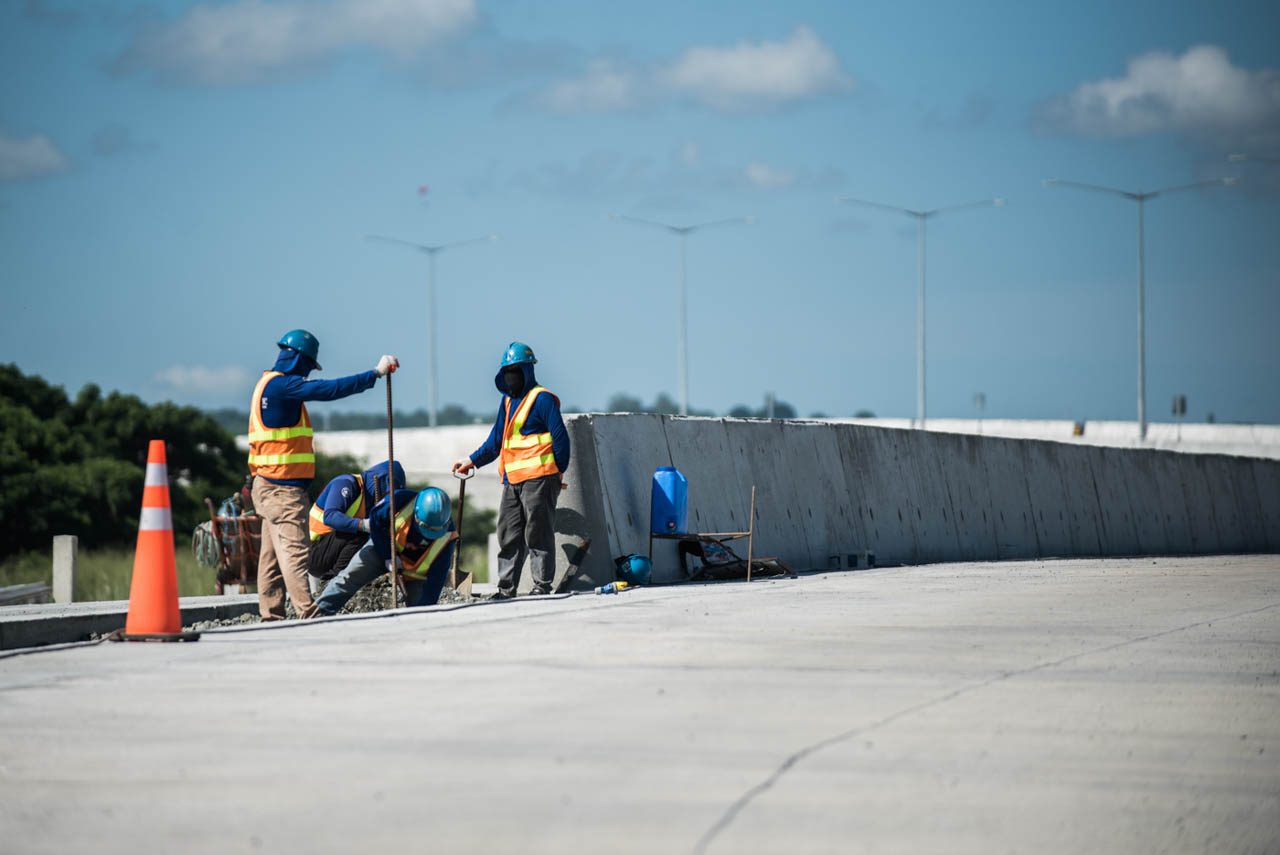 Facebook Twitter Copy URL
Copied
There are dozens of new Build, Build, Build projects, including the Cebu Monorail System, Kanan Dam, and another MRT line. Some appear to be scrapped, including a huge chunk of the Mindanao Railway.

MANILA, Philippines – The Duterte administration will not be pursuing at least 29 of its original big-ticket infrastructure projects, according to its new list.

Rappler compared the old Build, Build, Build list containing 75 projects with the new one given by a reliable source, which has 100 projects.

The 2nd phase of the Mindanao Railway amounting to P71.6 billion is not on the new list. China was previously eyed to fund the massive project.

The list also showed that the P72.1-billion Bohol-Leyte Link Bridge is likely shelved for the next administrations to study.

The following projects are not included in the new list and are likely not pushing through:

The most expensive of all 100 projects is the New Manila International Airport amounting to P735.6 billion, as of the latest government estimate.

It is programmed as a public-private partnership (PPP) project through an unsolicited proposal.

At least 7 of the 10 most expensive projects will be pursued through a PPP arrangement. (READ: Duterte’s team changes tune on PPPs as infra push gets reality check)

The upgrade for the Ninoy Aquino International Airport is estimated to cost over P101 billion.

The Cavite-Bataan Interlink Bridge, amounting to P187 billion, was proposed back in 2016, according to an earlier report by the Inquirer.

The MRT7, which is currently under construction, has also been added to Duterte’s list. It will have 14 stations, from North Avenue in Quezon City to San Jose del Monte City, Bulacan.

Meanwhile, the Department of Transportation has started the study for the Cebu Monorail System, according to a report from Cebu Daily News.

Another notable addition to the list is the Kanan Dam. Former Quezon 3rd District representative Danilo Suarez, now governor of the province, previously urged the government to consider the project instead of the controversial Kaliwa Dam. However, it seems that Duterte is pushing for both projects.

Rappler also found that some projects were lumped together as one. For instance, the Estrella-Pantaleon and Binondo-Intramuros bridges, funded by China, are now considered as one project.

Rappler also spotted a project called Iconic Bridge Projects for Socioeconomic Development, which amounts to almost P6 billion, but no details were specified. – with reports from Aika Rey and Michael Bueza/Rappler.com