Mar 6, 2020 8:25 AM PHT
Agence France-Presse
Facebook Twitter Copy URL
Copied
OPEC nations, led by Saudi Arabia, agree to recommend 'a further adjustment of 1.5 million barrels per day' until June 30, 2020. It remains to be seen if their allies will agree. 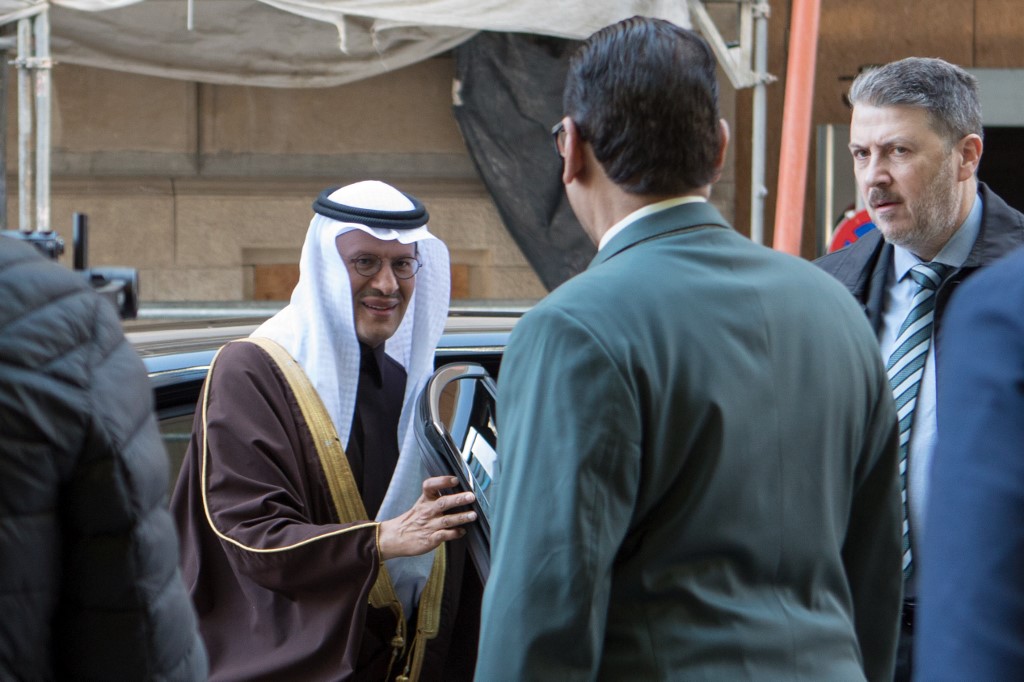 VIENNA, Austria – Ministers from the OPEC cartel of oil-producing countries on Thursday, March 5, recommended a drastic production cut of 1.5 million barrels per day to their allies to counter a slump in demand caused by the coronavirus outbreak.

However, it remains to be seen whether the OPEC+ states – Russia in particular – will be prepared to countenance such a large cut when they join the meeting of the Organization of the Petroleum Exporting Countries on Friday, March 6.

Countries in the OPEC+ grouping of the cartel’s allies would be asked to take on 500,000 barrels of the cuts, the statement added. (READ: Oil output cuts: OPEC’s double-edged sword)

Producers had already had to contend with abundant supplies weighing on prices – agreeing to 500,000-barrels-per-day production cuts at their last meeting in December – but the spread of COVID-19 across the world has sent prices plunging.

The European benchmark, Brent crude, sank to under $50 per barrel on Sunday, March 1, a level not breached since July 2017. (READ: Gulf bourses dive as coronavirus hits oil price)

The success of the summit will above all hang on the alliance between Saudi Arabia and Russia, the most important players in the OPEC and OPEC+ groupings respectively.

Russian President Vladimir Putin was quoted on Sunday as saying the current market price was “acceptable” and above the level foreseen in Russian economic planning.

Russia’s RIA Novosti agency reported Wednesday, March 4, that Moscow’s delegation was proposing an extension of the existing deal with no fresh cuts.

Ann-Louise Hittle, an analyst with Macro Oils, said she expected that Russia, the world’s No. 2 producer after the United States, to agree with the cut “given their history of cooperation with OPEC.”

Tamas Varga of PVM told Agence France-Presse that even the recommended extra cuts “might not be enough,” saying OPEC’s new forecasts for a drop in global oil demand growth may turn out to be “overoptimistic.”

“I believe that oil prices will fail to recover significantly for the remainder of the year as the coronavirus crisis drags on,” he said.

Some economists believe it is not impossible that the world economy could contract in the 1st quarter of the year, which implies lower demand for oil than OPEC has been forecasting, although activity is expected to bounce back once the crisis fades.

Aside from bridging their differences on the effect of the virus on the market, the assembled officials are also having to accommodate changes to their routines in Vienna.

All those entering the OPEC headquarters have to undergo temperature checks.

After the meeting’s opening speech, a medical advisor passed on hygiene guidelines, while assuring delegates that the risk of coronavirus infection in Vienna was “very, very low.”

Austria nationwide has recorded more than 40 cases so far.

On Wednesday, OPEC’s Secretary General Mohammed Barkindo and Russian Energy Minister Alexander Novak were seen in a video tweeted by the organization attempting a “footshake,” gently bumping the sides of their feet together in a more hygienic alternative to a handshake.

The cartel has also barred access to its headquarters for the media due to the “risk that would come from convening such a vast number of people in one place.”

Livestreams of the beginning of meetings are instead being made available to journalists at a press center in a nearby hotel.

In a statement on Tuesday, March 3, OPEC said it was following United Nations guidelines and planned to “shorten the format of such gatherings, limit the number of participants, and cancel any related side-events.” – Rappler.com