Mar 10, 2020 2:30 PM PHT
Agence France-Presse
Facebook Twitter Copy URL
Copied
There are fears that Egypt's tourism industry – key to the country's economy – may suffer due to the novel coronavirus outbreak 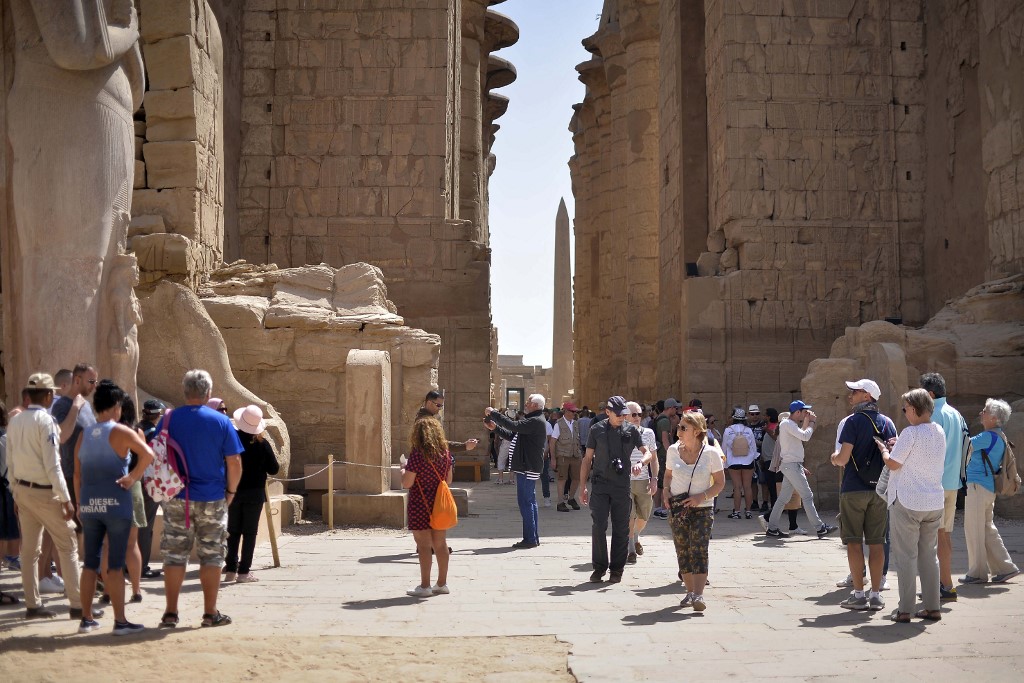 LE CAIRE, Egypt – Just when Egypt’s crucial tourism sector was recovering from years of political tumult and jihadist attacks, the industry finds itself bracing for a potential buffeting by the new coronavirus.

The guesthouse where Bassam Hamimi works in archaeologically rich southern Egypt usually hosts numerous tourists from China, but since the outbreak of the deadly virus, far fewer have arrived.

“There were heaps more Chinese before. But since the coronavirus appeared in China, their absence has been felt here,” Hamimi told Agence France-Presse (AFP) recently in a Nubian village near Aswan, 900 kilometers (560 miles) south of Cairo, a popular destination for tourists.

Many flights that would have carried visitors to Egypt have been canceled amid efforts to slow the spread of the novel coronavirus.

The virus had infected over 110,000 people worldwide and killed more than 3,800 as of Monday, March 9, disrupting travel and delivering a blow to the global economy far beyond its Chinese epicenter.

Hamimi said he was concerned that a dip in tourists visiting Pharaonic temples would hit his income, a worry shared by many in the country.

Egypt has not been spared the virus’ spread, reporting on Sunday, March 8, the country’s – and Africa’s – first fatality from the illness, a 60-year-old German tourist who died in the Red Sea resort town of Hurghada.

At the end of February, several countries, including France and Canada, announced infections among people who had visited Egypt.

The north African nation had reported 55 infections by Monday, a number that includes 45 from the cruise ship “A-Sara”, docked near the southern city of Luxor, the beating heart of Pharaonic tourism.

“Preventative measures that countries have taken with regards to travel because of the virus will for sure affect the tourism sector” in Egypt, Adela Ragab, a former deputy tourism minister, told AFP.

But, she added, “it’s hard to predict what will happen. We can really [start to] assess the situation if Easter bookings are affected in April.”

Egypt’s tourism industry – key to the country’s economy – has shown signs of recovery in recent years, after the 2011 revolution, a 2013 coup, and the 2015 downing of a Russian airliner by the Islamic State group hit visitor arrivals.

Revenues from the sector grew to $12.6 billion between 2018 and 2019, compared to $10 billion the previous year, according to the central bank.

Egyptian authorities have taken measures to forestall the spread of the virus.

State television has broadcast numerous images of the disinfection of Cairo’s metro and trains.

The government is remaining upbeat for now.

“Tourist activities are proceeding normally in Luxor…as thousands of visitors have flocked onto its different archaeological sites,” the tourism ministry said Monday.

“You have seen the numbers yourselves, the buses, the queues: tourism is still very stable in Luxor…everything is going well so far,” he said.

Former president of the Federation of Chambers of Tourism, Ilhami al-Zayyat, told AFP there had been “a slight uptick in cancellations so far from countries” including China and Italy, another country heavily affected by the virus.

“But we still have Americans, British, Australians, and South Americans coming,” he said.

He added, however, that he expected fewer tourists from Arab countries, “especially those coming from Kuwait and Saudi Arabia,” which have placed restrictions on travelers from Egypt due to the virus.

Egyptian authorities had on Saturday, March 7, reported moving 45 suspected cases – 33 passengers and 12 crew – from the stricken “A-Sara” cruise ship into isolation on land, without specifying what happened to the others aboard.

Matt Swider, an American cruise passenger who tested positive for the virus, documented on Twitter his transfer to a north coast hospital aboard a military jet, saying the staff had been “extremely friendly.”

The scores of foreign tourists on the ship, including American, French, and Indian nationals, as well as Egyptian crew, had been quarantined aboard the ship, passengers on board told AFP.

Health Minister Zayed said passengers who tested negative were free to leave after 24 hours, though two travelers AFP spoke to on Monday said they were still in quarantine.

On Monday, 340 tourists coming from Greece aboard a Maltese ship were tested for the virus. – Rappler.com

So much time to read while Italy’s bookstores close