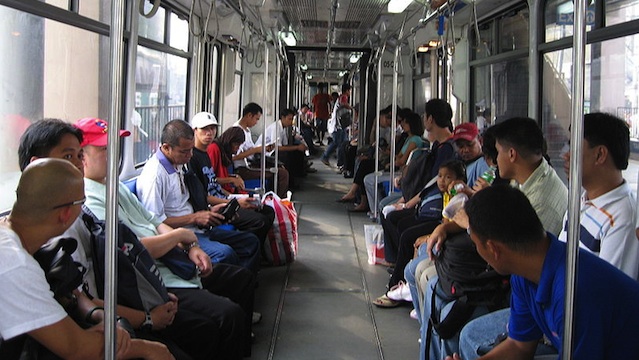 MANILA, Philippines – Passengers of the Metro Rail Transit 3 (MRT-3) may need to shell out an additional P5 per trip on average based on the planned fare hike of the Department of Transportation and Communications (DOTC).

During the budget deliberations at the House of Representatives, DOTC secretary Joseph Emilio Abaya said “a passenger on an average trip would pay P5 more.”

Abaya added the department wants to implement an “11 plus 1” fare scheme wherein passengers will pay P11 basic charge and additional P1 for every kilometer.

The DOTC chief said the department needs to hold public consultations before fares can be raised.

He explained the fare hike is needed to reduce government subsidy for MRT-3.

At present, the government spends P45 for every passenger riding the MRT from Taft Avenue in Pasay City to North Avenue in Quezon City.

The DOTC allotted P5 billion for MRT-3 subsidy in the 2014 budget. – Rappler.com