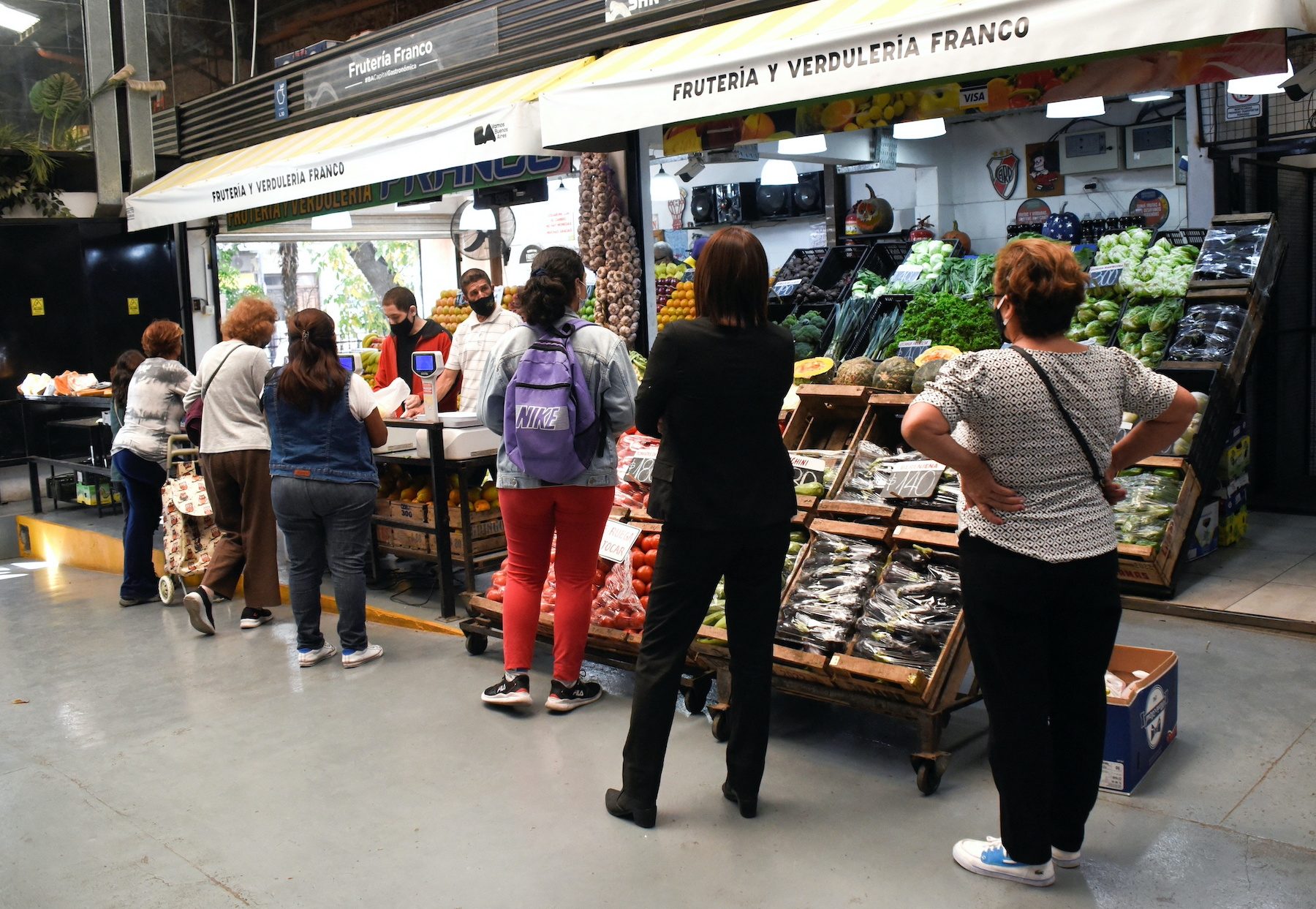 INFLATION. Customers line up to buy produce in a market as inflation in Argentina hits its highest level in years, causing food prices to spiral, in Buenos Aires, Argentina, April 12, 2022.

Facebook Twitter Copy URL
Copied
A common tender, like the euro, would need shared political frameworks and institutions that analysts say would take decades to establish

NEW YORK, USA – South America is not likely to have a common currency bloc to rival the euro any time soon, analysts said on Monday, January 23, despite excited chatter sparked by officials in Brazil and Argentina raising the prospect of a shared tender.

On Monday, Brazil’s President Luiz Inacio Lula da Silva and Argentine President Alberto Fernandez said they were in early talks to establish a shared unit of value for bilateral trade, though this would not replace the real or peso currencies.

That came after the leaders had touted a “common South American currency” on Sunday, January 22, and officials told the Financial Times the tender could even be called the “sur” and eventually look to bring in other countries around South America.

Analysts were quick to knock that down, following decades of similar talk with little to show for it, including shelved plans for a so-called “gaucho” for Argentina-Brazil trade in 1987 and former Brazil president Jair Bolsonaro touting a currency union in 2019.

“It has failed to achieve simpler integration goals than that of a common currency.”

A common tender, like the euro, would need shared political frameworks and institutions that analysts said would take decades to establish. South America’s countries have vastly different economic situations – Argentina, for instance, has struggled with inflation for a long time, and it is currently at an eye-watering annual rate of 95%.

Venezuela – whose president Nicolas Maduro said on Monday that his country was prepared to support an initiative such as a common currency – has suffered with even higher hyperinflation as well as economic collapse. Other South American economies, including Uruguay and Chile, have long been more stable.

“It’s been a conversation for many years. I see the benefit for Argentina but what’s in it for Brazil? Much less Uruguay and Paraguay,” said Eric Farnsworth, a vice president at the Council of the Americas and Americas Society.

He called the idea of a currency union a “fantasy.”

Kimberley Sperrfechter, emerging markets economist at Capital Economics, said that Lula, inaugurated this month, had other things to focus on, including his economic and fiscal plans. Currency union talk was just a distraction, she said.

“Markets are likely to be unimpressed by the news of a combined currency, not least because it will take years to implement, if it’s implemented at all,” she said.

Todd Martinez, a director at Fitch Ratings’ sovereigns group focused on Latin America, said the two countries appeared to be unlikely partners to form a successful currency union, given their diverging economies.

Hasnain Malik, head of equity research at Tellimer, agreed, emphasizing that it made even less sense for Brazil – the region’s biggest economy, with a currency that outperformed the dollar last year. Argentina’s peso, on the other hand, has slumped despite strict currency controls.

But some were more optimistic about the long-term potential.

“The process of LatAm integration needs a North Star – and this is the best possible one. Because it would create a larger single market and better negotiating conditions with other large blocs,” Pierpaolo Barbieri, head of Argentine digital payments firm Uala, wrote on Twitter.

“Of course a monetary union between Brazil and Argentina is unrealistic today.” – Rappler.com