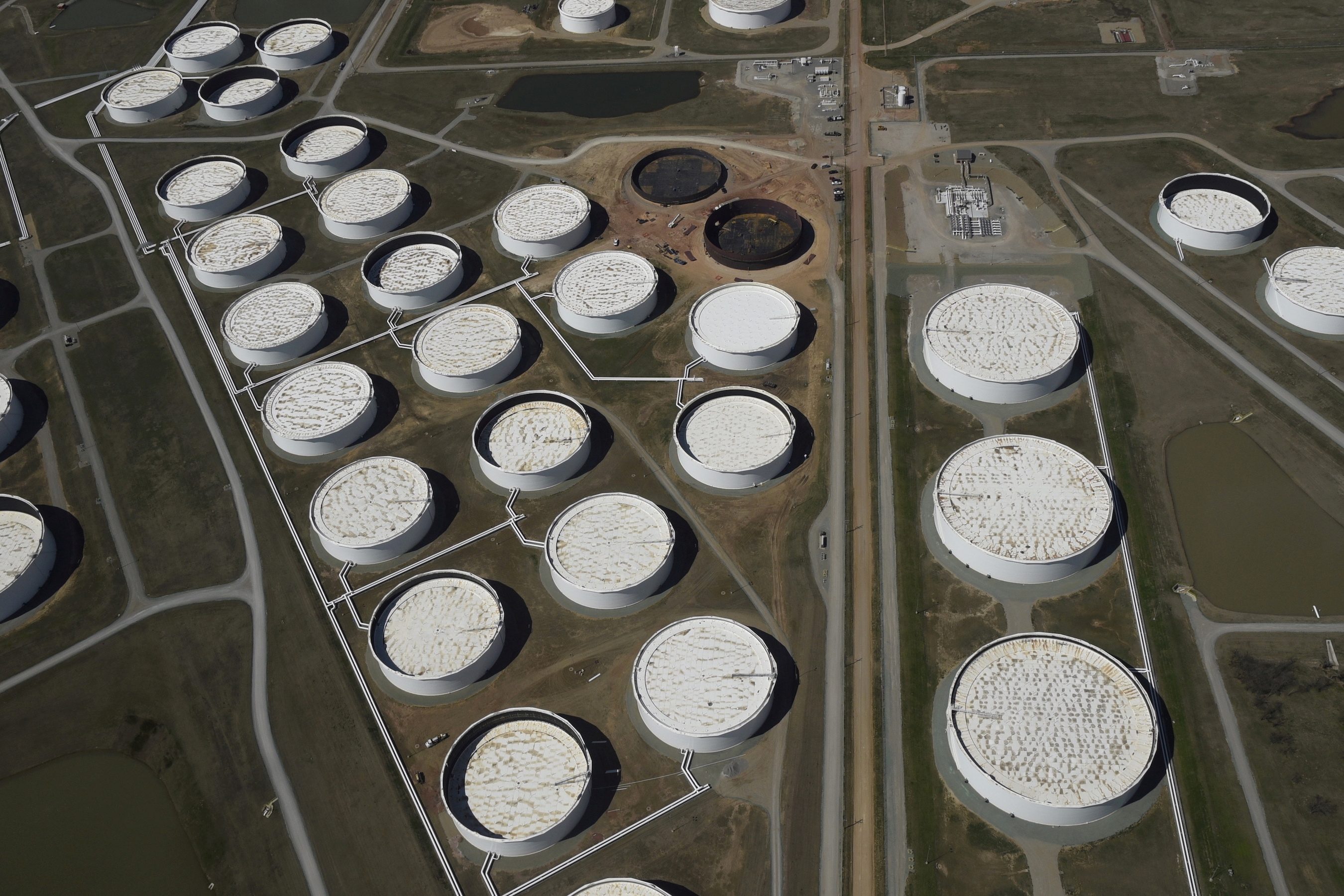 OIL. Crude oil storage tanks are seen from above at the Cushing oil hub, in Cushing, Oklahoma, March 24, 2016.

US President Joe Biden‘s decision to tap the nation’s emergency oil stockpiles marks the first time in two decades that a president has used the reserve to tame energy prices instead of tackle a supply disruption.

The release also marks the first coordinated release with consuming nations outside the auspices of the West’s energy watchdog, the International Energy Agency.

Biden announced on Tuesday, November 23, the United States will release 50 million barrels of oil from the US Strategic Petroleum Reserve (SPR) in coordination with stockpile releases from China, India, South Korea, Japan, and Britain, to try to cool prices that have reached seven-year highs.

That could create a precedent that might be hard for the president and his successors to live up to when oil prices rise to a level that major importers find uncomfortable.

“The danger is that future administrations use this allegedly managed drawdown as precedent for future price-controlling releases,” said Tristan Abbey, president of consultancy Comarus Analytics, who worked on energy in the White House during the Trump administration and under Senator Lisa Murkowski.

Biden’s decision adds a new risk to the landscape for oil traders seeking to track market-moving government policy decisions, and for the drilling industry which may see this as a signal that governments in consuming nations see a price around $80 a barrel as the upper limit for the market.

That could impact energy investment by capping potential profits from oil investment in the future.

“The consequences could be subtle but pervasive,” said Benjamin Salisbury, an energy policy analyst at Height Capital Markets. “It will change how energy players think about future uncertainty and investments in new projects, whether that’s drilling, or oil field services or pipelines. It opens up the window to new risks.”

Biden’s announcement came after OPEC+ producers repeatedly ignored calls from Washington and other consumer nation governments for more crude, and as Biden seeks to combat rising inflation ahead of next year’s congressional elections.

The SPR is typically used to ensure adequate supply after a disruption, like pipeline or oil field damage from a hurricane, or a war that suddenly shuts down production from a regular supplier. No such disruption currently exists.

The White House has said the release is still justified because of the unusual effects of the coronavirus pandemic.

“We’re emerging from a once-in-a-century pandemic, and the supply of oil has not kept up with demand as the global economy has emerged from the pandemic,” White House spokeswoman Jen Psaki told reporters on Tuesday.

While Biden’s decision to use the reserve to lower prices is unusual, it is not unprecedented. President Bill Clinton released 30 million barrels from the SPR in 2000 as part of an effort to reduce high home heating costs leading into winter, with no physical supply disruption in sight.

Bob Yawger, the director of energy futures at Mizuho Securities, said the current release is unlikely to have a huge impact on the market because the United States structured most of its share as a loan instead of an outright sale, and its international partners are contributing modest volumes.

“The US volumes are good, but this is structured in a way that is not going to have a huge impact,” Yawger said.

Combined, the releases will add up to less than a day of global consumption. And for the US share, officials said some 32 million barrels will be offered as an exchange – in which oil companies taking the crude must return it later plus interest. The rest would be an accelerated sale of 18 million barrels that had already been approved by Congress to raise funds for the budget.

“We’re not changing SPR policy, the release is within the broad authorities of the Department of Energy to both offer exchange from the SPR and to speed up congressionally mandated sales to bridge supply gaps in the market,” a department official said.

US oil prices have fallen 8% from a seven-year high of $85.41 a barrel hit on October 25 after the first reports that the Biden administration would release oil in tandem with other consumers.

“He does not want to go into an election year with inflation,” she said. “He wants to be seen as doing something about high prices.” But she added: “This is not great policy. Price is not what the tool is for. It is for disruption.” – Rappler.com