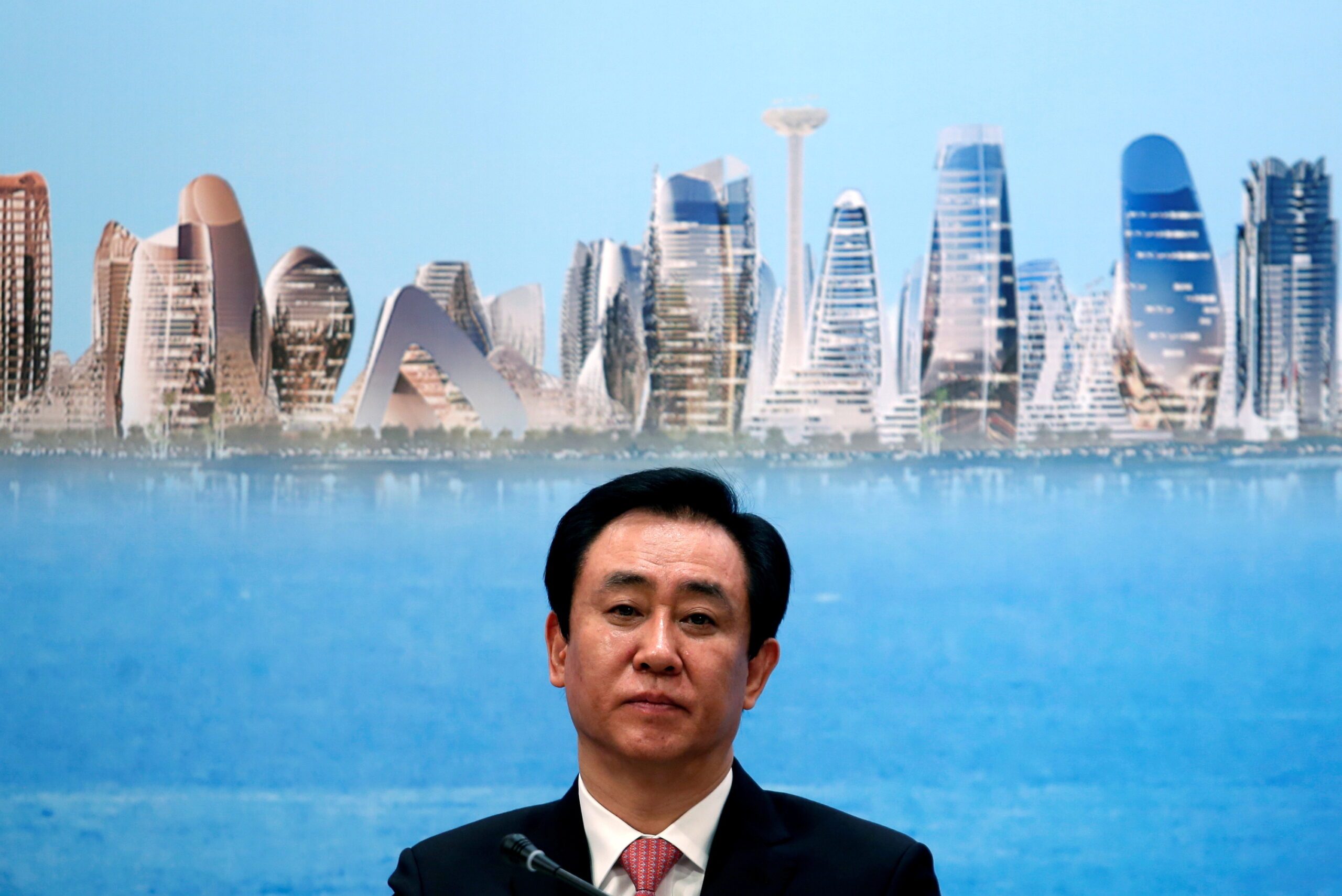 Facebook Twitter Copy URL
Copied
Saddled with more than $300 billion in total liabilities, China Evergrande Group has already seen many of its assets, both in mainland China and Hong Kong, seized by creditors

The bank appointed receivers to take over the 5,000-square-foot (465-square-meter) mansion on Tuesday, November 1, according to a filing.

Evergrande declined comment and chairman Hui Ka Yan could not be reached. CCB (Asia) did not respond to a request for comment.

Saddled with more than $300 billion in total liabilities, the defaulted Chinese property developer has already seen many of its assets, both in mainland China and Hong Kong, seized by creditors.

Online news outlet HK01 first reported the foreclosure of the luxury house on October 27, which it said was now worth HK$700 million ($89 million). The report added it could be the first known case of Hui’s personal assets in Hong Kong being seized.

The mansion, with sweeping views of the city’s gleaming skyscrapers, had been pledged to raise about HK$300 million to repay an overdue Evergrande bond, HK01 reported last year.

A filing with Hong Kong’s Land Registry confirmed in October 2021 that the property had been pledged for a loan from CCB (Asia), although it gave no monetary figure.

Hui owns two other luxury homes in the same development in The Peak, which were pledged to Orix Asia Capital Ltd in November 2021 for undisclosed amounts, according to the Land Registry.

The latest records show the two properties have not yet been seized.

Evergrande’s main assets in Hong Kong – its headquarters and a vast plot of rural land – were seized by creditors this year.

Chinese state-owned China Citic Bank Corporation Ltd, lender to the office tower, took over the asset in September, and put it on a tender sale last month, while US asset manager Oaktree Capital Management seized the land in Yuen Long district early this year. – Rappler.com