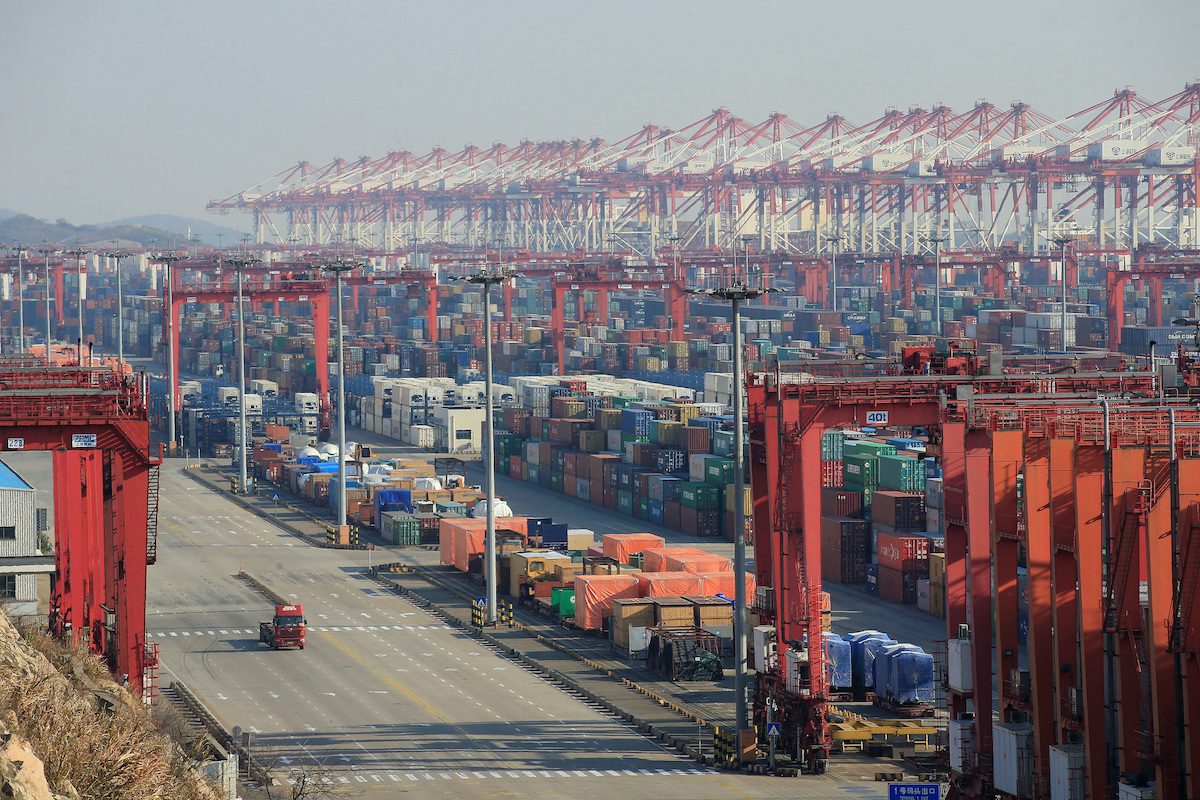 BEIJING, China – China’s export growth unexpectedly picked up speed in July, offering an encouraging boost to the economy as its struggles to recover from a COVID-19-induced slump, but weakening global demand could start to drag on shipments in coming months.

Exports rose 18% in July from a year earlier, the fastest pace this year, official customs data showed on Sunday, August 7, compared with a 17.9% increase in June and beating analysts’ expectations for a 15% gain.

Outbound shipments have been one of the few bright spots for the Chinese economy in 2022, as widespread lockdowns hit businesses and consumers hard and the once mighty property market lurches from crisis to crisis.

However, many analysts have expected exports to fade as the global economy looks increasingly likely to be heading into a serious slowdown, weighed down by soaring prices and rising interest rates.

A global factory survey released last week showed demand weakened in July, with orders and output indexes falling to their weakest levels since the onset of the COVID-19 pandemic in early 2020.

China’s official manufacturing survey indicated activity contracted last month, raising fears that the economy’s recovery from lockdowns in spring will be slower and bumpier than expected.

But there were signs that transport and supply chain disruptions caused by COVID-19 restrictions were continuing to ease, just in time for shippers preparing for peak year-end shopping demand.

Foreign trade container throughput at eight major Chinese ports rose 14.5% in July, speeding up from the 8.4% gain in June, according to data released by the domestic port association.

July exports may also have been buoyed by pent-up demand from Southeast Asia as supply snarls eased and factories there ramped up production, Bruce Pang, chief economist and head of research at Jones Lang Lasalle, said in a research note.

Moreover, amid negative real interest rate and surging inflation, some European and US customers may have front-loaded orders to ensure they had goods on hand with lower costs, he added.

“Looking ahead in the second half of the year, exports are expected to be resilient in the short run, but weakening external demand may pressure them in the fourth quarter,” Chang said.

“I am very worried about the impacts of soaring US inflation and rising China-US tensions on our export orders,” Jin Chaofeng, general manager at Nicesoul, one of Amazon’s top rattan outdoor furniture sellers, told Reuters.

“If retaliatory tariffs like those in the Trump era happened again, it would deal a blow to our businesses,” Jin said, adding the exports value of his company jumped 70% to 80% in July year-on-year.

After a shaky second quarter, most analysts had expected China’s import momentum to pick up modestly in the latter half of the year, supported by construction-related equipment and commodities as the government ramps up infrastructure spending.

Imports rose 2.3% from a year earlier, compared with June’s 1% gain and missing a forecast for a 3.7% rise.

“Despite an uptick in domestic demand amid loosening COVID control measures, the weak performance of the production side dragged on imports,” said Xu Shuzheng, a researcher at CITIC Securities, adding that COVID-19 flare-ups may hinder the economy’s recovery.

Crude oil imports in July fell 9.5% from a year earlier as fuel demand recovered more slowly than expected due to fresh virus outbreaks.

The volume of imported integrated circuits – a major Chinese import – dropped 19.6% in July from a year earlier, according to Reuters’ calculations.

That may be an additional red flag for exports, as a significant amount of the country’s imports are components for goods that are then re-exported.

The country’s top economic planner said last week that the economy is in the “critical window” of stabilization and recovery, and the third quarter is “vital.”

Top leaders recently signaled they were prepared to miss the government growth target of around 5.5% for 2022, which analysts said had been looking increasingly unattainable after the economy narrowly avoided contracting in the second quarter.

The International Monetary Fund in late July sharply cut its 2022 growth forecast for China to 3.3% from 4.4% in April, citing COVID-19 lockdowns and the worsening crisis in the country’s property sector. – Rappler.com