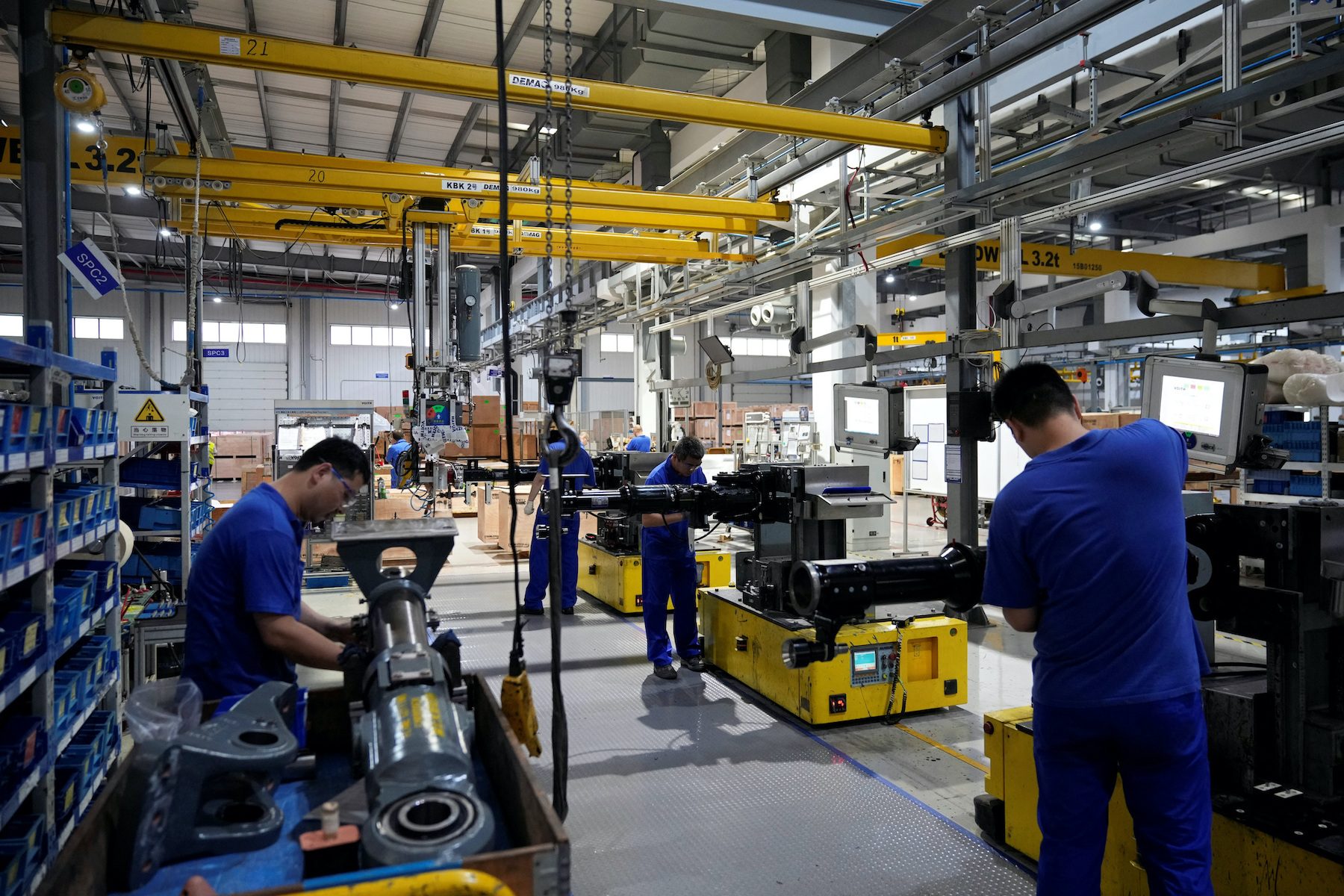 FACTORY. Employees work on theu00a0production line of vehicle components during a government-organized media tour to a factory of German engineering group Voith, in Shanghai, China, July 21, 2022.

BEIJING, China – China’s factory activity contracted unexpectedly in July after bouncing back from COVID-19 lockdowns the month before, as fresh virus flare-ups and a darkening global outlook weighed on demand, a survey showed on Sunday, July 31.

The official manufacturing purchasing managers’ index (PMI) fell to 49.0 in July from 50.2 in June, the National Bureau of Statistics (NBS) said, below the 50-point mark that separates contraction from growth and the lowest in three months.

Analysts polled by Reuters had expected a reading of 50.4.

“The level of economic prosperity in China has fallen, the foundation for recovery still needs consolidation,” NBS Senior Statistician Zhao Qinghe said in a statement on the NBS website.

Continued contraction in the energy-intensive industries, such as gasoline, coking coal, and ferrous metals, contributed most to pulling down the July manufacturing PMI, he said.

Subindexes for output and new orders fell by 3 points and about 2 points in July, respectively, while the employment subindex edged down by 0.1 point.

Weak demand has constrained recovery, Bruce Pang, chief economist and head of research at Jones Lang Lasalle, said in a research note. “Q3 growth may face greater challenges than expected, as recovery is slow and fragile,” he added.

Policymakers are prepared to miss their GDP growth target of “around 5.5%” for this year, state media reported after a high-level meeting of the ruling Communist Party.

Beijing’s decision to drop mention of the target has doused speculation that the authorities would roll out massive stimulus measures, as they often have in previous downturns. After a rebound in June, the recovery in the world’s second biggest economy has faltered as COVID-19 flare-ups led to tightening curbs on activity in some cities, while the once mighty property market lurches from crisis to crisis.

Chinese manufacturers continue to wrestle with high raw material prices, which are squeezing profit margins, as the export outlook remains clouded with fears of a global recession.

China’s southern megacity of Shenzhen has vowed to “mobilize all resources” to curb a slowly spreading COVID-19 outbreak, ordering strict implementation of testing and temperature checks, and lockdowns for COVID-hit buildings.

The port city of Tianjin, home to factories linked to Boeing and Volkswagen, and other areas tightened curbs this month to fight new outbreaks.

According to World Economics, the lockdown measures had some impact on 41% of Chinese companies in July, though its index of manufacturing business confidence rose significantly from 50.2 in June to 51.7 in July. – Rappler.com