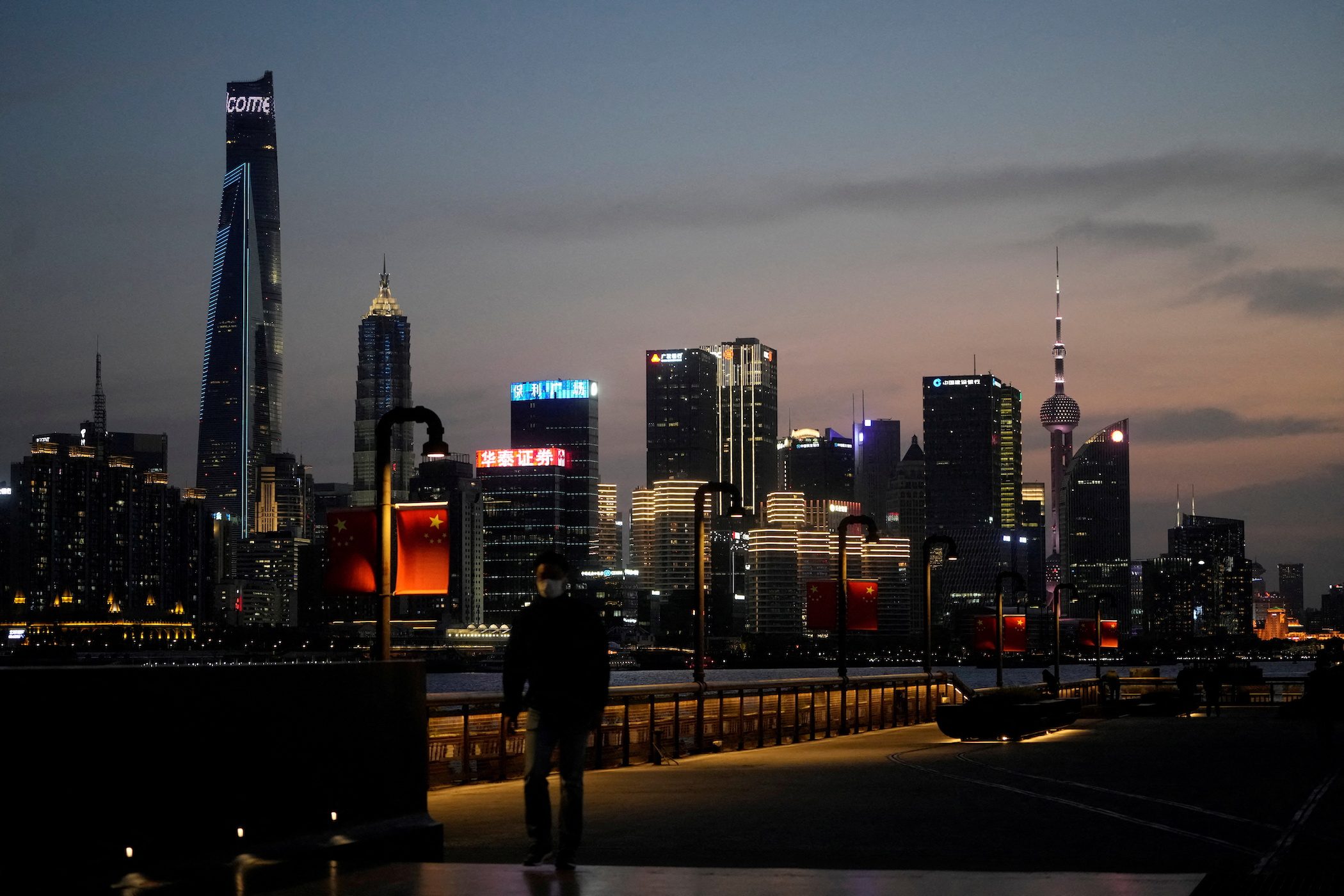 LUJIAZUI. A man walks in front of Lujiazui financial district, seen across the Huangpu river at dusk, amid the lockdown in Pudong area to contain the spread of COVID-19 in Shanghai, China, March 28, 2022.

SHANGHAI, China – More than 20,000 bankers, traders, and other workers are bedding down in office towers in Shanghai’s Lujiazui district as they bid to keep China’s giant financial hub ticking over through a COVID-19 lockdown, according to local administration officials.

Brokerages, asset managers, and financial exchanges in Lujiazui – China’s answer to Wall Street – rushed to summon key personnel to offices ahead of the lockdown on Monday, March 28, in Shanghai, and prepared sleeping bags and basic supplies for overnight stays.

The 20,000 people working at 285 office towers in Pudong’s Lujiazui Financial City, east of the Huangpu River, include white collar workers and some service staff, according to the administration bureau of the district, also home to some non-financial institutions.

Amundi BOC Wealth Management Company said its senior executives, as well as key investment, trading, and risk-management staff are working and sleeping in their offices, to ensure smooth business operations.

Elsewhere Sinolink Securities issued a notice on Sunday night, urging its staff on duty to rush back to its headquarters in Pudong before midnight, so as to “ensure continuity of system operation and trading,” the Chinese brokerage said on its website.

An executive at a foreign bank in Shanghai, who declined to be identified, said his bank is on a hybrid working model, with some staff working and sleeping at a backup office in Puxi, in the western side of the city, while some others staying in a trading room in Pudong.

A source at another foreign bank said the lender had been using disaster recovery centers for over a week, a practice that will continue.

The officials declined to be identified because they are not authorized to speak to media.

The Shanghai Stock Exchange told Reuters it kept minimum teams of staff in key positions within the bourse, while others work from home in an arrangement designed to minimize human contact, while ensuring safety of trading. – Rappler.com