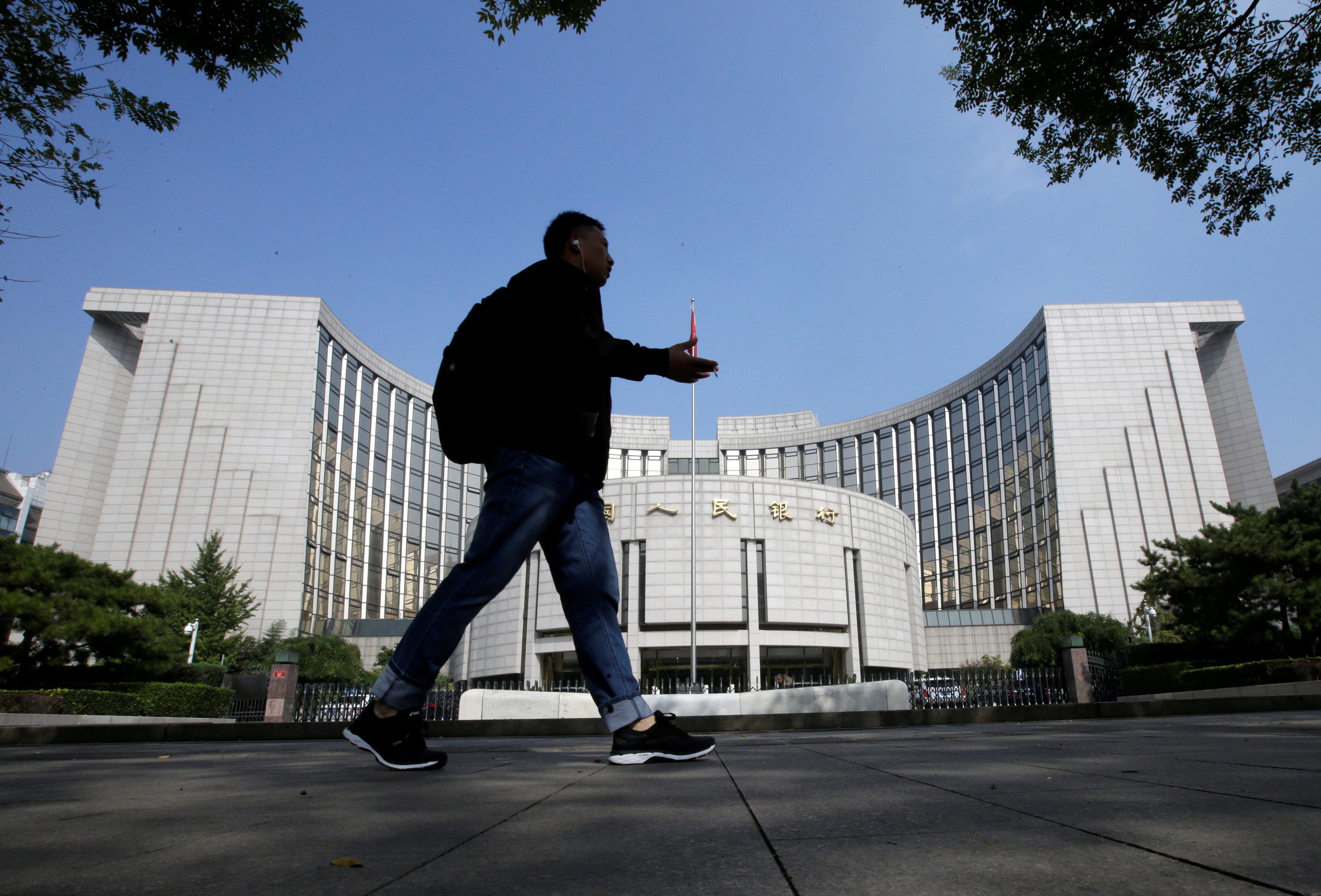 CENTRAL BANK. A man walks past the headquarters of the People's Bank of China in Beijing, September 28, 2018.

Facebook Twitter Copy URL
Copied
The world's second largest economy has largely recovered to pre-pandemic levels, but a resurgence of infections worldwide and in parts of China is keeping policymakers cautious

China’s monetary policy will provide the support needed for its continued economic recovery in 2021, a vice governor at the People’s Bank of China (PBOC) said on Friday, January 15.

Backed by tough coronavirus containment measures and emergency relief for businesses, the world’s second largest economy has largely recovered to pre-pandemic levels, but a resurgence of infections worldwide and in parts of China is keeping policymakers cautious.

“The prudent monetary policy will be more flexible, targeted, and appropriate, and will continue to maintain the necessary support for the economic recovery,” Chen Yulu told a news conference, adding the central bank will prioritize policy stability and avoid making sudden shifts.

Speaking at the same briefing, the head of the PBOC’s monetary policy department Sun Guofeng said current interest rate levels are appropriate and the central bank will use various policy tools to ensure reasonably ample liquidity.

The central bank has rolled out a raft of measures, including cuts in interest rates and reserve ratios since early 2020 to support the virus-hit economy, but it has shifted to a steadier stance in recent months as the recovery solidified.

China’s weighted average corporate lending rate was 4.61% at the end of 2020, down 51 basis points from a year ago, Chen said, reflecting authorities’ goal to bring down borrowing costs for cash-strapped businesses. He said China’s consumer prices are likely to rise moderately this year.

The central bank will continue to reduce corporate borrowing costs in 2021, Sun added.

Policy sources told Reuters in December that while the PBOC would scale down support for the economy in 2021, fears of derailing a recovery are likely to prevent it from tightening monetary policy anytime soon.

The yuan gained nearly 7% against the US dollar in 2020 and has continued to rally into the new year, though there have been signs recently that policymakers are growing uneasy over its rapid gains. – Rappler.com