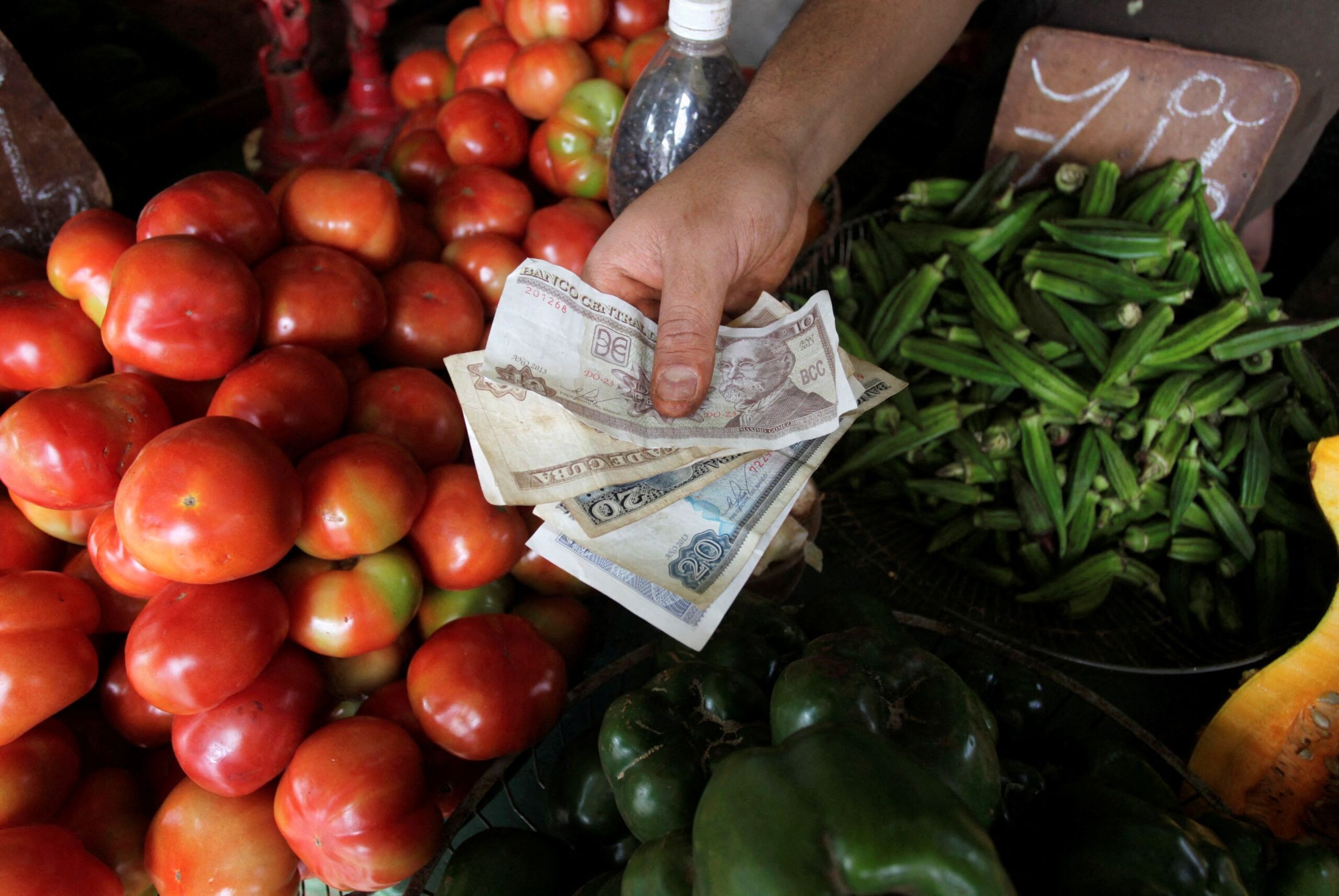 HAVANA, Cuba – The Cuban peso was trading at nearly 100 to the dollar on the informal market Tuesday, January 25, according to a trader and online trackers, a depreciation of more than 30% in less than a month and four times the fixed official rate.

The peso’s free fall is bad news for a population that for two years has confronted a grave economic crisis and unusually severe shortages of food, medicine, and other goods, a predicament made worse by the coronavirus pandemic and the Cold War-era US embargo.

Local economists and business leaders attributed the recent depreciation to a growing perception that Cuba‘s economy continues to weaken, with runaway inflation, while the government appears unable to reverse the trend.

Independent online news outlet El Toque tracker, the most watched in the communist-run country, had the greenback trading for 97.50 pesos on Tuesday, compared to 72 when the year began.

The local electronic currency, called the MLC, which Cubans use on par with US dollars to purchase goods in domestic specialty markets, was rising in tandem with the US currency. It was trading on the informal market at 95.90 on Tuesday, the online trackers showed.

The peso and MLC have no value outside of Cuba. The government fixes the exchange rate, currently 25 to a dollar, but has stopped trading dollars and other exchangeable currencies because it says it has no cash.

“We have to deepen the political discussion with those who are increasing prices in the state and non-state sector,” President Miguel Diaz-Canel told a Communist Party meeting last week, blaming speculation and greed for rising prices.

Cuba’s government late last year put annual inflation at 70%, but at least three economists consulted by Reuters say the rate is between 300% and 500%. Soaring prices have squeezed consumers already hard hit by economic crisis and the pandemic.

The state controls most wholesale and retail trade in Cuba, offering the most basic goods in pesos and virtually everything else in MLC, while all wages are in pesos as are subsidized utilities and fuel. Health care and education are free.

Cuban officials in December said they hoped to ease the burden by driving down inflation in the coming months, but sources told Reuters that the government was increasingly hobbled by the crisis.

Three foreign businessmen, requesting anonymity, said that some government entities that had managed during most of the crisis to meet obligations to suppliers and other foreign partners were for the first time falling behind on payments.

“This has led people to realize the situation continues to deteriorate and MLCs, like the peso or letters of credit, have no real backing so there is a flight to exchangeable currency,” one of the businessmen said.

That flight, they said, has further weakened the peso.

The government, meanwhile, had pinned its hopes of 4% growth in 2022 on the recovery of the Caribbean island’s all-important tourism sector.

“I think there was an expectation that the reopening of borders, airports, hotels, and travel would bring in more dollars and improvements in the economy, and that was holding back a further depreciation of the Cuban peso,” Pavel Vidal, a former economist at Cuba’s central bank, said.

“But this recovery is turning out to be slower than expected and there is great pessimism everywhere, which is expressed in the exchange rate,” Vidal, who currently teaches at Colombia’s Pontificia Universidad Javeriana Cali, said. – Rappler.com