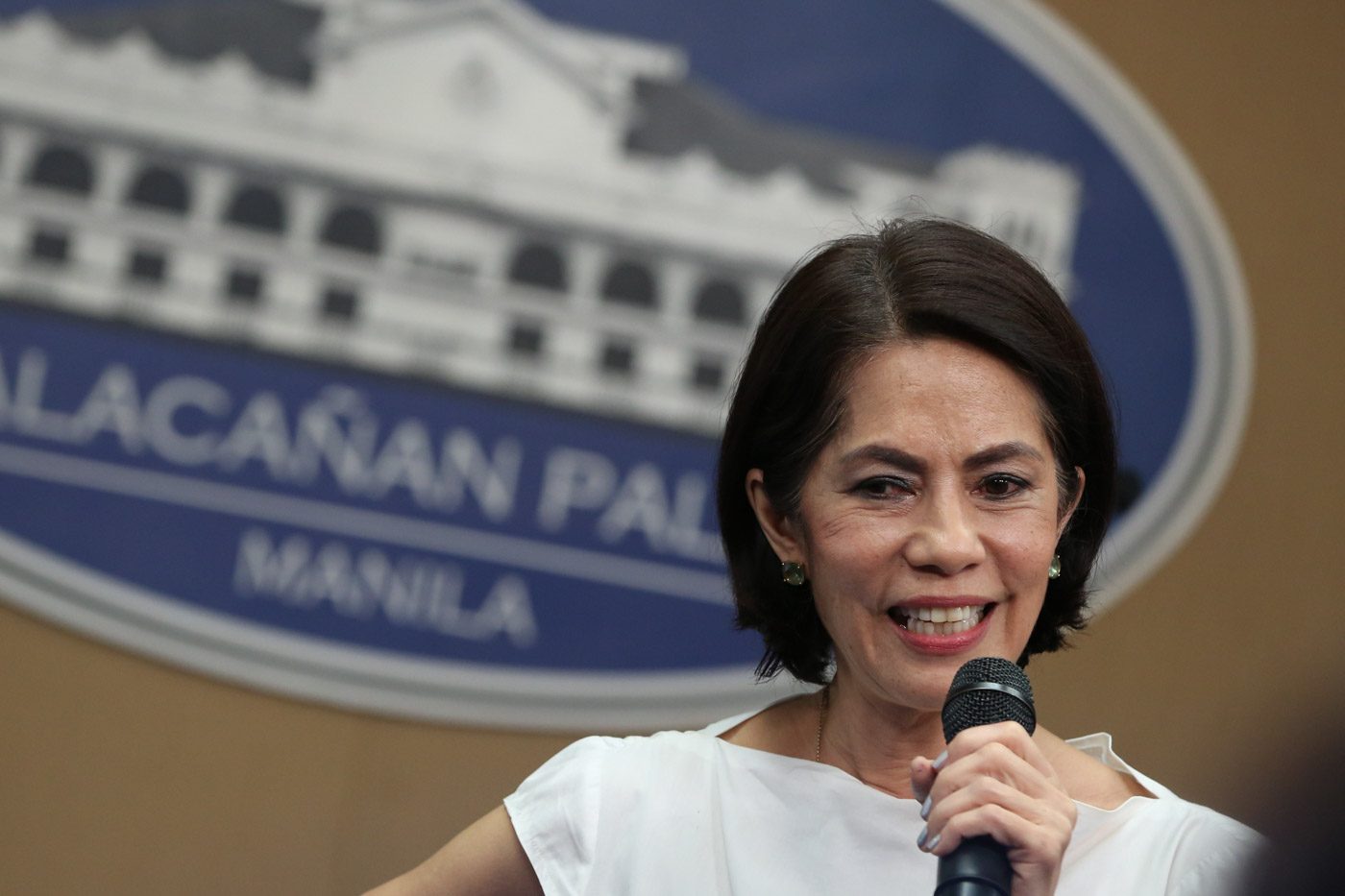 Environment and Natural Resources Secretary Regina Paz Lopez, in a press briefing in Malacañang on February 9, 2017, said their agency is gearing towards the establishment of ‘E3 zone’ or the ecological, economical and educational programs in areas where mining firms will be closed. Malacañang Photo

Facebook Twitter Copy URL
Copied
Environment Secretary Roy Cimatu does not disclose the names of the mining firms, but assures the public that the companies have already corrected lapses

The Department of Environment and Natural Resources (DENR) will allow mining companies previously closed by the late secretary Gina Lopez to resume operations.

Lopez’s successor, former army general Roy Cimatu, confirmed in a virtual briefing on Wednesday, July 22, that the DENR’s audit teams already came out with recommendations upon inspecting the mining sites.

Lopez ordered the closure of around 26 mining companies during her short stint as environment secretary, citing various violations.

Cimatu did not disclose the names of the mining firms, but assured the public that the companies have already corrected lapses.

Lopez was hailed by environmental groups for her firm stand against mining. (READ: Why miners are not ready for Gina Lopez)

Alyansa Tigil Mina, an anti-mining group, even went on to praise her, saying that “it’s rare to have an oligarch wage a battle against her own class.”

This advocacy, however, led to lawmakers rejecting Lopez’s appointment after fierce lobbying by mining companies. – Rappler.com