PH imports up 1.2% in February 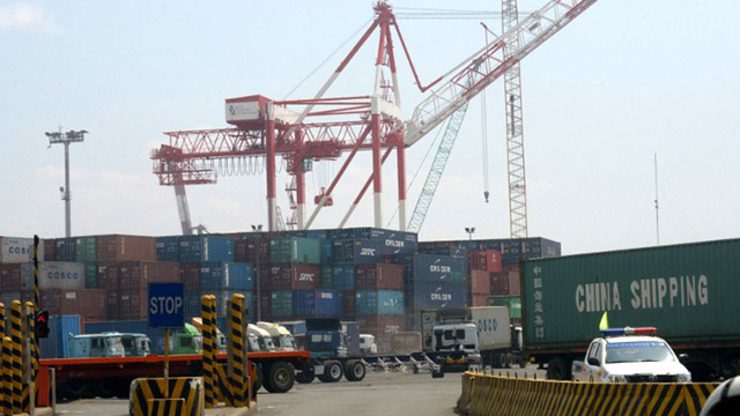 MANILA, Philippines – Philippine imports grew by 1.2% in February, led by the continued purchases of capital goods, according to the National Economic and Development Authority (NEDA).

While still positive, the rate of growth is far slower than the surge in growth posted in January which reversed a steep decline in December 2015.

He also pointed out that among 11 selected Asian economies, only the Philippines posted positive imports growth in February, with Thailand, South Korea, and China recording the biggest declines.

He said, however, that the government’s spending program “needs to gain traction particularly in the infrastructure sector, which will require higher importation.”

“​Bottlenecks in Manila’s ports must also be given serious attention to further bring down the cost of imported goods for domestic businesses and consumers,” said Esguerra. Philippine-bound shipment of capital goods grew by 57.5% in February, totaling $2.2 billion worth of imports. This is the 6th consecutive month of double-digit growth for this commodity group.

He added: “The continued strong imports growth of capital goods shows the country’s attractiveness to both local and foreign investors, particularly in the manufacturing sector.”

Purchases of raw materials and intermediate goods, and mineral fuels and lubricants decreased during the period.

China remain​ed the country’s top source of imports, accounting for 16.7% of the Philippines’ total payments during the period. Japan was second with 12.6% share, followed by the United States with 9.5%. – Rappler.com