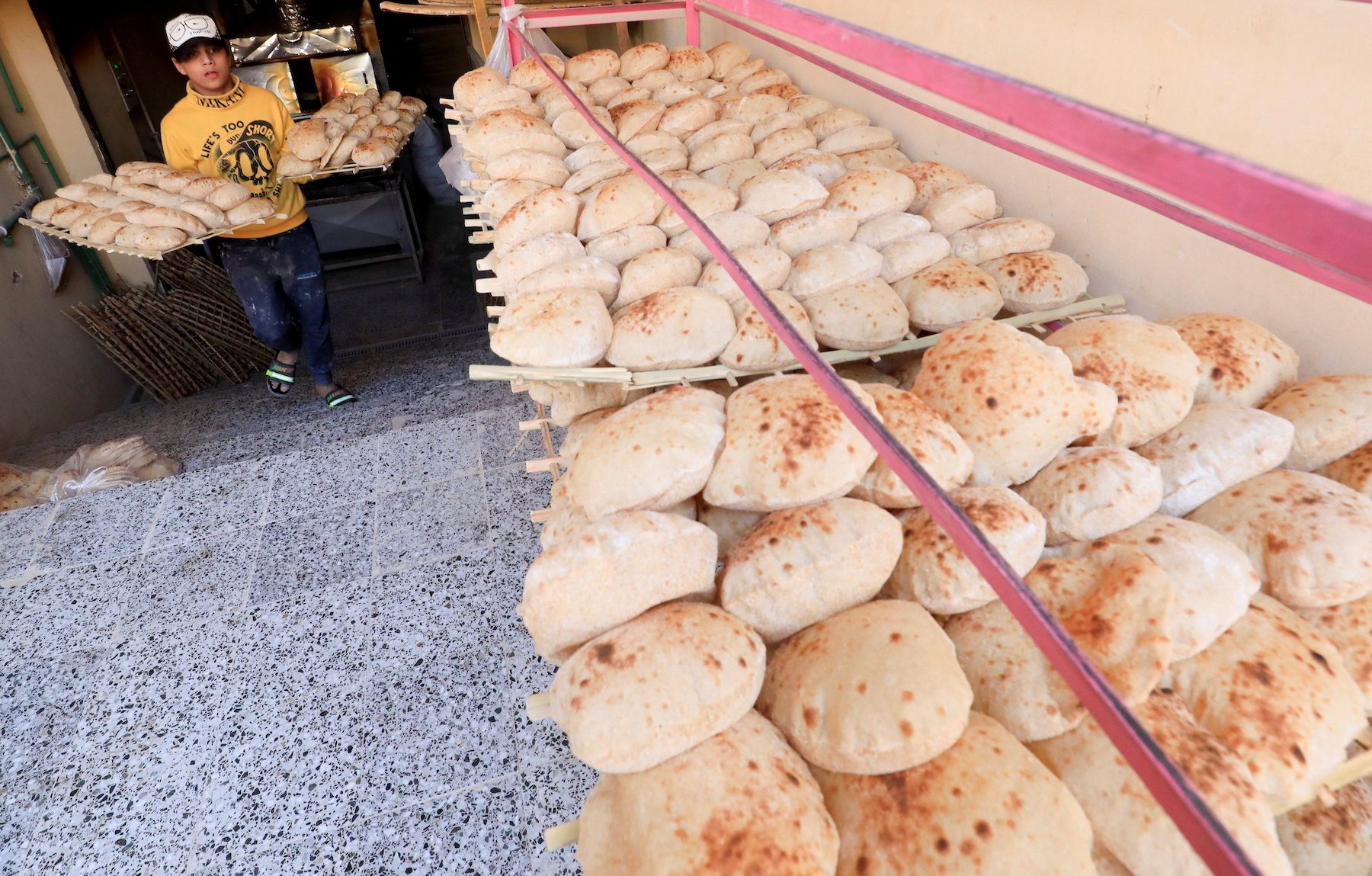 STAPLE. An Egyptian worker carries breads after they have been baked at a bakery in Cairo's southeastern Mokattam district, as the prices of basic goods in Egypt have risen since Russiau2019s invasion of Ukraine, in Egypt, March 16, 2022.

CAIRO, Egypt – From his job as a Cairo doorman, Mahmoud Farag earns 1,500 Egyptian pounds ($95) each month, but it’s no longer enough to adequately feed his family of five.

Food prices in Egypt were already climbing before Russia’s invasion of Ukraine. Now bread, a politically symbolic staple on which many Egyptians are heavily dependent, is also getting costlier as Black Sea wheat exports are disrupted and global prices surge.

That is piling financial pressure on families who have already endured years of austerity, in a country where nearly a third of the 103-million population live below the official poverty line and many more struggle to get by.

Shoppers say the cost of a packet of unsubsidized loaves has risen by a quarter in the three weeks since Russia’s invasion of its neighbor, while prices of oil, eggs, pasta, and other widely consumed foods are also climbing.

Flour prices have risen by up to 15%, said Attia Hamad of the Cairo Chamber of Commerce. “I eat less so my kids don’t get hungry,” said Farag, 52, whose daily budget for bread currently buys eight small flat loaves instead of 10. “Sometimes we cook a good meal every three days, and the rest of the week we just eat something like bread and cheese.”

Egypt is typically the world’s largest wheat importer, buying more than 60% of its wheat from abroad. Russia and Ukraine accounted for some 80% of those imports last year.

Now traders are scrambling to source supplies from elsewhere as fighting in Ukraine and sanctions on Russia block shipments.

“If I want to find an alternative, prices will be vastly different,” said one trader in the region, pointing to volatility in the futures contracts that underpin the market.

The contract for May delivery wheat on the Paris-based futures market is up almost 50% from its February lows.

Recent price increases could also nearly double annual state spending on wheat imports to $5.7 billion from about $3 billion, according to a study this week by the International Food Policy Research Institute, an amount the government could find it hard to recoup as the cost of subsidized bread has not changed since the 1980s – although the size of a loaf has shrunk.

An attempt to raise the price of Egypt’s subsidized bread in 1977 sparked riots while former president Hosni Mubarak faced unrest in 2008 over wheat shortages. The leading chant of the uprising that toppled him three years later was “Bread, freedom, and social justice.”

International organizations such as the World Bank are now warning that soaring energy and food prices could trigger similar social unrest in North Africa and the Middle East.

The government has tried to reassure Egyptians in recent weeks that existing wheat reserves and local crops will meet demand for the heavily subsidized bread available to around two-thirds of the population for at least eight months.

It has also raised the amount it will pay farmers for their wheat to secure more of the local crop and says it is budgeting for more expensive grain imports, despite growing pressure on public finances. 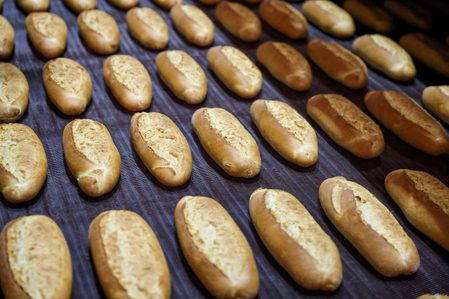 Officials have said subsidy reforms could be included in the 2022-2023 budget, due to be announced this month, though the extent of any reform remains unclear.

Wheat for all other bread comes from a growing private market where traders say reserves are lower.

At least a dozen people have been detained on suspicion of hoarding and speculation as authorities look to counter the price surge, and President Abdel Fattah al-Sisi on Tuesday, March 15, instructed the government to set a price for unsubsidized bread.

Exports of wheat, flour, and other foods including lentils and fava beans have been banned for three months.

More expensive commodities are expected to push up prices throughout the economy. Headline inflation accelerated to its highest rate in nearly three years in February, and is forecast to quicken further as consumers bulk buy ahead of the holy month of Ramadan next month.

Timothy Kaldas, a policy fellow at the Tahrir Institute for Middle East Policy, said although the new pressures could feed into simmering frustrations over living conditions, they may not result in public protests, which are now effectively banned after a long crackdown on political dissent.