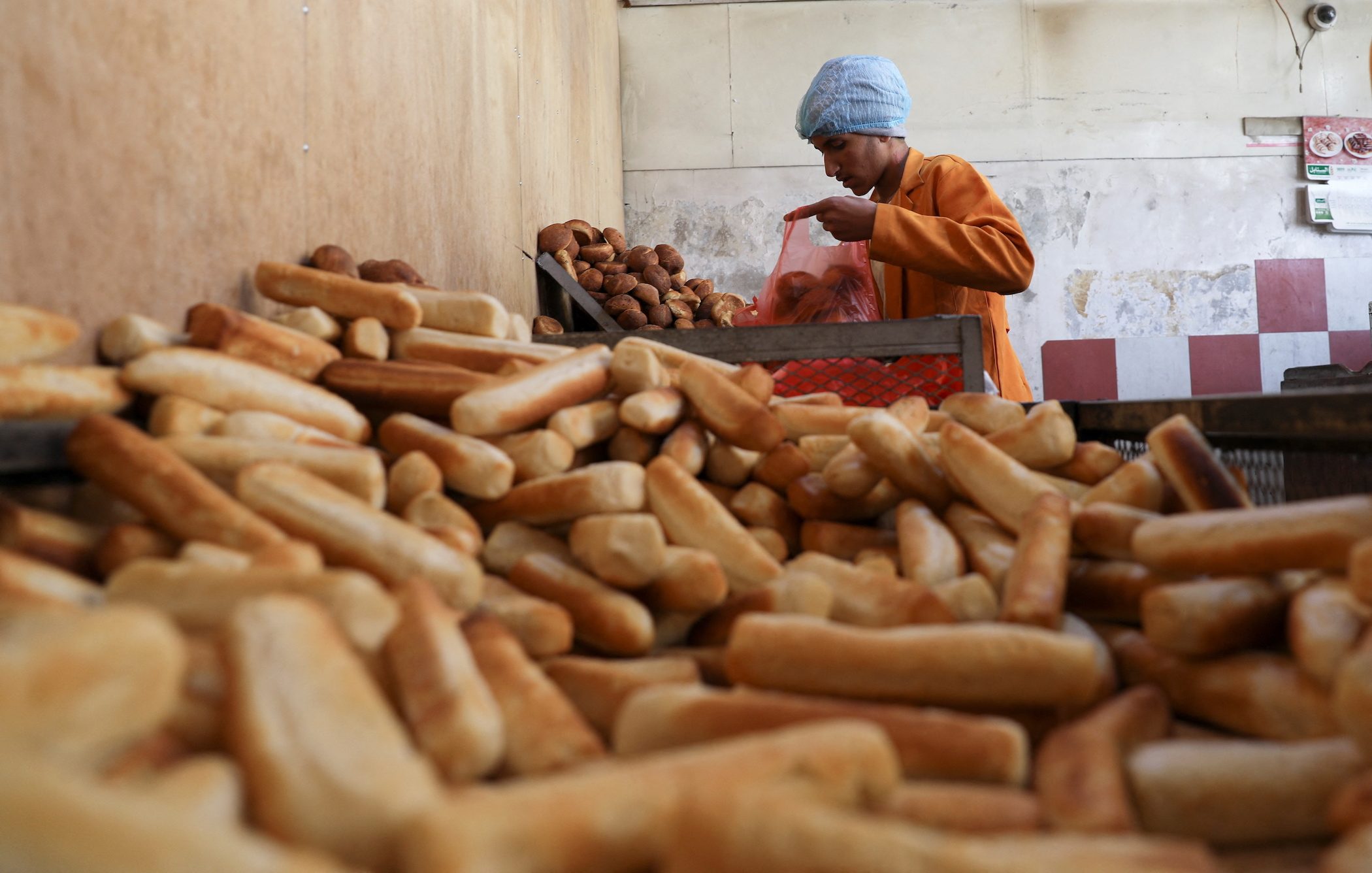 BREAD. A baker puts loaves of bread into a plastic bag at a bakery in Sanaa, Yemen, March 1, 2022.

Facebook Twitter Copy URL
Copied
Sudden spikes in food prices can lead to social unrest, as happened in 2007-2008 and again in 2011, when global food price increases were associated with riots in more than 40 countries

Germany will host a virtual meeting of agriculture ministers from the Group of Seven (G7) advanced economies on Friday, March 11, to discuss the impact of the invasion amid growing concerns about stabilizing food markets.

“There will be important ramifications for the Middle East, for Africa, North Africa, and sub-Saharan Africa, in particular,” which had already been experiencing food insecurity, Reinhart told Reuters in an interview.

“I don’t want to be melodramatic, but it’s not a far stretch that food insecurity and riots were part of the story behind the Arab Spring,” she said, adding that successful and unsuccessful coups had increased over the past two years.

The Arab Spring refers to a series of pro-democracy protests and uprisings that took place in the Middle East and North Africa beginning in 2010, starting in Tunisia and spreading to five other countries: Libya, Egypt, Yemen, Syria, and Bahrain.

Sudden spikes in food prices can lead to social unrest, as happened in 2007-2008 and again in 2011, when global food price increases were associated with riots in more than 40 countries.

Agricultural commodities were already 35% higher in January, compared with a year ago, and are expected to rise further due to the war since Russia and Ukraine are both major exporters of wheat, maize, barley, and sunflower oil, the World Bank reported last month, days after the Russian invasion began.

Moscow calls its actions in Ukraine a “special operation.”

Surging energy and food prices could also push policymakers to implement more subsidies, experts say, adding to the heavy debts of many low-income countries, of which about 60 are either already in or near debt distress.

The bank last month warned the impacts could be particularly harsh in the Middle East and North Africa, where countries like Egypt import up to 80% of their wheat from Ukraine and Russia. Mozambique is also a large importer of wheat and oil.

Reinhart said Central Asia countries also faced significant economic challenges, given their close economic and trade ties to Russia, which the International Monetary Fund expects to tip into a recession this year as a result of Western sanctions.

“It’s hit their currencies, and there are signs already of runs on banks, confidence issues, coupled with the food insecurity, and the [drop in] remittances,” she said, alluding to potential refugee flows as a further complication. – Rappler.com