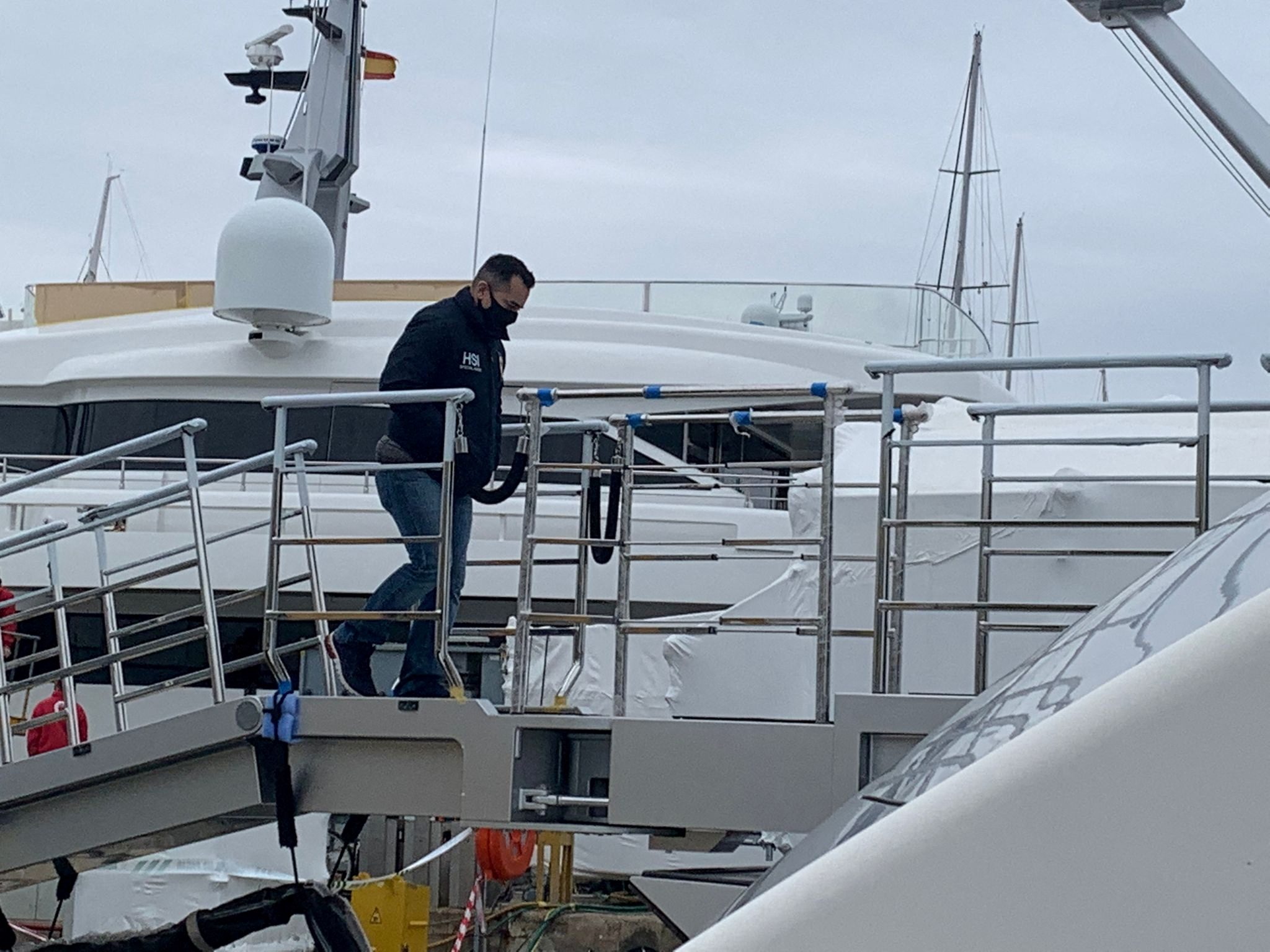 TANGO. A US Homeland Security Police agent climbs on board the Tango superyacht, belonging to Russian oligarch Viktor Vekselberg, which was seized on behalf of US authorities, as it is docked at the Mallorca Royal Nautical Club in Palma de Mallorca, Spain, April 4, 2022.

BRUSSELS, Belgium – European Union governments have frozen about 30 billion euros ($32.6 billion) of assets linked to oligarchs and other sanctioned people with ties to the Kremlin, the European Commission said on Friday, April 8.

The assets, totaling 29.5 billion euros since the start of the war in Ukraine, include bank accounts, boats, helicopters, real estate, and artwork, according to the commission, the EU’s executive body.

Additionally, about 196 billion euros of transactions have been blocked, it added.

However, the commission had no estimate for the total value of oligarchs’ assets in the European Union.

The volume of frozen resources may also represent only a minor share of assets believed to be owned by people sanctioned by the bloc following the Russian invasion of Ukraine on February 24. The Netherlands alone has estimated that about 27 billion euros in assets in the country and jurisdictions linked to it belonged to blacklisted oligarchs.

Wealthy individuals can use front men or anonymous shell companies and trusts to conceal their assets, which makes it very difficult to identify them, EU officials and diplomats have said, especially in jurisdictions with lax rules on companies’ beneficial owners.

The commission also said that only about half of the 27 EU countries had so far reported measures they had taken to freeze assets, despite a legal obligation to do so. It did not list the countries who had shared information.

Reuters reported in March that several member states had been reluctant to publicly share data on assets.

Moscow calls its offensive a “special military operation” to demilitarize and “denazify” its neighbor. Ukraine and Western supporters call that a pretext for an unprovoked invasion.

Since the invasion of Ukraine, the EU has sanctioned nearly 700 people linked to the Kremlin, including many super-rich oligarchs and businessmen. Another 200 people were added to the list on Friday. – Rappler.com