EU warns no return to pre-crisis economy before 2023 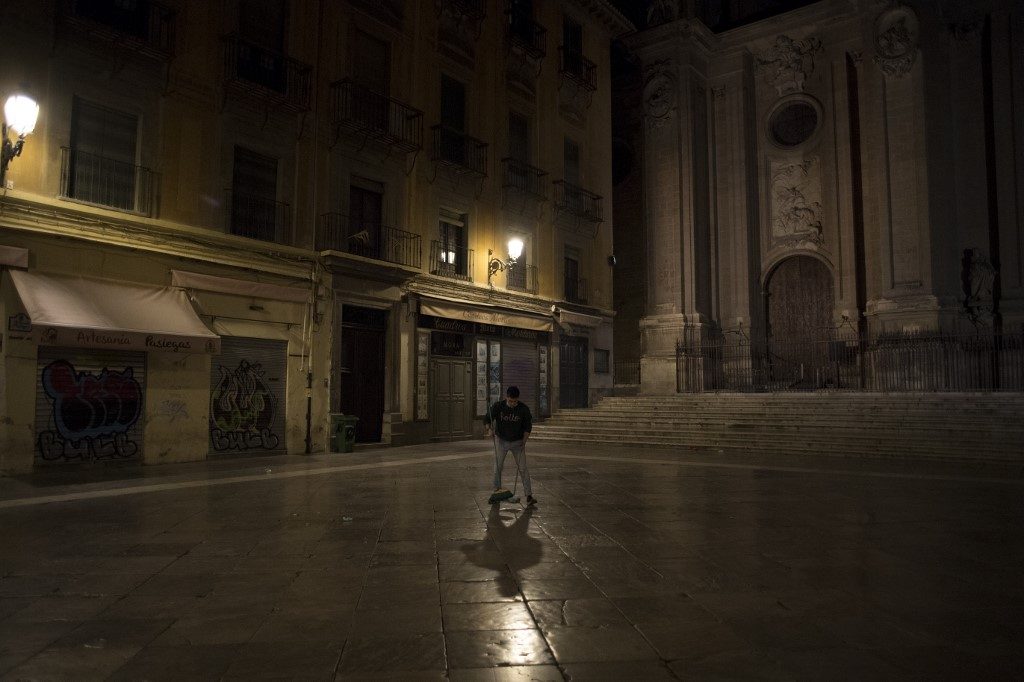 An employee sweeps after closing his business at Las Pasiegas Square at the end of a day's work in Granada, Spain, on October 31, 2020. - The Spanish parliament on October 29 approved the extension for six months of a state of emergency declared to fight a surge in coronavirus infections. Under the state of emergency, Spain's 17 regional governments, which are in charge of health, can impose measures to restrict people's mobility, such as nighttime curfews and closing their borders. (Photo by JORGE GUERRERO / AFP)

Facebook Twitter Copy URL
Copied
The European Union points to a whole series of danger signs, including higher unemployment and soaring debt levels for countries that will need to keep spending to revive their economies

A second wave of the coronavirus pandemic has stalled a nascent recovery in Europe, the European Union (EU) said on Thursday, November 5, warning that the economy would not return to pre-virus normality before 2023.

“The rebound has been interrupted,” the EU’s economic affairs commissioner Paolo Gentiloni told reporters as he announced new forecasts.

The soured outlook dashed hopes for a quick turnaround of the European economy and raised questions whether more stimulus would be needed to avert more lasting damage.

“We never counted on a V-shaped recovery. Now we know for sure that we won’t have one,” Gentiloni said.

In its forecast, Brussels pointed to a whole series of danger signs, including higher unemployment and soaring debt levels for countries that will need to keep spending to revive their economies.

The European Commission said the eurozone economy would expand by just 4.2% next year, much lower than the 6.1% it predicted in July.

In effect, renewed disruptions across the continent will “put the recovery on hold in the short term,” Gentiloni said, but added that the outlook was subject to “extremely high uncertainty.”

The loss of steam came despite a better-than-expected recovery in the middle of 2020 which limited the depth of this year’s historic recession.

But, unlike earlier hopes, EU economic output “will not return to pre-pandemic levels by 2022,” warned commission Vice President Valdis Dombrovskis.

Germany, the bloc’s leading economy, has limited the damage, with gross domestic product (GDP) expected to fall 5.6% in 2020.

The downturn has led member states to open the purse strings in the hopes of saving their economies and public deficits have widened to more than 10% in the case of France, Italy, Spain, and Belgium.

As a clear consequence, the debt of the member states is expected to soar in 2020 and will exceed 100% of GDP in the eurozone as a whole.

The commission called on the European Central Bank (ECB) to keep doing all it can to offset the negative consequences of this heavy debt.

So far, thanks to the ECB’s action, the financial markets have shrugged off the extra public spending with borrowing costs currently near record lows despite the high debt.