EXPLAINER: Why US flights were grounded by an FAA system outage 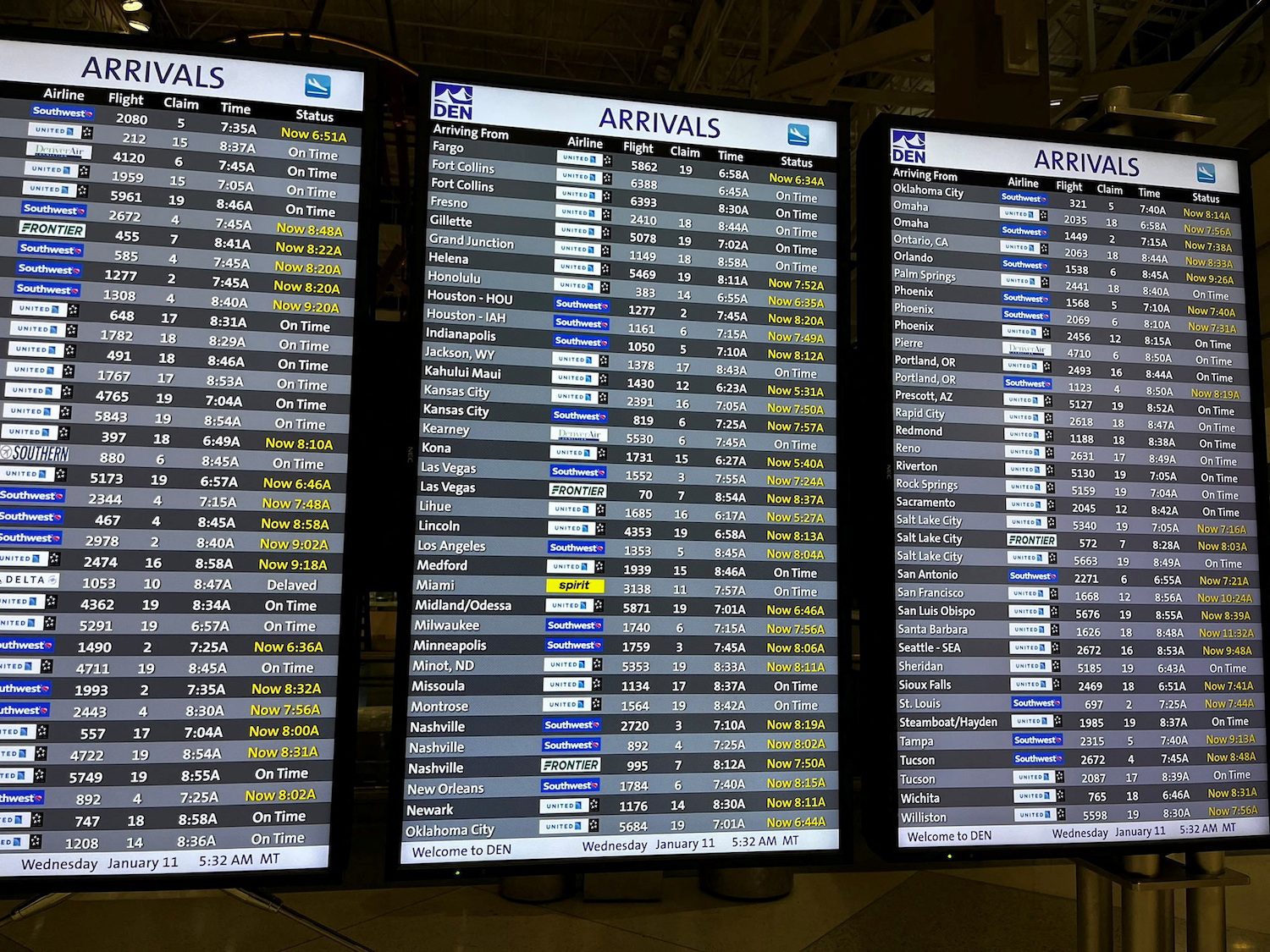 FLIGHTS. An arrival board displays the status of flights at the Denver International Airport, in Denver, Colorado, January 11, 2023.

The Federal Aviation Administration (FAA) allowed some flights to resume after an outage of the system that alerts pilots to any obstructions before takeoff had earlier forced the civil aviation regulator to ground all aircraft in the United States.

Over 4,000 flights were delayed and more than 600 canceled because of the outage as of early Wednesday morning, January 11. US flights were slowly beginning to resume departures as a ground stop was lifted.

Here is a brief summary of what the pilot warning system does, what we know about what went wrong, and background about the safety notices provided to pilots, known as NOTAM.

The FAA system that is meant to distribute notices to pilots on hazards failed at about 2 am Eastern Time, officials said.

The FAA ordered airlines to put a halt on all domestic departures until 9 am Eastern Time while it tested whether crews had managed to restore the system and bring it back online.

What is a NOTAM?

The system that failed on Wednesday is part of a nearly century-old practice originally known as Notices to Airmen – originally modeled on a system for notices to mariners.

The system, which was changed to be called Notice to Air Missions in 2021, is meant to alert pilots to hazards, everything from snow, volcanic ash, or birds near an airport.

The NOTAMs sent by the US Federal Aviation Administration are part of a global safety system managed through the United Nations’ aviation agency.

Pilots are required to review the notices, either printed on paper or on an iPad, before takeoff.

The information provided can run up to 200 pages for long-haul international flights.

NOTAMs are written in a kind of encoded shorthand that had been originally designed to make communication more efficient.

How has the system changed?

The UN Civil Aviation Organization has been leading an effort to overhaul the system to make it easier for airlines and pilots to filter the most important warnings and present them in clearer language.

In July 2017, an Air Canada jet landed on the wrong runway at San Francisco’s airport and came within seconds of colliding with four other planes.

The notice of the closure of one of the two runways at the airport had been flagged in the pre-flight NOTAM – on page 8 of a 27-page briefing – and missed by the pilots.

The incident, and the information overload that pilots complain the system encourages, prompted the effort to change the way the system operates.

“[NOTAMs] are just a bunch of garbage that nobody pays any attention to,” US National Transportation Safety Board Chairman Robert Sumwalt said at a 2018 hearing on the Air Canada incident, which helped spur a global campaign for change.

FAA officials have been involved in efforts to modernize the system in recent years. – Rappler.com