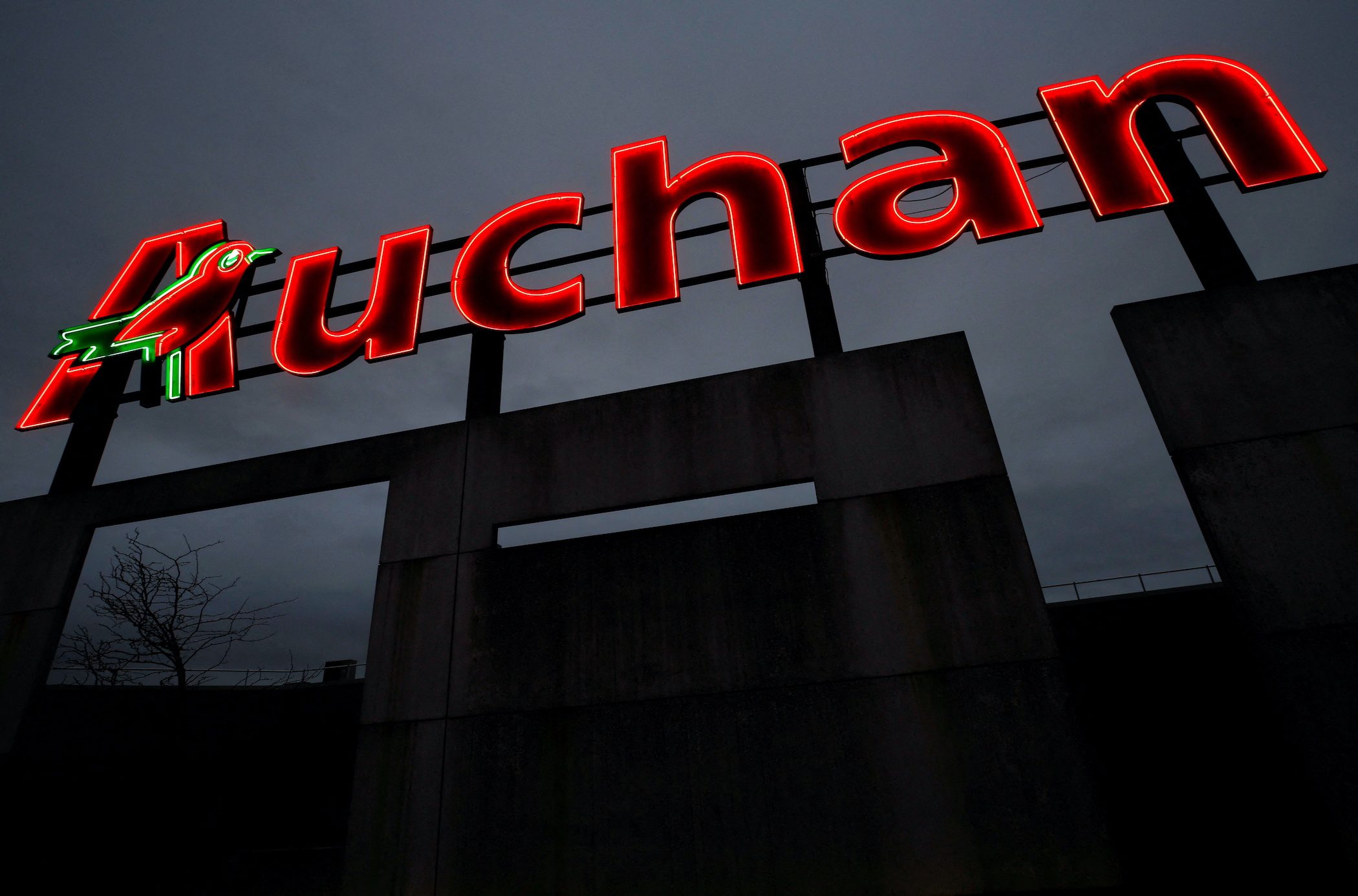 AUCHAN. The logo of Auchan supermarket is pictured in Saint-Sebastien-sur-Loire near Nantes, France, February 1, 2022.

PARIS, France – Privately-owned French retailer Auchan plans to maintain its presence in Russia, its chief executive officer said in an interview published in the French newspaper Journal du Dimanche on Sunday, March 27, prompting Ukraine to call for a boycott of the international chain.

Auchan, which has around 30,000 staff, 231 stores, and e-commerce activities in Russia, has already been criticized by Ukrainian President Volodymyr Zelenskiy for remaining operational in Russia after the invasion of Ukraine.

In the interview published on Sunday, Auchan’s CEO Yves Claude said he feared the company risked losing assets or exposing local managers to potential legal troubles if it pulled out of Russia.

The firm would also remain in Ukraine, Claude said, where its 43 supermarkets and around 6,000 staff, including in regions hit by the war, were operating under “extreme conditions.”

“The most important in our eyes is to maintain our employees and ensure our primary mission, which is to continue feeding the populations of these two countries,” Claude said.

Responding to the report, Ukraine’s foreign minister called for a boycott of Auchan and all of its products.

“Apparently, job losses in Russia are more important than the loss of life in Ukraine,” Dmytro Kuleba said on Twitter.

Ukrainian President Zelenskiy has said it was necessary that all Western companies leave the Russian market and do not cover their “thirst for profit” through “cheap” communication, explicitly citing Auchan and Swiss food giant Nestle.

The company generated 3.2 billion euros in sales in Russia last year, around 10% of its global sales, and expects losses this year in that market.

Moscow says the goals for what Putin calls a “special military operation” include demilitarizing and “de-Nazifying” its neighbor. Ukraine and its Western allies call this a pretext for an unprovoked invasion. – Rappler.com