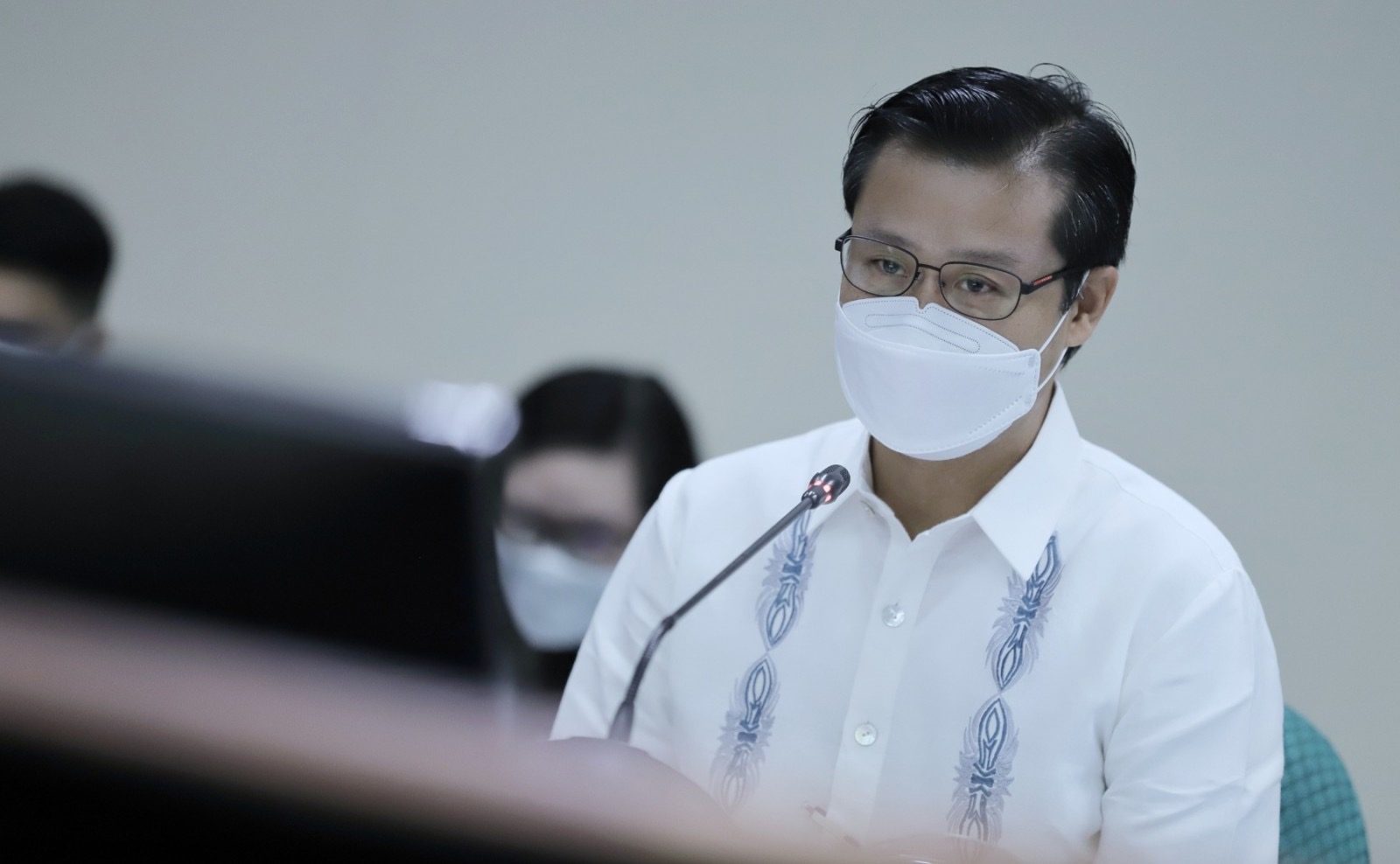 Senator Sherwin Gatchalian, chairman of the Committee on Energy, presides over the hearing on Malampaya gas-to-power project

The chairman of the Senate committee on energy said on Wednesday, July 14, that Shell Philippines Exploration (SPEX) should have exercised more prudence in choosing the next operator of the Malampaya gas field.

Senator Sherwin Gatchalian said this at the Senate hearing on Service Contract No. 38 or the Malampaya gas-to-power project, where he quizzed SPEX General Manager Don Paulino on Shell’s selection process for the acquisition of the company.

In May, Shell Petroleum NV announced that Udenna Corporation unit Malampaya Energy XP (MEXP) will buy SPEX for a total of $460 million. SPEX has a 45% operating interest in the gas field.

At the Senate hearing on Wednesday, Paulino explained that a Singapore-based independent company reviewed all the bid submissions and evaluated each proposal.

Of the offers, Paulino said that Dennis Uy’s MEXP “submitted the most compelling offer.” Apart from a favorable financial offer, Paulino said that the Udenna unit committed to absorb SPEX employees, which meant that technical expertise would be retained in the short term.

Paulino added that MEXP submitted a transition plan, where some expertise, particularly on drilling exploration, would be procured.

Gatchalian, however, was not satisfied with Shell’s explanation, pointing out that the new SPEX owner should have a track record.

The senator also said that Shell should have made sure that the new owners of SPEX “should be competent enough to continue or expand the operations.”

“I don’t feel that Shell has demonstrated or exercised prudence in choosing the operator. I’m not so convinced with that,” Gatchalian said.

“Shell should’ve been more prudent in terms of choosing the right operator. The financial part is your prerogative but the operational part is our prerogative here in the Philippines. And being a consumer and a Filipino, I want to be assured that whoever Shell sells to, it will be competent enough to run it,” he added.

The Department of Energy (DOE) is still reviewing the Shell-Udenna purchase agreement.

Through the deal, Udenna would effectively control Malampaya with a 90% operating interest. It bought Chevron Malampaya LLC’s 45% interest in the gas field in 2019.

Why didn’t PH gov’t step in?

During the hearing, Gatchalian pointed out that banks will cover Udenna’s acquisition of SPEX, so why didn’t the government do the same?

The PNOC-EC has the right to match MEXP’s offer to Shell.

If it waives its right, the Philippine government can just evaluate the purchase agreement and give its consent to finalize the transaction. The government can also decide not to approve the sale.

Energy Secretary Alfonso Cusi told the Senate panel on Wednesday that the DOE, through PNOC-EC, has been keen on increasing the government’s operating stake in Malampaya.

PNOC-EC President Rozzano Briguez told the Senate panel that the government corporation did consider buying the stake and even conducted an in-house assessment which estimated the value of the transaction, as well as identified the risks.

Briguez said, however, that government banks were only willing to support PNOC-EC with up to 50% of the estimated amount. He added that SPEX, if PNOC-EC would manage it, could lose the operational flexibility it enjoyed as a private firm.

“[Supporting] the remaining 50% is barely enough for us to sustain [operations]. Our cash is just probably a little above the in-house valuation that the bank will not support. If we do that, that already will compromise the remaining three operated blocks we have and the other four non-operated blocks,” Briguez said.

Gatchalian said that operational flexibility should not have been a problem as it “could be remedied by the law.”

“My point here is we lost the opportunity because as you saw, it was sold at a discount, the payback period is short.… It’s a good opportunity for PNOC-EC to really become an oil and gas company, not just a paper holding company,” the senator said. – Rappler.com