CAPITAL REGION. A view of main thoroughfare EDSA from Mandaluyong City on September 25, 2020.

Facebook Twitter Copy URL
Copied
(UPDATED) There's no V-shaped recovery for the Philippine economy in the 3rd quarter, as COVID-19 cases continue to rise months after the country implemented the world's harshest lockdown 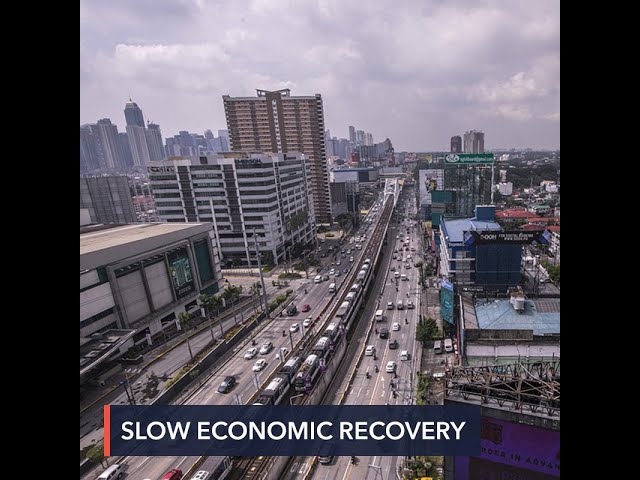 The Philippine economy contracted at a slower rate of 11.5% in the 3rd quarter, as the government gradually eased restrictions despite continuously rising COVID-19 cases.

The latest gross domestic product (GDP) growth, although negative, is an improvement from the deeper-than-expected 16.9% dip in the 2nd quarter – the worst reading on record.

Among major economic industries, agriculture posted growth of 1.2% in the 3rd quarter, while industry and services both recorded contractions of 17.2% and 10.6%, respectively.

The per capita GDP growth rate dipped by -12.7% during the quarter from a 4.8% growth in the same period last year.

The recession lingering in the 3rd quarter was no surprise, since the government’s economic team, as well as analysts and credit rating agencies polled by various news outlets, expected negative growth during the quarter.

The double-digit dip, however, was much sharper than what the market expected and was worse than regional peers.

Despite this, the economic team is “optimistic that the worst is over for the country.”

“The smaller GDP contraction of 11.5% in the 3rd quarter from a contraction of 16.9% in the 2nd quarter indicates that the economy is on the mend,” said Acting Socioeconomic Planning Secretary Karl Chua.

“The double-digit contraction in the 3rd quarter is not surprising given the return to more stringent quarantine measures in NCR (National Capital Region) and neighboring provinces, and Cebu City, which together account for around 60% of the Philippine economy.”

The economy contracted by an average of 10% in the first 3 quarters, beyond the government’s target drop of just 5.5% for 2020.

National Statistician Dennis Mapa said the government’s target “is no longer feasible,” as GDP would need to grow by at least over 6% in the 4th quarter for it to be met.

The contraction in the 3rd quarter was much sharper than analysts’ median estimates of around 9.6%.

“With unemployment still elevated at 10% and business sentiment negative according to the Bangko Sentral ng Pilipinas (BSP), we do not expect a quick rebound in growth with GDP remaining in negative territory until a base effect-induced bounce in Q2 2022,” said Nicholas Mapa, senior economist of ING Bank Manila.

Mapa noted that household consumption, which delivers the bulk of economic activity, will be handicapped in the remaining months ahead, given the challenging labor market.

“We also highlight the sustained elevated number of COVID-19 daily infections which may increase in the coming months with authorities planning to relax lockdown measures further.  The persistent threat of the virus will likely sap consumption appetite and keep investment outlays at bay,” Mapa said.

President Rodrigo Duterte’s team initially hoped for a quick recovery and even assumed consumer confidence would return in the 3rd quarter.

But the V-shaped recovery did not happen since COVID-19 infections continued to rise, with total cases now nearing the 400,000 mark.

In contrast, Philippine neighbor Vietnam resisted the global downturn and posted growth of 2.6% in the 3rd quarter.

Vietnam was among the first to immediately close its borders when infections spread worldwide. It has just over 1,200 cases with 35 deaths.

Meanwhile, China, where the novel coronavirus originated, posted GDP growth of 4.9%, as it bolstered mass testing and flattened the infection curve.

Multilateral lenders like the World Bank and Asian Development Bank expects the Philippines to have the sharpest contractions in Asia in 2020.

Singapore and Indonesia posted slower contractions of 7% and 3.49%, respectively. So far, only the Philippines has reported a double-digit dip in the 3rd quarter in Southeast Asia.

Malaysia has yet to announce 3rd quarter GDP performance, but experts see a strong rebound from the 17.1% dip in the 2nd quarter.

Meanwhile, the Economist Intelligence Unit forecasts countries like Brazil, Russia, India, China, and South Africa will likely recover quickly, while others will take up to 4 years to return to pre-coronavirus GDP levels.

The GDP is the monetary value of all finished goods and services made within a country during a specific period.

While somewhat limited in scope despite its various data points, it nonetheless provides a snapshot of a country’s economy and growth. – Rappler.com