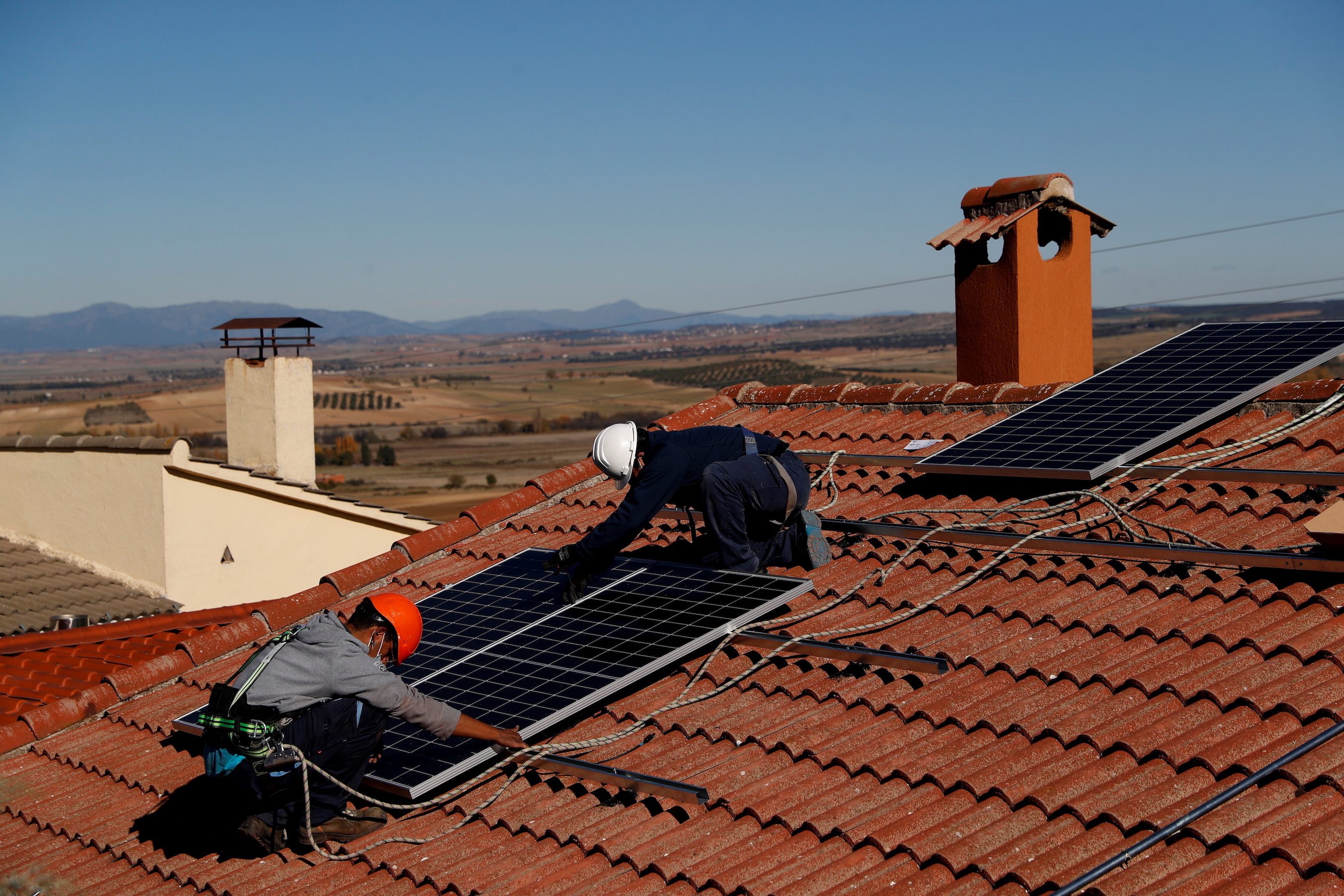 On a bright, chilly morning in a small town east of Madrid, Esther Banales stood outside her home as technicians scaled the roof to affix 16 shiny solar panels she hopes will cut her power bills by more than a third.

Rooftop solar companies in sun-drenched Spain say a growing number of people are seeking home systems to avoid power prices that have soared as demand for gas to fuel post-pandemic recoveries clashed with tighter-than-usual supplies.

“We saw how electricity bills were going up, and people are talking about whether we will have supply problems, so I decided it was the right time [for solar],” Banales said.

Demand is booming in several European countries, according to Otovo, the Norway-based company that arranged Banales’ installation.

“In the case of Spain, we are talking about where we had one customer interested last year, we have three today,” said Inigo Amoribieta, who is in charge of Otovo’s Spanish business.

Power bills have risen almost 12% on average in Spain since 2018, and under one widely-used tariff they were 50% higher in the first two weeks of November than in the same period last year, according to consumer association FACUA.

Installations like Banales’ include an inverter which changes the raw power into electricity she can use.

Spanish renewable energy trade group APPA says that if prices stay at current highs, home solar systems could save 40% to 60% on annual power bills. With government subsidies of some 900 million euros, complemented by local tax breaks, the cost would be redeemed in five years, APPA says.

Since 2018, when Spain lifted a charge on excess power going back to the grid, known as a “sun tax,” independent generation has become a way for Spaniards to “vaccinate” themselves against high prices, said Jose Donoso, head of solar association UNEF. – Rappler.com