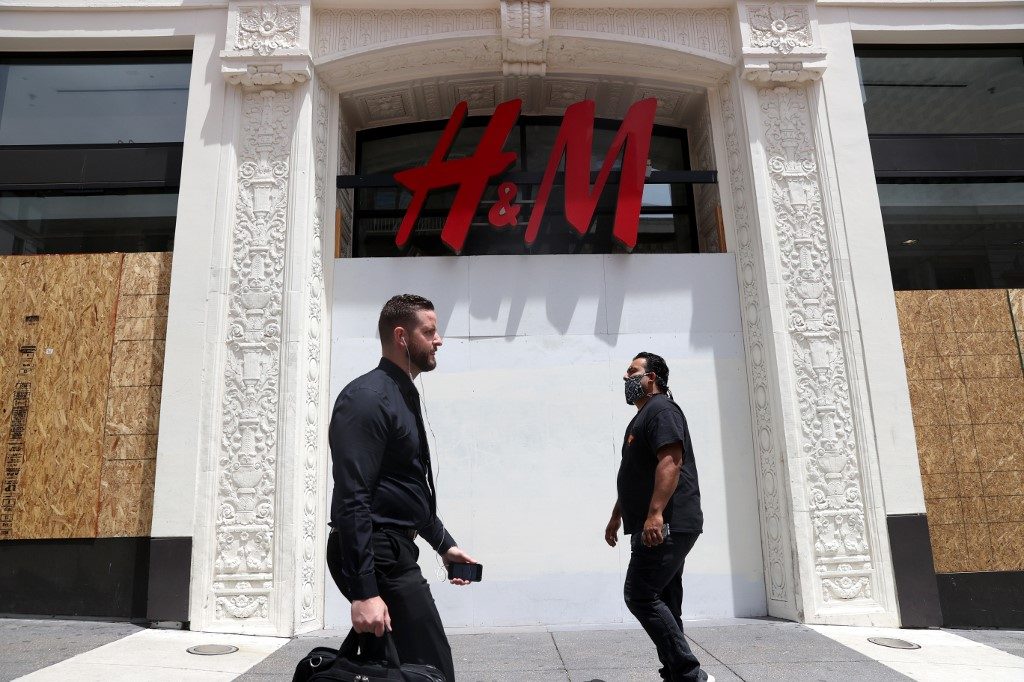 Pedestrians walk by a closed H&M store in San Francisco, California, on June 11, 2020. Economic worries due to the coronavirus COVID-19 pandemic continue as an additional 1.5 million people filed for first-time unemployment benefits in the past week. The Dow Jones Industrial average plunged over 1,800 points on the news. Justin Sullivan/Getty Images/AFP

“The rapid changes in customer behavior have been accelerated by COVID-19. The H&M group is therefore now stepping up the pace of its transformation,” the company said in its quarterly report.

Net profit for the period from June to August came in at 1.8 billion Swedish kronor ($201 million, 172 million euros), compared to 3.9 billion kronor for the same period a year earlier.

At the same time, online sales, which currently only represent a quarter of total sales, grew by 28% during the 3rd quarter in local currencies.

Pre-tax profit came in at 2.4 billion kronor, an improvement over the 2 billion kronor reported in preliminary results published in mid-September.

“Our recovery is going better than expected…. With more full-price sales than expected and strict cost control, we returned to profit already in the 3rd quarter,” chief executive officer Helena Helmersson said in a statement.

In its 2nd quarter, H&M posted a net loss of some 5 billion kronor, compared to a net profit of 4.6 billion a year earlier while revenue halved to 28.7 billion kronor.

At midday on the Stockholm stock exchange, shares in H&M were up 7%.

Fashion retailers, especially fast-fashion brands like H&M, have been hit hard by the ongoing pandemic.

In mid-April, the Scandinavian company temporarily closed around 80% of its stores worldwide.