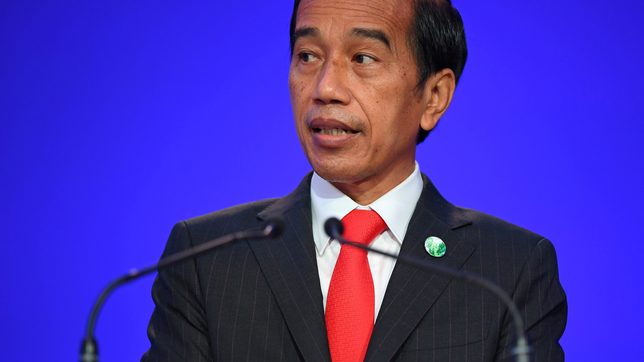 Facebook Twitter Copy URL
Copied
'I will make sure that the government guarantees the security and certainty of investment in Indonesia,' says President Joko Widodo

The Constitutional Court, ruling on Thursday, November 25, on a case brought by labor unions, said there were procedural flaws in the formation of the legislation passed last year, which the government had touted as a potential game changer in luring foreign investment to Southeast Asia’s biggest economy.

The court told the government to make necessary amendments within two years. The “omnibus” law saw the revision of more than 70 existing laws, in an effort to reduce red tape and streamline new business permitting.

The president stressed that the court had ruled the law would remain in effect pending the changes, which his Cabinet would address as quickly as possible.

“I will make sure that the government guarantees the security and certainty of investment in Indonesia.”

The assurance by Jokowi, as the president is known, comes as economists warn the ruling could dim Indonesia’s investment outlook and as business groups seek clarity and guarantees.

The fund was established based on the omnibus law and foreign investors have pledged billions of investment, including $10 billion from the United Arab Emirates.

He told a conference that the government would ask parliament to make the revision of the law priority legislation. – Rappler.com