Rehabilitation of LRT1 stations to start in December MANILA, Philippines – The group of Metro Pacific Investments Corporation (MPIC) and Ayala Corporation is spending about half a billion pesos for the next 12 to 18 months to rehabilitate and upgrade the 20 stations of Light Rail Transit Line 1 (LRT1).


LRMC on Wednesday, October 21 said that all LRT1 passenger stations “will be improved to enhance accessibility, safety, and security of commuters.” 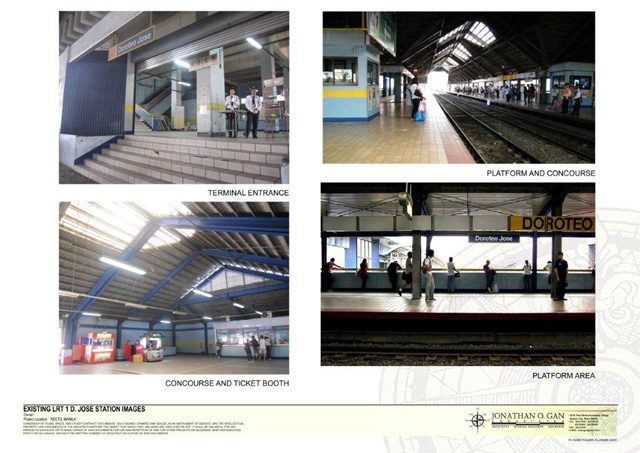 The plan is consistent with LRMC’s commitment to “give commuters the best station environment as possible,” LRMC President and CEO Jesus P. Francisco told reporters during a briefing in Makati City on Wednesday.

The improvements in LRT1 stations will start with Doroteo Jose station, the interchange terminal of LRT1 and LRT Line 2 in Sta. Cruz, Manila.

Construction for Doroteo Jose station is targeted to start in December 2015.

The construction for the other 14 stations, according to Francisco, will start in May and August 2016. The Department of Transportation and Communications (DOTC) and the Light Rail Transit Authority (LRTA) on Friday, October 16, rolled out the auction for the procurement of 120 new light rail vehicles (LRVs) for LRT1, which runs from Roosevelt in Quezon City up to Baclaran in Parañaque City, and is about to be extended to Bacoor, Cavite.

“When government brings in new LRVs, we expect passenger traffic to increase, thus the need to make sure that the stations are ready to handle the expanded capacity,” Francisco said.

These new LRVs will then be turned over to LRMC.

“The station improvement project complements our plan to enhance passenger safety, comfort, and convenience and is aligned with our objective of improving the efficiency of the LRT1 system,” Francisco said.

LRT1 currently accommodates a daily average of 400,000 commuters from Baclaran in Pasay City to Roosevelt in Quezon City.

LRMC will be responsible for the construction of the 11.7-kilometer extension from the present end-point at Baclaran to the Niog area in Bacoor, Cavite.

The extended rail line is expected to help increase the capacity of LRT1 from 500,000 to 800,000 passengers daily and benefit more than 4 million residents in the southern part of Mega Manila. – Rappler.com