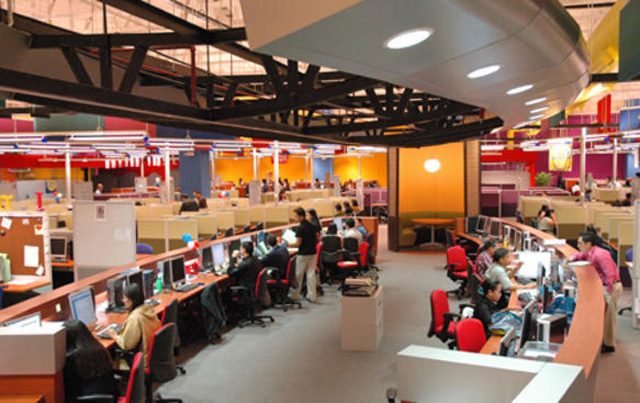 Department of Labor and Employment (DOLE) Secretary Rosalinda Baldoz said the IT-BPM sector is very well poised to meet its target at the rate IT-BPM is growing – which is faster than the national economy’s growth rate.

According to Baldoz, the industry’s call centers alone anticipate about 225,000 new jobs this year, while the healthcare outsourcing subsector – the fastest growing IT-BPM subsector in terms of employment – is aiming to hire 100,000 more workers this year.

Healthcare outsourcing in the Philippines has about 87,000 workers, $3 billion (P136.9 billion) in annual revenues, and the fastest growth rate at 30%.

It also looks to be buoyed this year by the US adoption of the International Code for Disease Standards, which created a demand for coders and gave the sector a chance to market itself.

Other growing sectors in the IT-BPM industry include finance and accounting, software development, and legal outsourcing.

In 2015, the IT-BPM sector had about 1.2 million employees. Its largest sector, voice services, which encompasses call centers, accounted for 69% of the total IT-BPO industry, employing two-thirds or about 700,000 of the entire industry.

The labor and employment chief attributes the global foothold of the country’s IT-BPM sector to its young and educated workforce.

“The Philippines’ pool of human talents is one of the chief attractions for foreign investors to set up shop in the country for this provides them a very strong advantage,” Baldoz said.

The IT-BPM sector is one of 22 industries for which the DOLE, in cooperation with the International Labor Organization and the private sector, has crafted human resource development (HRD) roadmaps.

Baldoz admitted, however, that one of the industry’s biggest challenges is talent availability.

“IT-BPM cuts across industries – this is its distinct characteristic – so we have to make sure that Filipino workers are skilled and equipped for them to be ready to take advantage of the growth opportunities,” she said.

The industry as a whole is on track to hitting its $22 billion (P471.3 million) target revenues for 2015, buoying optimism to reach $25 billion this year.

The Information Technology and Business Process Association of the Philippines (IBPAP), which will release 2015 official results this month, said this year’s target would represent another 14% growth, or an extra $3 billion for the industry.

IBPAP president Jose Mari Mercado said the group would start work this month on a new roadmap for the industry to achieve its vision for 2022.

The roadmap is targeted to be released before the middle of the year.

In its two previous roadmaps, IBPAP looked at the global opportunities and the Philippines’ capabilities. The upcoming roadmap will look at specific trends, such as multi-language capabilities and opportunities arising from the Association of Southeast Asian Nations (ASEAN) integration, among others. – Rappler.com