PLDT to increase base stations for LTE expansion 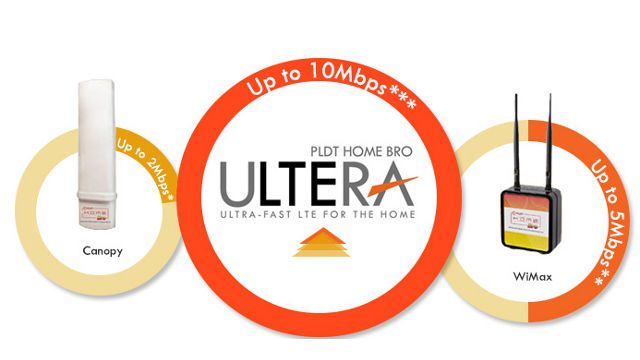 MANILA, Philippines – The Philippine Long Distance Telephone Company (PLDT) is planning to increase its total number of base stations – from 228 to around 1,000 stations – within the year to expand the reach of its latest offering, called PLDT Home Bro Ultera.

According to Dominador Perez Jr., PLDT’s and Smart Communications’ head of network infrastructure build, the first 228 sites were established within a 3-month period as part of the P2 billion foundation of the Home Bro Ultera launch.

TD-LTE, which is also known as Long-Term Evolution Time-Division Duplex (LTE-TDD) is a type of 4G mobile telecoms technology and standard for LTE technology geared towards users who may prefer to take advantage of more Internet capabilities on phones, rather than calls.

Perez said the amount of investments for the expansion program was still being finalized, and the company would “see how much we can earmark.”

Ava Espanola, PLDT assistant vice president and head of PLDT Home Fixed Wireless Solutions, said that aside from the existing 228 sites in urban and rural areas, additional TD-LTE sites would be established in other remote areas. The strategy would improve overall coverage, especially in the rural areas where Internet infrastructure is not as developed.

Espanola also provided the general breakdown of the site locations: 39% in South Luzon, 32% in North Luzon, 11% in Metro Manila, 10% in Mindanao, and 9% in the Visayas.