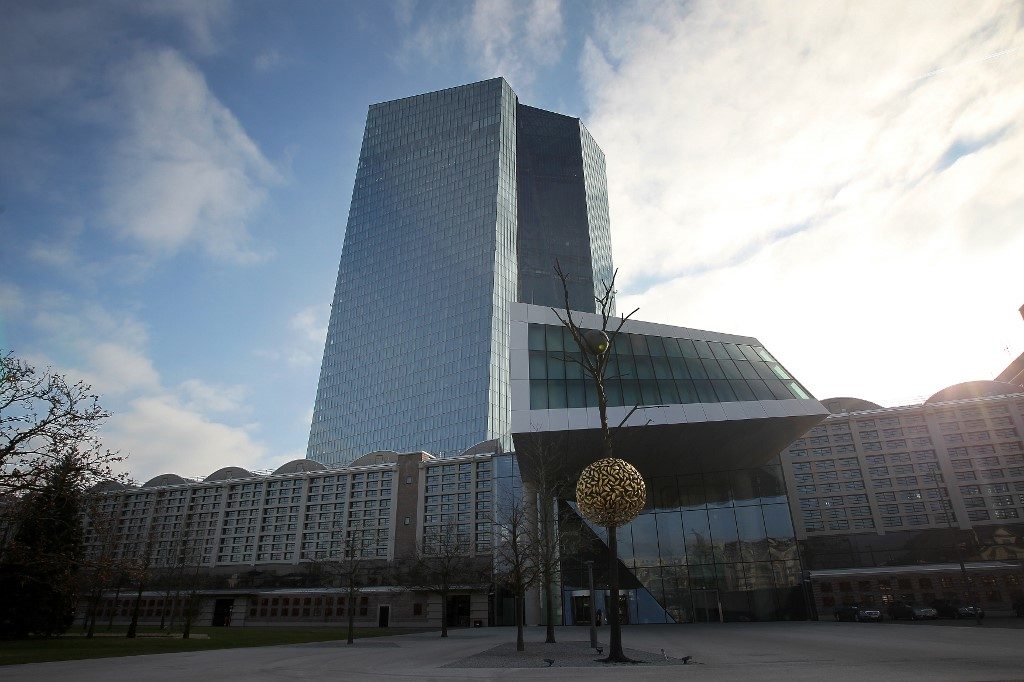 ECB. The headquarters of the European Central Bank is pictured in Frankfurt am Main, Germany, on January 23, 2020.

Eurozone inflation remained in negative territory for the 4th consecutive month, official data said on Tuesday, December 1, with the European economy impaired by the second wave of the coronavirus.

The European Union’s Eurostat data agency said inflation remained at -0.3% in November, way off the official target set by the European Central Bank (ECB) of just under 2%.

The descent into deflationary territory has put pressure on the ECB to draw up further stimulus measures, already at 1.35 trillion euros ($1.58 trillion), and should encourage governments to spend more.

Europe’s economy is heading back into recession in the 4th quarter, after a short recovery over the summer failed to take hold as coronavirus cases shot back higher.

Policymakers worry about falling prices as they can encourage consumers to hold off making purchases in hopes they fall further, which can lead to a spiral of dropping economic activity, employment, and prices.

ECB chief Christine Lagarde has already pledged to bolster the economy with fresh stimulus at the central bank’s December meeting.

The first wave of virus cases in March prompted the ECB to roll out its unprecedented bond-buying scheme to keep borrowing costs low and boost the economy.

Expectations are that the same scheme, known as PEPP, will be beefed up at the next monetary policy meeting on December 10, though Lagarde said other measures were available.

Even before the virus, inflation in the 19-nation eurozone has stayed stubbornly low, leaving the 2% target well out of reach and fueling calls for a rethink at the ECB.

Pursuing a less strict inflation target would follow in the footsteps of the United States Federal Reserve, which has pledged more leeway, allowing inflation to rise above 2%. – Rappler.com