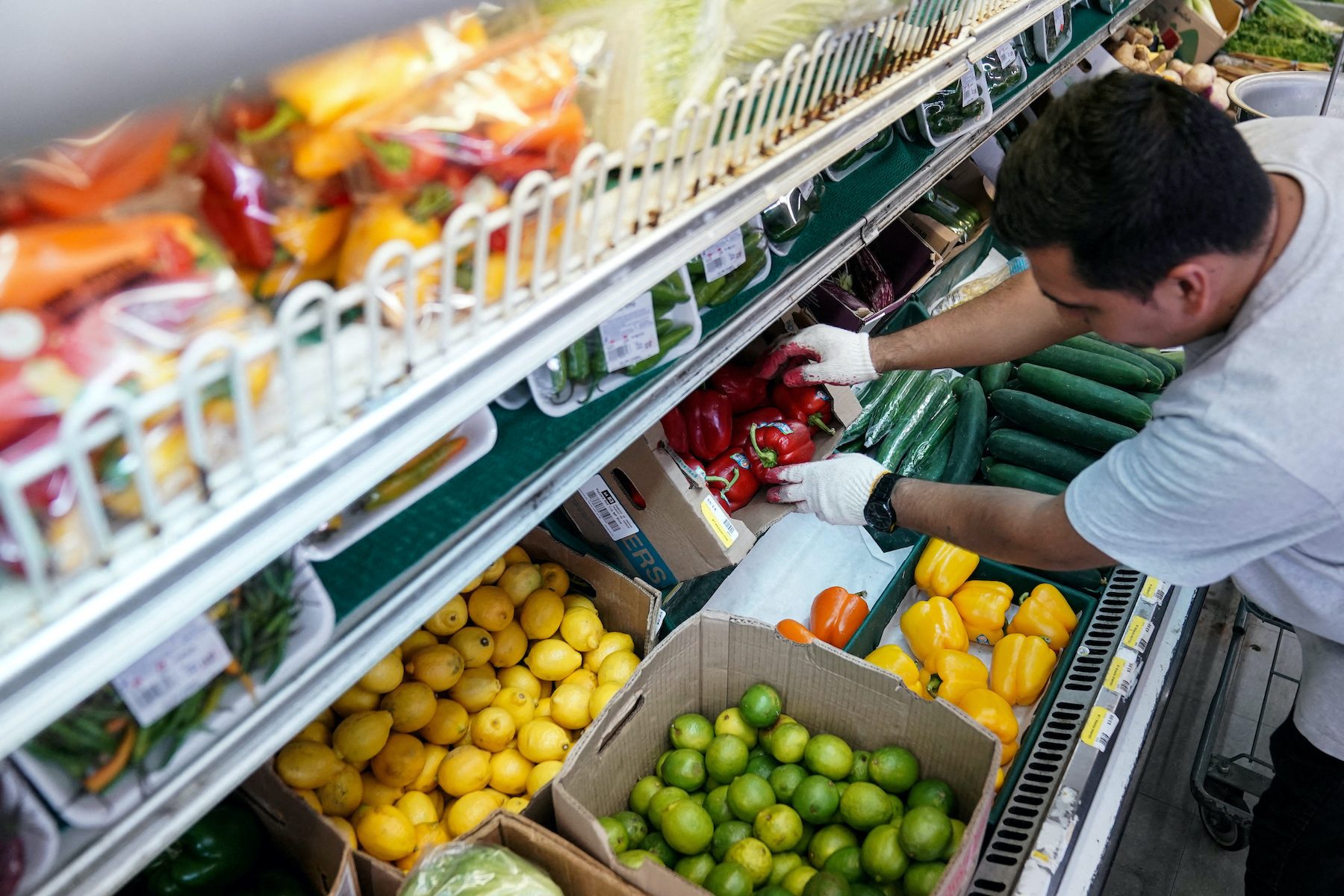 WASHINGTON, USA – US consumer prices rose less than expected in October, pushing the annual increase below 8% for the first time in eight months, the strongest signs yet that inflation was slowing, which would allow the Federal Reserve to scale back its hefty interest rate hikes.

But the fight against inflation is far from won, with other data from the Department of Labor on Thursday, November 10, showing a moderate increase in the number of Americans filing new claims for unemployment benefits last week, pointing to a still-tight jobs market. Nevertheless, the rare good news on inflation sparked a rally on Wall Street and sent US Treasury yields tumbling. The dollar slumped against a basket of currencies.

“Inflation is still too high, but there is evidence that the Fed has turned the corner in its fight and that the pace of future interest rate increases will begin to slow,” said Christopher Rupkey, chief economist at FWDBONDS in New York.

“The market is on fire with the long-wished for inflation moderation finally starting to appear.”

The consumer price index rose 0.4% last month after climbing by the same margin in September. Economists polled by Reuters had forecast the CPI would advance 0.6%. Soaring rents accounted for more than half of the increase in the CPI. Gasoline prices rebounded after three straight monthly decreases.

While food prices increased 0.6%, the pace was much slower relative to prior months. The price of food consumed at home rose 0.4%, the smallest gain since December 2021. There were increases in the prices of meats, poultry, fish, eggs, cereals, and bakery products. But fruits and vegetables cost less.

In the 12 months through October, the CPI increased 7.7% after rising 8.2% on the same basis in September. It was the first time since February that the annual increase in the CPI was below 8%, and the smallest gain since January.

President Joe Biden welcomed the inflation reprieve ahead of the holidays and said it was evidence that his economic policies were yielding fruit. Biden’s Democratic Party showed a better-than-expected performance against Republican opponents in the midterm elections on Tuesday, November 8.

“I will work with anyone, Democrat or Republican, on ideas to provide more breathing room to middle-class and working families,” Biden said in a statement. “And I will oppose any effort to undo my agenda or to make inflation worse.”

The annual CPI peaked at 9.1% in June, which was the biggest advance since November 1981. Annual inflation is slowing as last year’s big increases drop out of the calculation.

Some economists, however, cautioned against declaring that the worst was behind, noting that prices ebbed in July last year through September, before accelerating again.

Inflation in labor-intensive services is also pushing higher as spending shifts from goods.

“Services inflation is a sign of price pressures becoming embedded and these numbers are way too high for the Fed to take much comfort that monetary policy tightening to date has had much impact on underlying inflation,” said Brian Coulton, chief economist at Fitch Ratings.

The Fed last week delivered a fourth consecutive 75-basis-point interest rate hike and said its fight to lower inflation to the US central bank’s 2% target would require borrowing costs to rise further. It, however, signaled it may be nearing an inflection point in what has become the fastest rate hiking cycle since the 1980s.

Excluding the volatile food and energy components, the CPI increased 0.3% last month after gaining 0.6% in September. The so-called core CPI is being driven by surging rents as soaring mortgage rates price out prospective buyers.

Owners’ equivalent rent, a measure of the amount homeowners would pay to rent or would earn from renting their property, increased 0.6% after shooting up 0.8% in September. This measure jumped a record 6.9% on a year-on-year basis after rising 6.7% in September. But rental inflation has likely peaked.

The CPI rent measures are lagging independent measures, which are all showing moderate rises.

Core services prices rose 0.5%. Away from rents and other services, goods disinflation is broadening.

Prices of used cars and trucks plunged 2.4%. The cost of apparel declined for the second straight month as retailers offered discounts to move unwanted inventory.

There were also decreases in prices of furniture and bedding as well as appliances. As a result, core goods prices fell 0.4% after being unchanged in September, a function of slowing demand and recovering fractured global supply chains.

“The BLS methodology measuring health insurance prices has provided upward price pressure the last 12 months but should now give downward pressure the next year,” said Will Compernolle, a senior economist at FHN Financial in New York.

The core CPI increased 6.3% in the 12 months through October after jumping 6.6% in September.

Though job growth is slowing, the labor market remains extremely tight. The government reported last week that nonfarm payrolls increased by 261,000 in October, the smallest gain since December 2020. Employment growth has averaged 407,000 per month this year compared with 562,000 in 2021.

The unemployment rate rose to 3.7% from 3.5% in September. Still, there were 1.9 job openings for every unemployed person at the end of September.

“The data suggest that the labor market remains in relatively strong shape,” said Daniel Silver, an economist at JPMorgan in New York. – Rappler.com