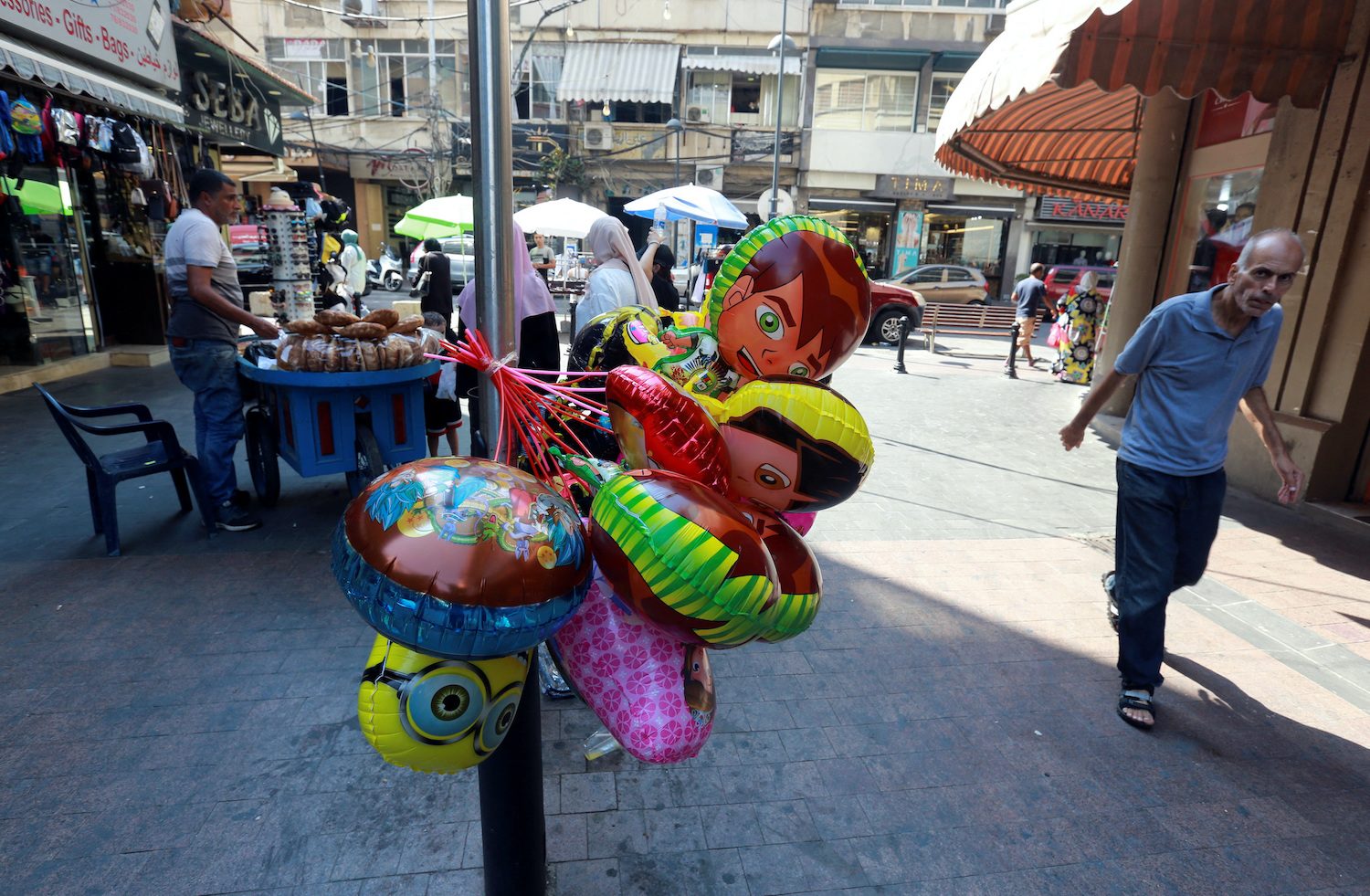 MARKET. A man walks near balloons for sale at a market in Sidon, Lebanon, September 6, 2022.

WASHINGTON, USA – Downside risks continue to dominate the global economic outlook and some countries are expected to slip into recession in 2023, but it is too early to say if there will be a widespread global recession, International Monetary Fund (IMF) spokesman Gerry Rice said on Thursday, September 15.

Rice told reporters that high-frequency data pointed to a further loss of momentum in the third quarter, given continued high inflation, supply chain problems, and tighter financial market conditions, but gave no details on any further revisions to the IMF’s outlook.

“Clearly what we had characterized as a global economic slowdown has only intensified in recent weeks and months,” Rice said in a virtual news briefing.

He said a continuing COVID-19 lockdown and real estate issues were weighing on economic activity in China, while the strengthening dollar had implications for many countries.

“Downside risks continue to dominate the outlook with just a tremendous amount of uncertainty that needs to be taken into account,” he said. “We do expect some countries to face recession in ’23. It’s too early to say whether that would be a widespread global recession.”

Even if some countries were technically not in recession, it would feel like a recession for many people around the world, Rice said.

He noted that in Africa alone, hunger had soared by one-third over the last two years, affecting 123 million people.

“Whatever you want to call it, it’s a horrendous situation for those people.” – Rappler.com