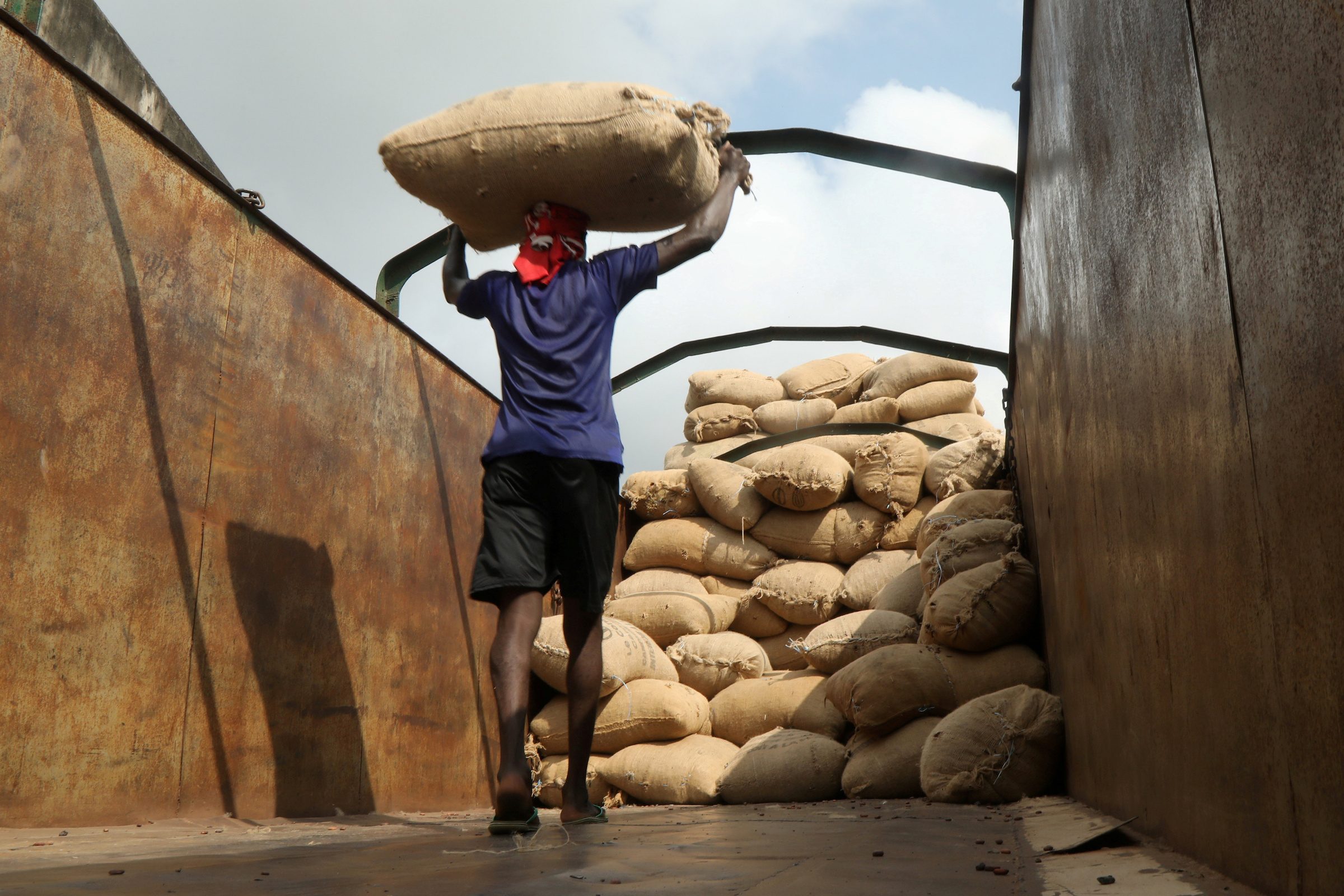 COCOA. A worker carries a sack of cocoa to load it into a truck in Soubre, Ivory Coast, January 8, 2021.

Ivory Coast has reduced a quality premium that cocoa exporters pay for the mid-crop harvest by 320 pounds ($443) per ton to turn it into a discount, in an effort to revive weak sales during the COVID-19 pandemic, according to 8 sources.

The premium of 70 pounds per ton has been cut to -250 pounds, or a discount of 250 pounds, by the Coffee and Cocoa Council (CCC), the 2 CCC sources and 6 industry sources told Reuters.

The “country-differential” premium – so called because exporters pay it because of the high quality of cocoa from Ivory Coast, the world’s top producer – is quoted in British pounds because supplies are primarily traded on a London exchange.

The reduction last month mostly cancels out a separate, $400 premium that exporters have to pay for export contracts. The move has helped lead to sharp increase in sale of mid-crop export contracts, from a total of 180,000 tons in early January to 460,000 tons last week, the sources said.

A spokeswoman for the CCC, the industry regulator, did not immediately respond to a request for comment.

The CCC is aiming to sell a total of 555,000 tons worth of contracts for the April-September mid-crop by the end of this month. The weak Ivorian contract sales have been caused by falling global demand for chocolate due to the pandemic and higher costs linked to the introduction of the living income differential (LID) premium this season.

The $400 per ton LID is intended to increase farmer wages, but exporters say it has made Ivorian cocoa too expensive compared with other origin countries.

“The CCC understood that with a country differential at 70 pounds and an LID at $400, it was impossible to have buyers,” the head of a European export company said.

The country differential for the ongoing main crop harvest was also reduced last month, by 70 pounds to -200 pounds per ton, the sources said. That reduction helped main export crop contract sales rise from 1.45 million tons at the end of December to 1.6 million tons last week, they said. – Rappler.com