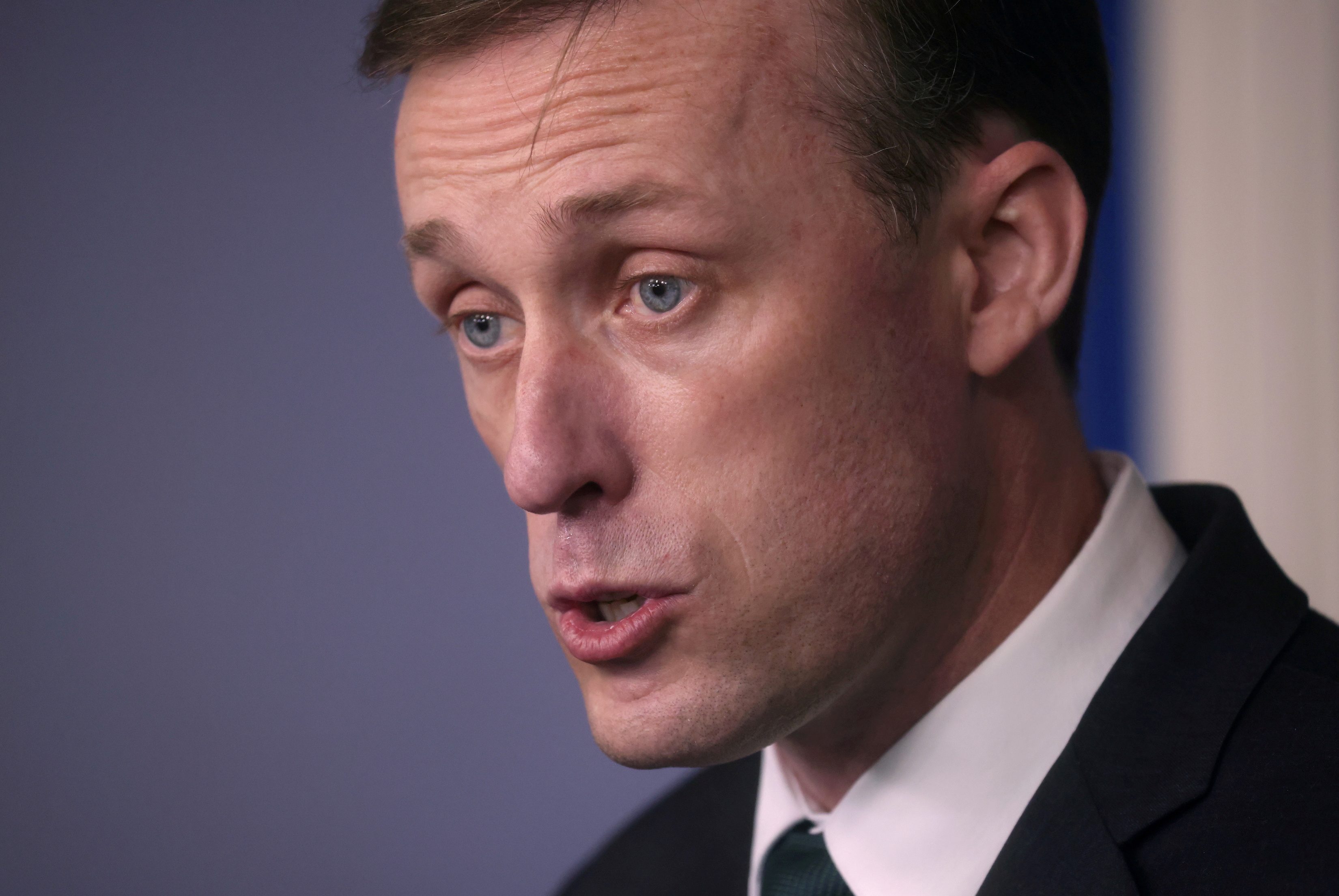 BRIEFING. US National Security Adviser Jake Sullivan takes part in a news briefing about the situation in Afghanistan at the White House in Washington, August 17, 2021.

A top aide to President Joe Biden raised the issue of oil prices and the global economy in conversations this week with top crude producer Saudi Arabia, according to the White House.

“The national security adviser and his team reiterated the imperative of creating conditions to support global economic recovery in his meetings earlier this week,” said a separate White House spokesperson on Thursday, September 30.

The Biden administration previously said those conditions include having more oil on the market to stop rising energy prices and help the economic recovery from the COVID-19 pandemic.

“The United States continues to speak to international partners, including OPEC (Organization of the Petroleum Exporting Countries), on the importance of competitive markets in setting prices and doing more to support the recovery,” the spokesperson said.

OPEC and allies including Russia, a group known as OPEC+ that is strongly influenced by Riyadh, are nonetheless expected next week to hold to a pact to add 400,000 barrels per day to their output for November.

Benchmark international Brent oil prices traded at $78.52 a barrel on Thursday, just shy of a three-year high, with average gasoline prices in the United States roughly a dollar higher per gallon than a year ago.

The push from the White House comes even as the administration has emphasized fighting the effects of climate change, which is caused by the burning of fossil fuels.

Rising prices and the threat of inflation on scores of goods and services have threatened to undermine an economic rebound that has been a primary focus of Biden’s presidency. – Rappler.com