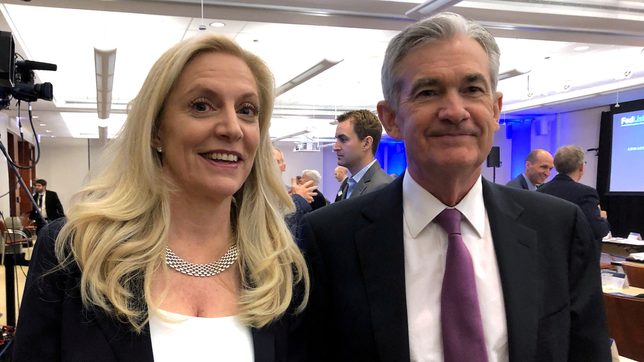 President Joe Biden ended months of speculation over his pick to run the Federal Reserve in reappointing Jerome Powell as chair and promoting Fed Governor Lael Brainard to the bank’s No. 2 role.

The announcement kicks off an approval process in the US Senate that could wrap up as early as next month or stretch into early 2022. Powell’s current term as chair expires in early February, and the Fed Board of Governors seat held by Richard Clarida, who currently holds the vice chair post to which Brainard has been nominated, expires at the end of January.

In the meantime, the Fed continues about its business, with its final policy meeting of the year in three weeks. Here’s what’s ahead for the leadership process and the Fed’s agenda:

The nominations of Powell and Brainard, whose stints as Fed board members date to 2012 and 2014, respectively, must be formally submitted to the Senate, which will refer them to the Senate banking committee, chaired by Democrat Sherrod Brown.

The committee, split evenly between Democrats and Republicans, will schedule confirmation hearings and then vote to either report the nominees favorably, unfavorably, or with no recommendation to the full Senate.

Fed officials including Powell and Brainard enter a “blackout period” starting at the end of next week ahead of their December 14-15 policy meeting, making it unlikely their confirmation hearing or committee vote could be held before then.

On to the full Senate

Regardless of the committee’s recommendation, the full 100-member chamber, also equally divided, then has the final say, with Vice President Kamala Harris designated as the tie-breaking vote should it come to that.

Both have been through this process before for their current posts. While neither received unanimous support in their previous nominations, both were ultimately approved.

Powell, a Republican who has focused extensively on his relations with Congress since becoming chair in 2018, is seen getting majority support from both parties. Brainard, a Democrat, may find less bipartisan backing, but at least one Republican – Susan Collins of Maine – told Reuters she would back both.

Broker-dealer BTIG in a note on Monday, November 22, said it expects the process to move quickly in December, starting promptly after the Fed’s next meeting.

“Our base case is that they will be cleared by the full Senate this year,” BTIG analyst Isaac Boltansky said.

Biden still has three vacancies to fill at the Fed’s seven-member Board of Governors, including the vice chair for supervision role recently vacated by Randal Quarles, who leaves the Fed at the end of the year.

These openings offer Biden an opportunity to put a lasting imprint on the central bank, and most analysts expect him to tap progressives and individuals of diverse backgrounds, especially for the bank-oversight role.

Progressives like Senator Elizabeth Warren of Massachusetts, upset with Biden’s choice of Powell, have ramped up calls for a tougher Wall Street cop in the supervision seat.

Biden said in his statement nominating Powell and Brainard that he would announce his choices for these roles in early December. Each will go through the same process detailed above. 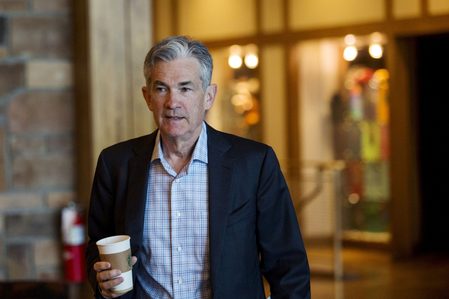 As the Powell and Brainard nominations weave their way through Capitol Hill, business at the Fed continues, with the year’s final policy meeting in just three weeks’ time and growing expectations for more decisive action to address annual inflation running at around twice the bank’s 2%-a-year target.

Earlier this month, officials took the first step toward putting policy on a more normal track after roughly a year and a half in an emergency footing designed to cushion the economy from the broadside delivered by the pandemic.

A number of Fed officials argue they need to accelerate that end-game process to bring inflation to heel – starting with a quicker end to their bond purchases and an earlier start to rate hikes.

Just how far Powell and Brainard are leaning in that direction is unclear, but both went out of their way on Monday as they stood alongside Biden to assure they are determined not to allow inflation to upend the ongoing economic recovery and hurt American families.

Mark Zandi, chief economist for Moody’s Analytics, sees a challenging few months ahead for the Fed, with almost as much uncertainty about the pandemic – and the risks that poses to the recovery – as about inflation.

“They have to raise rates quickly enough and take their foot off the accelerator fast enough that the economy doesn’t experience runaway asset markets or inflation that’s going to be tough to get back into something they feel comfortable with,” Zandi said. “It’s a very difficult dance they’re going to have to do.” – Rappler.com