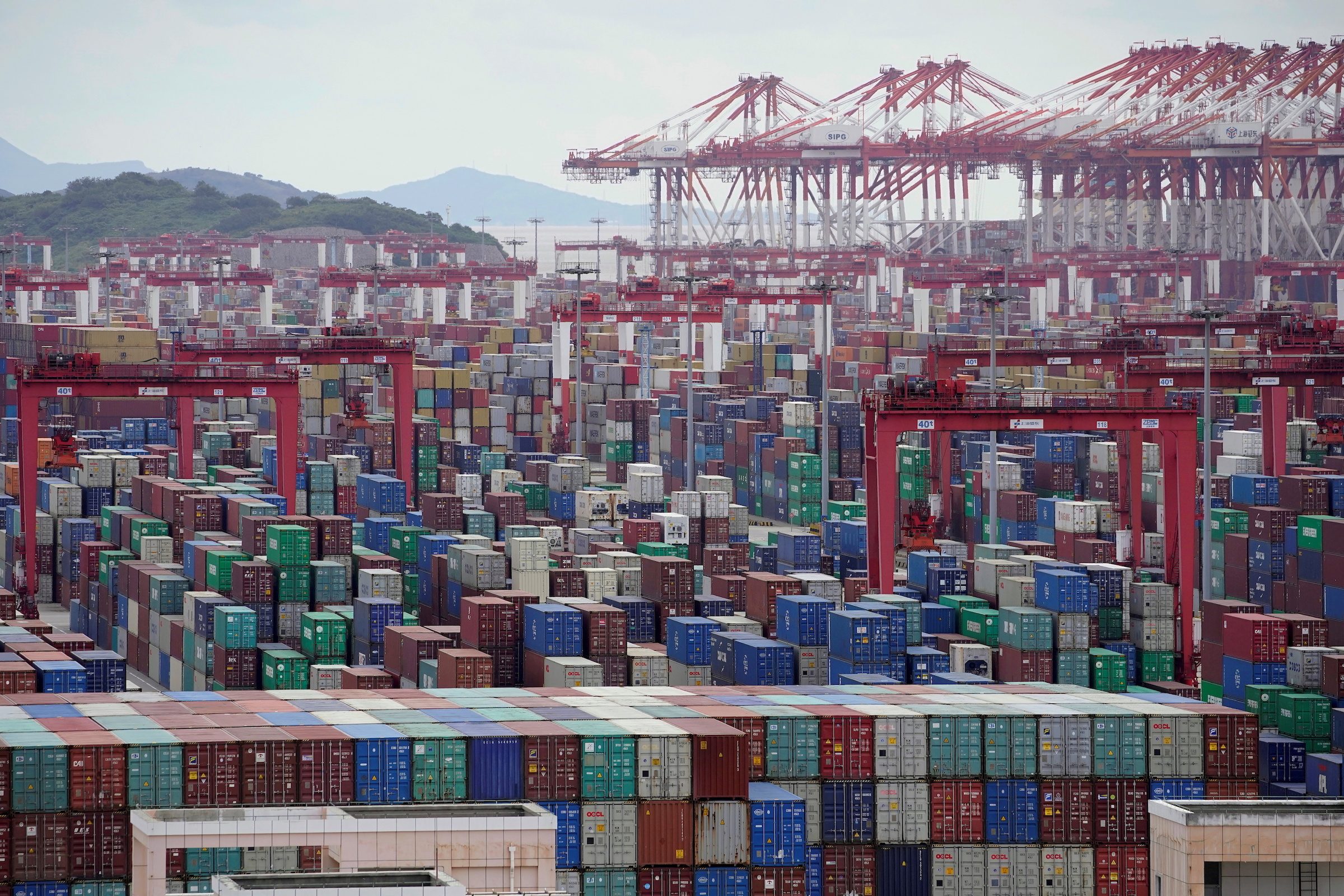 CONGESTION. Containers are seen at the Yangshan Deep-Water Port in Shanghai, China, October 19, 2020.

Facebook Twitter Copy URL
Copied
The latest wave of port congestion in eastern China could further drive up container shipping rates, which recently topped $20,000 per 40-foot box for the first time on the critical China-US route

Congestion off China’s top two container ports Shanghai and Ningbo is worsening following the shutdown of a container terminal in Ningbo where a COVID-19 case was detected this week.

Tighter restrictions to fight China’s latest coronavirus outbreak are starting to hit more parts of the economy. The highly transmissible Delta variant has been detected in more than a dozen cities since late July.

Forty container vessels were waiting at the outer Zhoushan anchorage on Thursday, August 12, up from 30 on Tuesday, August 10, when a worker at the Meidong container terminal tested positive for COVID-19, data tracked by Refinitiv showed.

Meidong terminal has suspended all operations since early Wednesday, August 11, while other terminals in Ningbo imposed restrictions limiting the number of people and cargos entering port areas.

Shipping company CMA CGM put out a note on Thursday saying that some vessels will be rerouted to Shanghai or skip port calls at Ningbo. Hapag-Lloyd expects the suspension in Meidong to cause delays in some planned sailings, according to a company statement.

Ports in nearby Shanghai, where many vessels are being rerouted, are seeing the worst congestion in at least three years. About 30 vessels are queuing outside Yangshan port, a key container terminal in Shanghai, Refinitiv data showed.

Ports in eastern China have been resuming operations and clearing backlogs following Typhoon In-fa, which dented container handling volume by 10% in late July from the same period last year, according to data from China Ports and Harbours Association.

The latest wave of port congestion in eastern China could further drive up container shipping rates, which recently topped $20,000 per 40-foot box for the first time on the critical China-US route as rising retailer orders ahead of the peak US shopping season added strain to global supply chains.

“Businesses should be acting now to make contingency plans for the holiday season. There is a real risk that in 2021 consumers will have the cash to spend but that retailers will struggle with availability of stock, volatility of costs, and their own financial viability,” said Simon Geale, executive vice president at Proxima, a supply chain consultancy. – Rappler.com