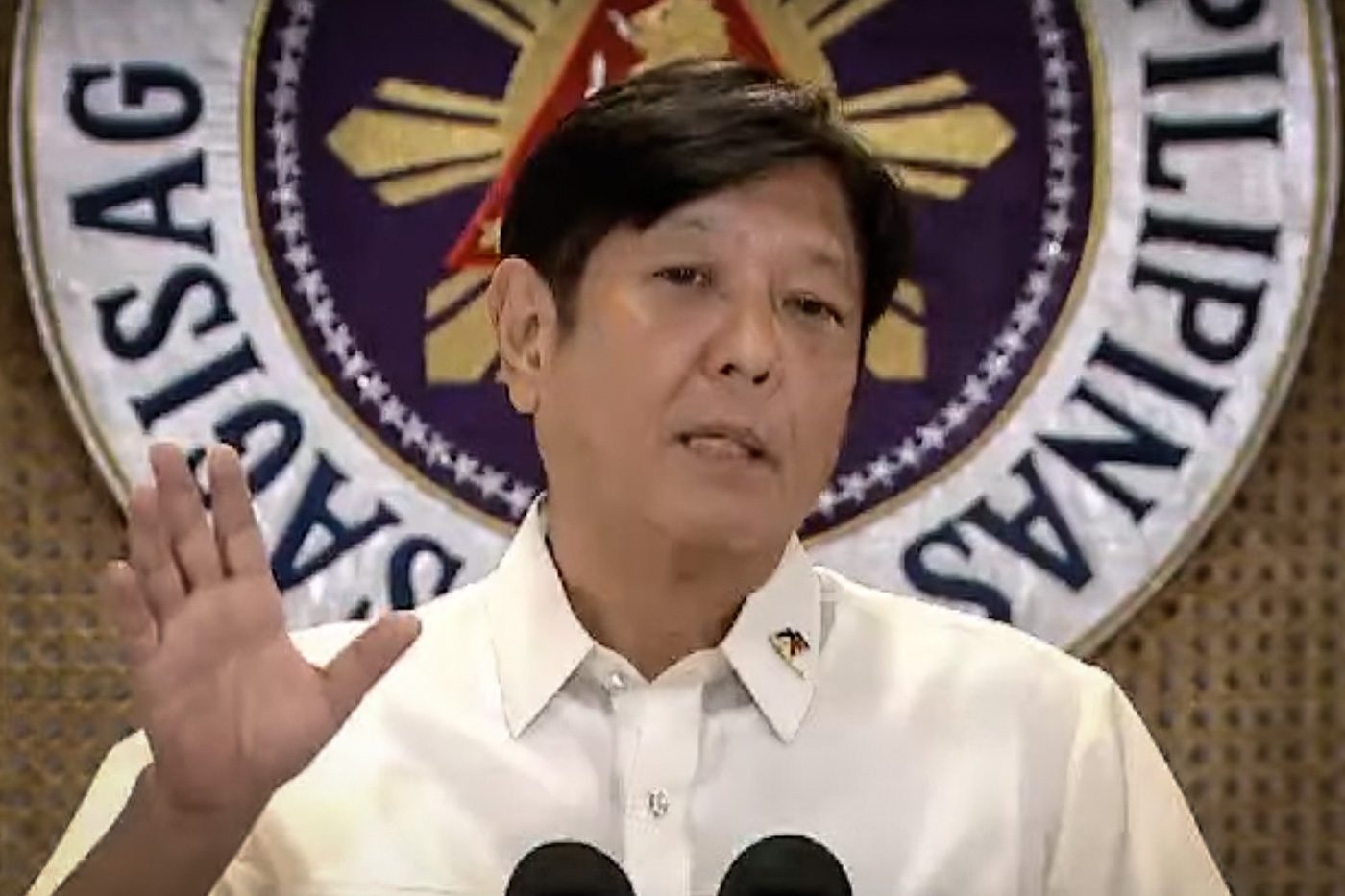 Facebook Twitter Copy URL
Copied
'We hope that the CA will reconsider and include in their deliberations the extremely deleterious effect this will have on power prices for ordinary Filipinos,' says President Ferdinand Marcos Jr.

MANILA, Philippines – President Ferdinand Marcos Jr. is hoping that the Court of Appeals (CA) will reconsider its decision suspending the power supply agreement of Manila Electric Company (Meralco) and a subsidiary of San Miguel Corporation, which may lead to higher power rates in Metro Manila.

The CA issued a temporary restraining order (TRO) on the power supply agreement (PSA) of Meralco and South Premiere Power Corporation (SPPC) after the companies were blocked by the Energy Regulatory Commission to hike power rates.

The TRO will be effective for 60 days. The TRO was issued by the CA’s 14th Division last November 24.

“The implementation of the PSA between Meralco and San Miguel, it is unfortunate that this has happened. It will cause further dislocations and possible price increase for power,” President Marcos said over the weekend.

“We hope that the CA will reconsider and include in their deliberations the extremely deleterious effect this will have on power prices for ordinary Filipinos,” Marcos added. Meralco and SPPC earlier pleaded with the ERC to allow it to hike generation charges due to higher coal and natural gas prices.

Dimalanta said that some 7.5 million consumers in Metro Manila and nearby provinces are exposed to higher electricity prices.

The fixed price PSA of Meralco and SPPC covers 670 megawatts of supply. The PSA shields Meralco consumers from price volatility in the Wholesale Electricity Spot Market.

“If these PSAs are immediately suspended, this brings us precisely to the situation which we at the ERC have sought to avoid with our ruling that required the proper observance of the terms of the PSA, including the contractually-agreed process of termination,” Dimalanta said.

“How should Meralco react given that the PSA suspension is temporary? This is a desperate move from SMC, and with the CA’s approval, consumers are left to foot the bill for SMC’s business decisions to use volatile coal and gas in its power contracts,” said Gerry Arances, P4P convenor. –Rappler.com