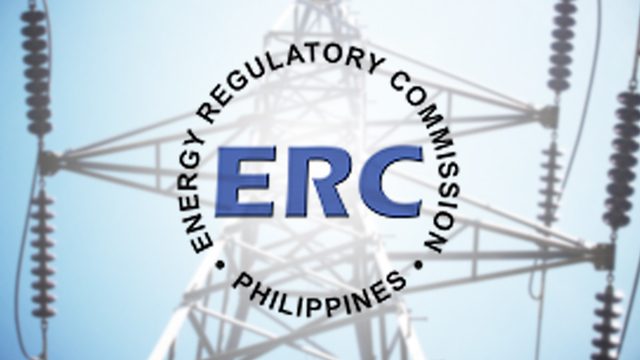 Facebook Twitter Copy URL
Copied
The Energy Regulatory Commission says it 'cannot afford relief to any party for its miscalculations, imprudence, or inadvertence, at the cost of the consumers'

MANILA, Philippines – The Energy Regulatory Commission (ERC) has denied the joint petition of San Miguel Corporation (SMC) and the Manila Electric Company (Meralco) to increase rates and pass on the effects of price spikes to the public.

Consumer group Power for People Coalition lauded the decision and called it “historic.”

“The ERC’s recent history has made consumers pessimistic about the willingness of the agency to defend consumer rights. We are glad to have been proven wrong in this case,” said Gerry Arances, P4P convenor.

What the petition is about

SMC chief Ramon Ang said that the Russia-Ukraine war “has taken prices far beyond” what his company and Meralco even imagined in 2019.

The billionaire pleaded to regulators that “in this time of extraordinary circumstance and difficulty, please, let’s not cripple them [power plants].”

The thinning of Malampaya gas field’s supply, which in turn supplies gas for the Ilijan plant, has also resulted in an output drop. This prompted San Miguel to buy fuel abroad.

The result of the rising coal and gas prices? A whopping P15 billion in losses.

To recover a portion of the losses or just around P5.2 billion, the power companies sought a temporary rate hike of P0.30 per kilowatt hour to be amortized for six months.

The hike would supposedly ensure that the fixed-rate supply deal would be maintained over the longer term.

SMCGP went on to warn the ERC that without the rate hike, it would be forced to terminate the supply deal with Meralco.

SMCGP’s subsidiaries – South Premiere Power Corporation (SPPC) and San Miguel Electric Corporation, administrators of the Ilijan and Sual plants, respectively – had issued notices of termination to Meralco effective October 4, should the ERC fail to act on the price adjustments.

SMCGP warned that the termination of the deal with Meralco would likely force the Pangilinan-led power company to source power from the Wholesale Electricity Spot Market (WESM), which would be costlier.

Why the ERC denied the price hike

In a 40-page decision penned by ERC chair and chief executive officer Monalisa Dimalanta, the ERC underscored that the power supply agreements do not require SPPC to get its supply exclusively from the Ilijan power plant and could procure power from other sources.

The regulatory body also emphasized that the thinning Malampaya natural gas field supply was public knowledge. The Department of Energy even issued notices back in 2014 and 2015, in relation to the issues. The ERC said that the challenge in procuring power from Malampaya and other sources should have been factored in price offers.

“As a prudent business entity, it is expected that SPPC would have risk-mitigating strategies in place to ensure compliance with its contractual obligations,” ERC said.

The ERC also told Meralco that it should have “exercised prudence” in ensuring suppliers would have the necessary fuel for the operation of its facilities when the power supply agreement was awarded.

“The Commission, therefore, cannot afford relief to any party for its miscalculations, imprudence, or inadvertence, at the cost of the consumers,” ERC said.

The ERC also pointed to an order made in June 2020, where it expressed that power suppliers bear the risk of market volatilities, as against passing it on to consumers.

“The Commission is well aware of the fact that should this Joint motion for Price Adjustment be given favorable action, there will be subsequent filings by the parties for subsequent adjustments. Applicants…confirmed as much during the clarificatory hearing. To what extent and by how much such adjustments will be sought remains unclear. What is clear is that there is no basis for such relief under the [power supply agreement] for it is in the nature of a financial contract with a fixed price,” ERC said.

The ERC added that it is “not blind to the woes and difficulties faced by consumers and businesses alike.”

The decision said that Meralco and San Miguel’s subsidiaries entered into the power supply agreement “on their own free will, without pressure or intervention from anyone.”

P4P said that San Miguel and Meralco’s petition was an “excuse” to escape the fixed price clause and “make consumers foot the bill for their chosen fuel, alleging that they could not have foreseen the price spikes in the world market.”

“For so long, fossil fuel has been preferred by energy companies like [San Miguel] to profit off to the detriment of consumers. I hope this serves as a lesson for San Miguel that the tides have changed, that fossil fuel power will only continue to be costly to both themselves and consumers, and that gone are the days when they could treat Filipinos like a cushion to their generation costs,” said Arances.

Meralco and San Miguel have yet to issue statements as of posting time. – Rappler.com