POWER COSTS. Senate President Juan Miguel u201cMigzu201d F. Zubiri, during the organizational meeting of the Committee on Energy Wednesday, August 10, 2022, reiterates his concern over the continued price increases of electricity in the countryside.

Facebook Twitter Copy URL
Copied
(1ST UPDATE) The Mindanao Coalition of Power Consumers calls on the Department of Energy, and Energy Regulatory Commission to step in and look into onerous contracts between power distributors and producers

The Mindanao Coalition of Power Consumers (MCPC) called on the Department of Energy and the Energy Regulatory Commission (ERC) to step in and look into what it called onerous and consumer-unfriendly contracts. 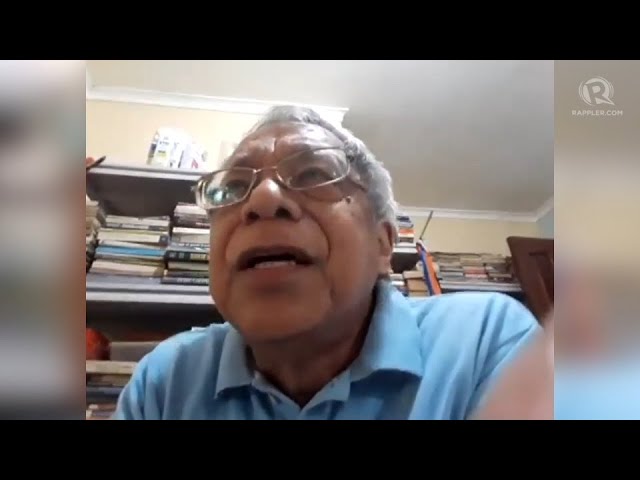 “They should review and nullify the contracts which we consider illegal,” said MCPC president David Tauli, a former senior vice president of the Cagayan Electric Power and Light Company (Cepalco).

The call came after Senate President Juan Miguel Zubiri sought on Monday, August 8, a review and amendment of the 21-year-old Electric Power Industry Reform Act of 2001 (EPIRA) as he noted the increasing power rates in Northern Mindanao, his home region, and elsewhere in the country.

During a privilege speech, Zubiri cited the case of Cagayan de Oro where he said power rates increased from P10.62 per kilowatt-hour in January to P14.90 in July.

“It has been 21 years since we passed the EPIRA. If we need to review and amend it to respond to the condition at this time, we are prepared to do so. It is now ripe for review,” Zubiri said.

He said President Ferdinand Marcos Jr. himself had asked for lower power costs during his first State of the Nation Address (SONA).

The power rates differ depending on the time of day and are higher during peak hours.

In a 2021 paper, the Cagayan de Oro-based Institute of Power Sector Economics (IPSE) noted an average 20.5% increase in the power rates of all distribution utilities in Mindanao from 2016 to 2020 alone.

The distributors charged consumers an average of P7.4 per kWh in 2016. Four years later, their average rate was P8.9 per kWh, IPSE said.

The institute also noted that investor-owned power distributors in Northern Mindanao like Cepalco had the highest rate increase at 34.3% or from P6.4 to P8.6 per kWh from 2016 to 2020.

The region’s electric power cooperatives had the least rate increase during the period at 15.8%.

“The increases have been mainly in the generation component of rates, or the prices of power supply from generating plants,” read part of the IPSE paper.

The problem, according to Tauli, was mainly on Mindanao’s increased dependence on coal-fired power plants, and the power distributors’ questionable contracts with private power producers.

“Since 2019, we have been talking to distribution utilities to start shifting to renewable energy sources to reduce the costs of power. But for many reasons, they have not been doing that,” he told Rappler.

Tauli also said Mindanao’s power consumers have long been shouldering the costs of electricity which they have not used as a result of the contracts between the distributors and companies that generate electricity, mostly through coal-fired power plants.

He said the distribution utilities contracted long-term baseload power supply from coal-fired and oil-fueled power plants without carrying out public bidding or other acceptable forms of least-cost procurement as required by the EPIRA.

Tauli said most of Mindanao’s distribution utilities have over-contracted their base load power supplies.

Despite the non-dispatch of the full contracted capacity, Tauli said, the distributors were being charged by generating companies for the unused power.

He said the distributors then pass on the burden to consumers.

“These are take-or-pay contracts, many of which we consider illegal because there were no public biddings,” he said.

Tauli said the contracts also resulted in the distributors buying power supply from the power plants at much higher rates in violation of the EPIRA.

Rule 7, Section 4(h) of the Implementing Rules and Regulations of the EPIRA provided: “A distribution utility shall supply the electricity in the least cost manner to the captive market within its franchise area, subject to the collection of retail rates duly approved by ERC.” – Rappler.com