World economy back to pre-pandemic level in 2021 – OECD 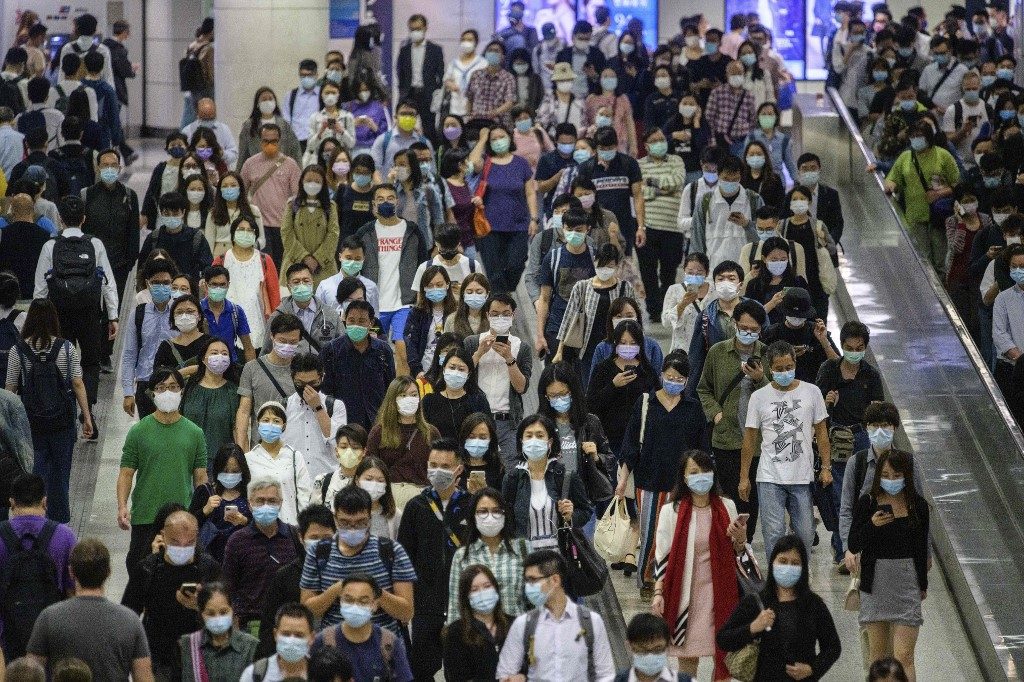 Facebook Twitter Copy URL
Copied
The Organisation for Economic Co-operation and Development now sees world output dropping by 4.2% in 2020, but expects 4.2% growth in 2021

The global economy may get back to pre-pandemic levels by the end of next year as vaccines help propel recovery, but growth is likely to be uneven, the Organisation for Economic Co-operation and Development (OECD) said on Tuesday, December 1.

Signs that vaccines could now be weeks away from distribution have injected cautious optimism as the year limps to a close with COVID-19 having claimed some 1.4 million lives.

“For the first time since the pandemic began, there is now hope for a brighter future,” OECD Chief Economist Laurence Boone wrote in her introduction to the organization’s latest review of the global economic outlook.

“Progress with vaccines and treatment have lifted expectations and uncertainty has receded,” she said, acknowledging that virus containment measures would likely be necessary for some months to come.

“The road ahead is brighter but challenging,” Boone added.

The OECD now sees world output dropping by 4.2% this year thanks to the months-long lockdowns that slowed the spread of the coronavirus but threw a wrench into the global economy.

The forecasts for the contraction and the recovery are both more modest than those in its September update, despite many countries imposing new restrictions to slow the spread of the coronavirus.

The OECD, which advises its 37 member nations on stimulating economic progress and world trade, credited the quick recovery to “unprecedented” action by governments and central banks.

“Without massive policy support, the economic and social situation would have been calamitous,” Boone said.

She said that support “will pay off handsomely” in the coming months.

“The rebound will be stronger and faster as more and more activities reopen, limiting the aggregate income loss from the crisis,” Boone said.

But that rebound is likely to be uneven and may lead to lasting changes in the world economy, the OECD warned.

China is likely to be the only major economy to escape a contraction this year, with its economy growing by 1.8% and then surging by 8% in 2021.

On the other hand, the United States economy will contract by 3.7% this year but is only likely to manage 3.2% growth in 2021.

Even other major emerging nations are also expected to only slowly recover.

Overall, China is expected to account for one-third of global growth next year, while Europe and North America are expected to contribute less than their weight in the global economy.

Despite the expected imminent distribution of vaccines, the global economic outlook remains “exceptionally uncertain,” said the OECD, given the difficulties of rolling out massive vaccination campaigns, uncertainties about how long the vaccines will provide protection, and the need to impose restrictions in the meantime.

The OECD also sounded the alarm about the social impact of the pandemic crisis which has seen many people thrown out of work.

“Despite the huge policy band-aid, and even in an upside scenario, the pandemic will have damaged the economic fabric of countries worldwide,” said Boone.

She urged governments not to let up on support measures as COVID-19 vaccines become available even as public debt levels soar to unprecedented levels.

“Heightened policy activism need not be a concern if deployed to deliver higher and fairer growth,” Boone said, noting that the cost of debt is at record lows.

The OECD urged governments to focus their efforts on essential goods and services such as education, health, physical, and digital infrastructure that lay the foundations for growth.

It also called for decisive actions to reverse the rise in poverty and income inequality and a return to international cooperation. – Rappler.com