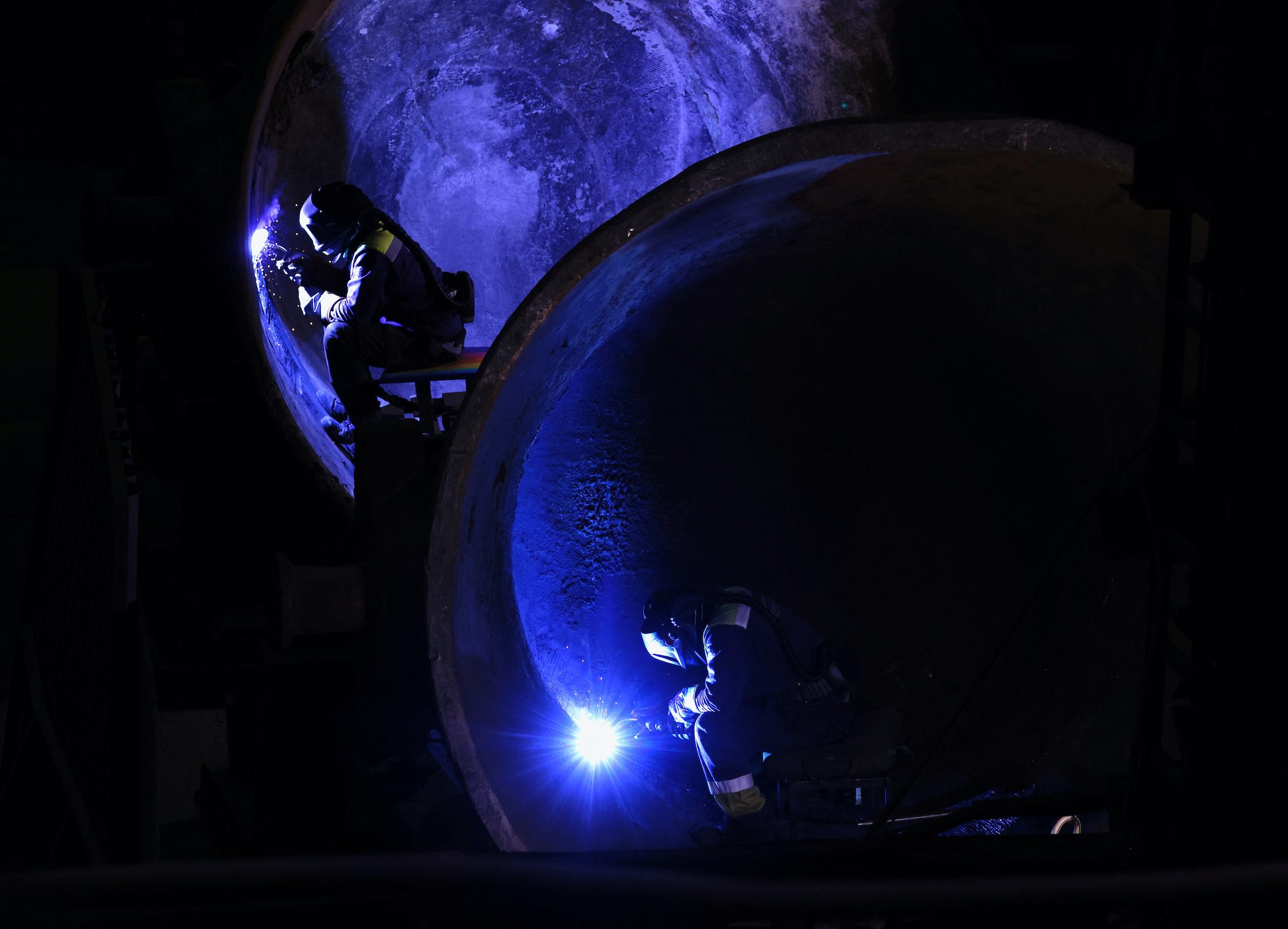 STEEL. Workers use blowtorches during the maintenance of a machine at the Belgian site of stainless steel maker Aperam, which has been forced to slow production due to spiraling energy prices, in Genk, Belgium, September 22, 2022.

PARIS, France – Global economic growth is slowing more than was forecast a few months ago in the wake of Russia’s invasion of Ukraine, as energy and inflation crises risk snowballing into recessions in major economies, the Organisation for Economic Co-operation and Development (OECD) said on Monday, September 26.

The Paris-based policy forum was particularly pessimistic about the outlook in Europe – the most directly exposed economy to the fallout from Russia’s war in Ukraine.

Global output next year is now projected to be $2.8 trillion lower than the OECD forecast before Russia attacked Ukraine – a loss of income worldwide equivalent in size to the French economy.

“The global economy has lost momentum in the wake of Russia’s unprovoked, unjustifiable, and illegal war of aggression against Ukraine. GDP (gross domestic product) growth has stalled in many economies and economic indicators point to an extended slowdown,” OECD Secretary-General Mathias Cormann said in a statement.

The OECD projected eurozone economic growth would slow from 3.1% this year to only 0.3% in 2023, which implies the 19-nation shared currency bloc would spend at least part of the year in a recession, defined as two straight quarters of contraction.

That marked a dramatic downgrade from the OECD’s last economic outlook in June, when it had forecast the eurozone’s economy would grow 1.6% next year.

The OECD was particularly gloomy about Germany’s Russian-gas dependent economy, forecasting it would contract 0.7% next year, slashed from a June estimate for 1.7% growth.

“Monetary policy will need to continue to tighten in most major economies to tame inflation durably,” Cormann told a news conference, adding that targeted fiscal stimulus from governments was also key to restoring consumer and business confidence.

“It’s critical that monetary and fiscal policy work hand in hand,” he said.

Though far less dependent on imported energy than Europe, the United States was seen skidding into a downturn as the US Federal Reserve jacks up interest rates to get a handle on inflation.

Despite the fast deteriorating outlook for major economies, the OECD said further rate hikes were needed to fight inflation, forecasting most major central banks’ policy rates would top 4% next year.

With many governments increasing support packages to help households and businesses cope with high inflation, the OECD said such measures should target those most in need and be temporary to keep down their cost and not further burden high post-COVID-19 debts. – Rappler.com