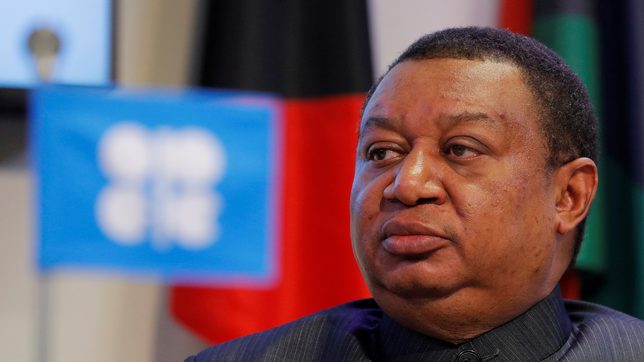 HOUSTON, USA – Attempts to cut investment in oil and gas to combat climate change are “misguided,” Organization of the Petroleum Exporting Countries (OPEC) Secretary General Mohammad Barkindo told an energy conference on Wednesday, December 8, arguing that producers have a critical role to play during the transition to cleaner fuels.

Speaking at the World Petroleum Congress in Houston via webcast, Barkindo took up the themes of several earlier speakers at the conference, arguing a lack of investment in fossil fuels could lead to energy shortages, market imbalances, and higher prices.

“If the necessary investments are not met, it could have knock-on implications and leave long-term scars, particularly for security of supply – affecting not only producers but consumers too,” said Barkindo.

Speakers at the four-day conference this week have offered their own dire counterpoint to last month’s United Nations climate change conference. Where environmentalists at COP26 warned of a climate catastrophe, oil and gas executives forecast uncertain energy security and supply without their products.

Barkindo, who had canceled an in-person appearance, championed an active role for oil and gas companies and stressed the need for fossil fuel to deliver energy security and supply.

“Climate change and energy poverty are two sides of the same coin. We need to ensure energy is affordable for all; we need to transition to a more inclusive, fair, and equitable world in which every person has access to energy,” he said.

Earlier in the conference on Wednesday, Occidental Petroleum Corporation chief executive Vicki Hollub bemoaned what she said was the exclusion of oil officials from key parts of the UN climate conference in Glasgow.

Addressing climate activists’ calls for a halt to new oil and gas projects around the world, Barkindo cautioned listeners, “We have to really think about what the energy transition means.”

OPEC’s estimates of future energy needs put the share of oil and gas in the energy mix at 52% by 2045, with renewables making up the remaining 48%, he said. – Rappler.com